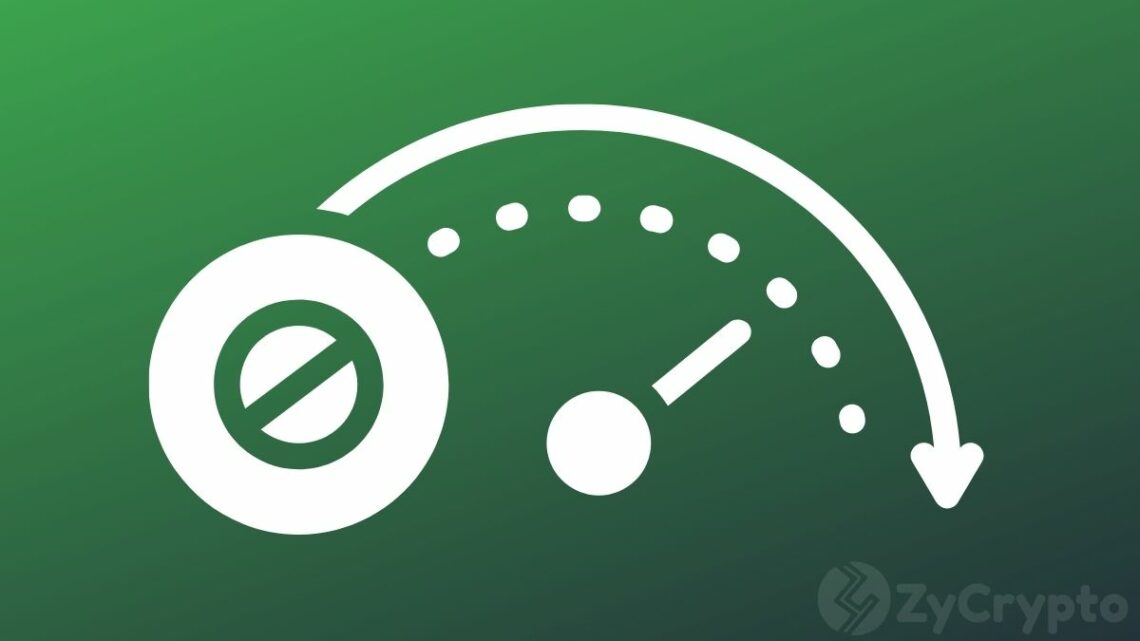 Bitcoin Edges Closer To $50,000 Amid Mounting Upside Momentum – Can It Sustain The Bullish-October Norm?

For the last week and a half, the price had been bouncing off in a tight range, with $44,000 acting as an overhead barrier and $41,000 holding as a floor.  During this period, the overall crypto market witnessed a fair share of ups and downs with various quarters believing that we were in an “all market bubble” even as China puts the last nail on the crypto mining coffin.

Ethereum also recorded a 10.39% increase in value as the price broke out of a parallel channel, slicing through and closing above the $3,170 resistance to recoup $3,278.40. Other altcoins also witnessed a green day with Solana growing by 13% on the day as the asset traded just above $156.0 by noon. On the other hand, Polkadot regained 10% of its value to reach $31.40, adding to the week’s gains after the price bottomed at $26.11 on Tuesday.

According to historical data, the fourth quarter of most past years has always exhibited a spirited bull run for Bitcoin, as well as other derivative markets, a norm that is likely to recur.

These bullish momentums mostly kick off in early October pushing through to December when bulls lose their strength as the markets witness mass profit taking throwing price in yet another bearish cycle.

In 2017, the price resumed a bullish run on October 10 after temporarily recoiling at $4,700 from a previous bullish move ignited in April. The Q4 saw price surge to trade at just over $19,000 by mid-December.

2020’s bull run which extended into 2021 also ignited fully in October 2020 as price broke out of a two-year bearish market cycle, gaining momentum which saw it push upwards setting up a new All-Time-High of $64,854 in April this year.

These bull runs, not to mention the 2013 similar run, have established a repetitive pattern, which is bound to repeat itself according to technical analysts. A break and close above the $44,000 barrier is a sigh of relief for Bitcoin traders as the area is now considered a psychological support level from where price will gather momentum to explode higher.

However, despite Friday’s move, Global macro investors founder and CEO Raoul Paul warns that Bitcoin still has another barrier to break; the $59,000 resistance and a price consolidation pattern that seems to be forming. 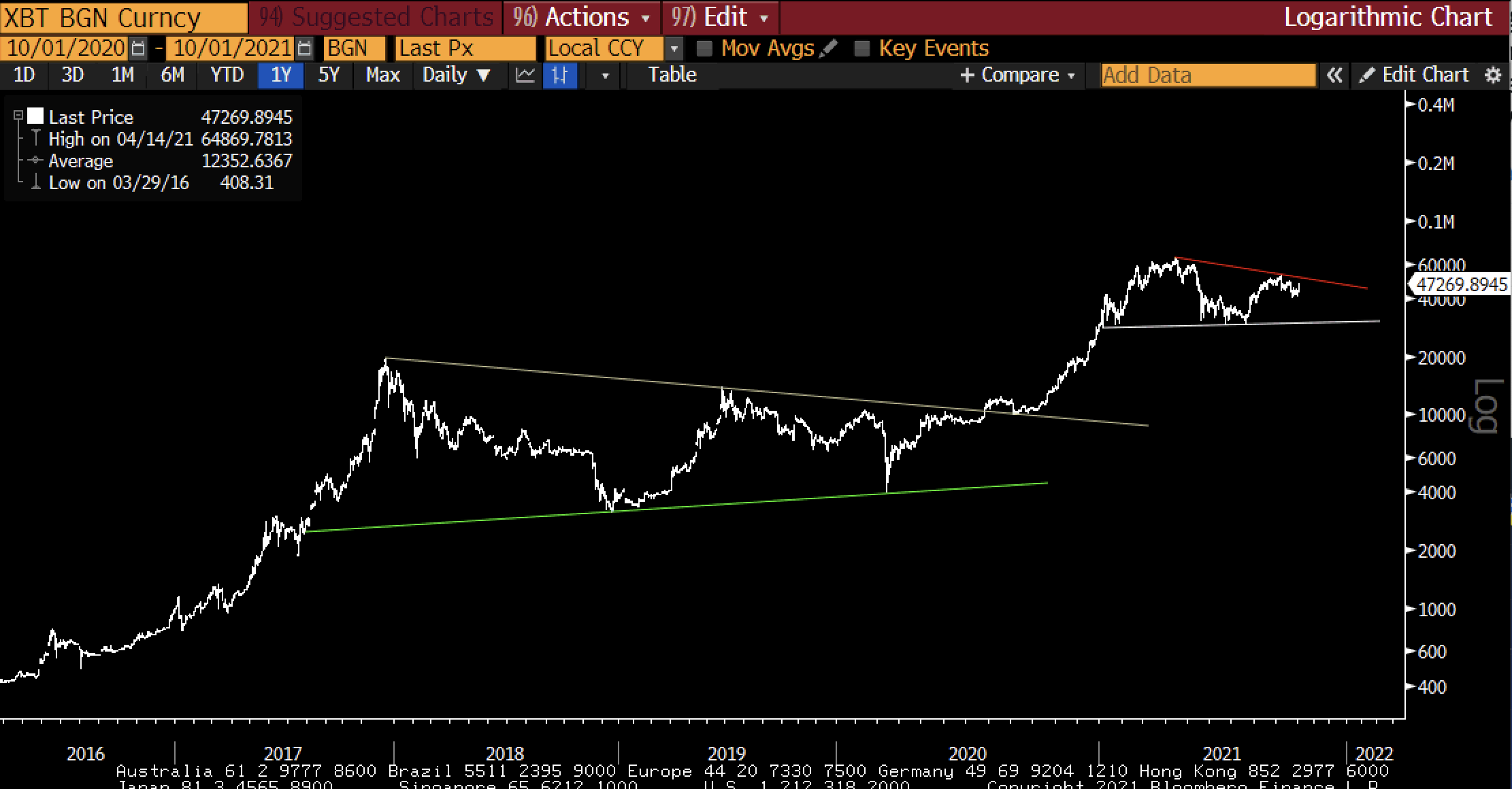 “The Bitcoin long-term log chart looks pretty luscious. Who knows if the wedge breaks on the first attempt but a consolidation pattern of this magnitude usually leads to a very, very powerful upside move.” He says.

Cosmos Bridge to Ethereum Is Slated to Launch in 2021
Technology