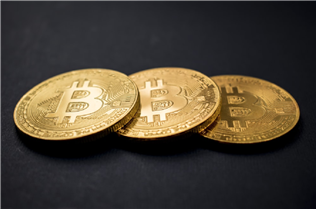 As Bitcoin has reached new all-time highs surpassing $52,000, experts consider that the virtual currency could continue growing in the future and reach massive levels. One of these targets is $80,000 in the coming months.

Konstantin Anissimov, the Executive Director at CEX.IO, believes that by the end of the second quarter of this year, Bitcoin could definitely see $80,000. Moreover, he has also stated that this target might come sooner than expected.

During a conversation with UseTheBitcoin, Konstantin Anissimov, explained how Bitcoin was able to move from $30,000 to $40,000 and then surging to over $50,000. However, this might not be the end of the bull market for this cryptocurrency.

The analyst has predicted the digital currency to reach $50,000 during the first quarter of this year. Now that this target has been reached, the next movement could be for Bitcoin to hit $80,000 by the end of Q2. Nonetheless, this price level could come sooner than expected if the market continues to move higher.

On the matter, he stated:

“The coin managed to do it already, indicating that its price is moving faster than predicted by analyzing its stock-to-flow. This could indicate that other milestones — such as our prediction that BTC could hit $80,000 by the end of Q2 — might also come sooner than expected.”

Anissimov has also mentioned that the crypto industry remains highly unpredictable. That means that digital assets could move higher in just seconds and without nobody expecting it. For example, Binance Coin (BNB) has reached a price of $260 after being traded close to $4 in 2018.

In the last few days, BNB was able to grow by over 100% and become the third-largest cryptocurrency in the world with a market valuation of $40 billion. However, BNB remains far from reaching Ethereum (ETH), the second-largest virtual currency with a market capitalization of $220 billion.

Other digital assets that could start moving higher in the coming weeks include Ethereum (ETH), Litecoin (LTC), Cardano (ADA) and Polkadot (DOT). Nevertheless, this can change over time. This is not financial advice.

The main question is whether Bitcoin could hit $100,000 and if this can happen in the next few months. Companies continue to invest in Bitcoin and several other firms are offering users the possibility to enter the market and get access to digital currencies.

Where Should You Go for Crypto Derivatives Trading in 2021?