Bitcoin Closing in On $16k: Is the Price Boost All About the Election?

This has been a big week for Bitcoin.

As the world has been gripped by the nail-biting drama that is the US Presidential election, and the number of daily COVID cases in the United States continue to rise to new all-time highs, Bitcoin has not been the recipient of a whole lot of main-stream coverage.

Perhaps that is why Nic Carter, “anti-authoritarian technology” investor and renowned Crypto Twitter commentator, referred to BTC’s move past $15,000 this week as the “quietest bull run ever.”

Of course, it is understandable that the world has other things to do right now, but indeed, Bitcoin’s veritable explosion from $13,193 one week ago to levels approaching $16,000 at press time may be the most important piece of news that you didn’t hear much about this week.

The elephant in the room is, of course, the United States presidential election.

Philip Gradwell, Chief Economist at blockchain data analysis firm, Chainalysis, told Finance Magnates that “the close and contested US election results and the price jump this week is not a coincidence.” 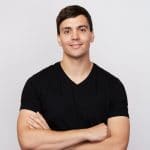 “But, it adds an anecdote to the trend in place since mid-March that bitcoin is seen as an asset to hold in a world of macroeconomic uncertainty,” he added.

And indeed, while Bitcoin did crash as a result of the COVID-related financial chaos on March 12th, BTC’s recovery seems to have positioned the asset as a resilient store-of-value capable of withstanding global financial chaos and uncertainty.

Mark Sgamburelli, Co-founder of xBTC, told Finance Magnates that a Biden victory will “be positive for crypto” overall. 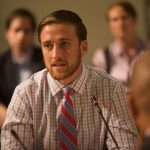 Sgamburelli “also, another round of stimulus will go through quickly and likely be bigger than if Trump were president,” and we all know how much BTC loves quantitative easing.

“It Will Be in America’s Best Interest to Begin Clarifying Cryptocurrency Policies in Both Legal and Financial Frameworks.

But beyond QE and macroeconomic trends, Sgamburelli also believes that it is possible that a Biden presidency could set the United States on a course to become the world’s technological leader, a factor that could place cryptocurrencies and blockchain technology on center stage.

“Biden has taken a strong stance on being a leader on the world stage and especially backing down Russia and China. Russia and China are taking strong, progressive, and innovative stances on digital assets,” Sgamburelli theorized.

“It will be in America’s best interest to begin clarifying cryptocurrency policies in both legal and financial frameworks. A Biden presidency along with some pro bitcoin politicians like Cynthia Lummis will hopefully push to try and get America in the lead on digital assets.”

After all, while talk of a Russian “CryptoRuble” has been in the works for several years, China is well on its way to creating its own national digital currency, a fact that seems to have spurred a movement toward the creation of central bank digital currencies (CBDCs) across the globe.

Of course, the creation of CBDCs may not have much to do with the welfare of Bitcoin (at least not now). While both of these types of assets are blockchain-based cryptocurrencies, some analysts have described them as polar opposites.

“The US Is Currently in a Gray Area with Regards to Digital Assets.”

“Innovation can continue to happen without further clarification, though projects may be fined down the line it is rare that they are completely shut down. In this world a gridlock would at least not send digital assets backward,” he explained.

“With the current focus on COVID and broader policies around health care and taxes, digital assets could take a back seat for the foreseeable future. However, as Bitcoin rises in value (which it looks like it will continue to do) nations that led the way like China will benefit inordinately. This will start to force policymakers’ hands in America to open up to innovation and investments in digital assets.”

But of course, while the election drama may be affecting the price of Bitcoin at the moment, the BTC price is not all about who the next US president will be.

In fact, Ulrik Lykke, Co-founder of crypto hedge fund ARK36, told Finance Magnates that “what is driving the price of Bitcoin up at the moment” is a combination of two important factors: first, “old accounts in the market that accumulate bitcoins at the current and lower prices,” in other words, long-term hodlers.

Ulrik Lykke explained that the second factor currently boosting the price of Bitcoin is “an influx of new accounts, both large and small, that are trying to hedge their capital.” Indeed, data from Glassnoder earlier this year also showed record amounts of increase in the number of new, unique Bitcoin wallets that were being created each day.

The number of unique entities appearing for the first time in the #Bitcoin network is surging.

This growth rate is the largest we have seen since late 2017.https://t.co/5jkNJtEM6Z pic.twitter.com/cn8ALmhmVc

“This is a natural trend but it’s especially relevant now when the value of the capital held in cash is being quickly diluted,” Lykke added.

In addition to the increase of long-term hodlers and new BTC buyers, Lykke pointed out that “we have seen companies like Grayscale Trust, Square, and Microstrategy buy large amounts of bitcoin” over the last two months.

“For each of these entities, a large number of retail investors would need to enter the market in order to push the price upwards as much as they did.

Steve Ehrlich, Founder and Chief Executive of Voyager Digital, also pointed out to Finance Magnates that BTC is still being boosted by PayPal’s recent introduction of crypto services, which “received 3x more interest than was initially anticipated.” 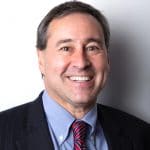 “For all intents and purposes, Bitcoin and crypto have gone mainstream. With MicroStrategies adding hundreds of millions of dollars to their balance sheet & Square adding $50 million of Bitcoin to its balance sheet, it’s no longer just retail customers and speculative investors buying up Bitcoin,” Ehrlich said. “It’s institutions and public companies migrating cash reserves into the decentralized asset.”

The Bull Rally Is “Likely to Continue,” but the Market Could Still “Unwind”

Chainalysis’s Phillip Gradwell believes that “the bull rally is likely to continue.”

“The world has a lot of macroeconomic uncertainty,” he said, “and relatively few assets that perform well in this uncertainty. Bitcoin is now viewed as one of these assets and there are relatively few Bitcoin available.”

As a result, “people who already own bitcoin are largely continuing to hold, and those who are selling are outnumbered by those who are buying.”

Still, it is not impossible that the seemingly bullet-proof rally that BTC is currently steeped in could come to an end. “Given that Western investors are driving the current market as they look for a hedge against macroeconomic uncertainty, there are three ways the current market could unwind,” Gradwell said.

The first of these three possible unwindings could be a reduction in macroeconomic uncertainty: “now, that has not been the direction of 2020,” Gradwell acknowledged. “But bitcoin investors need to pay attention to how broader financial markets move in response to news, for example, a Covid vaccine.”

“The second way is that the bitcoin price goes high enough that investors decide to realise their gains,” he continued. “Investors who hold bitcoin as part of a larger portfolio, and who have mandates to deliver fiat returns, likely now hold significant amounts of bitcoin. They will have a price they will sell at.”

The third possible undoing of the bull rally could be “[if] bitcoin stops looking like digital gold.”

“This could happen if bitcoin gets included in new cryptocurrency experiments, such as Decentralised Finance (DeFi), which has proved very volatile.”

While all three of these possible unwindings are not out of the realm of possibility, it seems that the market still has a decent amount of time before the rally could be shaken.

Indeed, in the meantime, “the high Bitcoin price is going to attract a lot of attention,” Gradwell said. “The price has only closed above $14k on 34 days and above $15k on 22 days. This is likely to create a positive feedback loop for prices, where the more people who hold bitcoin as a hedge against macroeconomic uncertainty, the less there is available to buy.”

Bitcoin's Drop to $20K Resulted in $370M of Liquidations