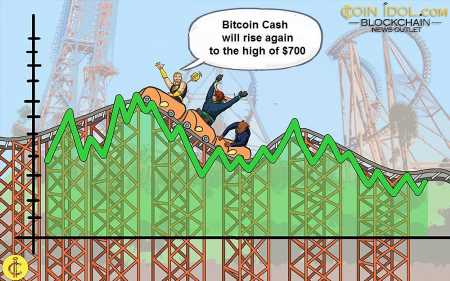 Bitcoin Cash Hovers above $600 Support, an Upward Move Is Likely

Bitcoin Cash (BCH) is trading above the 50-day moving average line as buyers push the cryptocurrency above $600 support. The upside move was short-lived as the altcoin met rejection at the $648 high.

A Gravestone Doji appeared on October 16, indicating that buyers were overwhelmed by sellers. BCH have fallen as the price hovers above the moving averages. However, the upside could resume if the current support holds. The market will rise again to the high of $700. However, if the bears manage to break below the moving averages, the market will fall to a low of $550.

The price of BCH is above the 21-day line SMA and the 50-day line SMA, indicating a possible rise in the cryptocurrency. Similarly, BCH is at the 53 level of the Relative Strength Index of period 14, indicating that BCH is in the bullish trend zone and capable of an upward movement. The cryptocurrency is below the 80% area of the daily stochastic. The bearish momentum has subsided as the altcoin fluctuates above the $600 support. 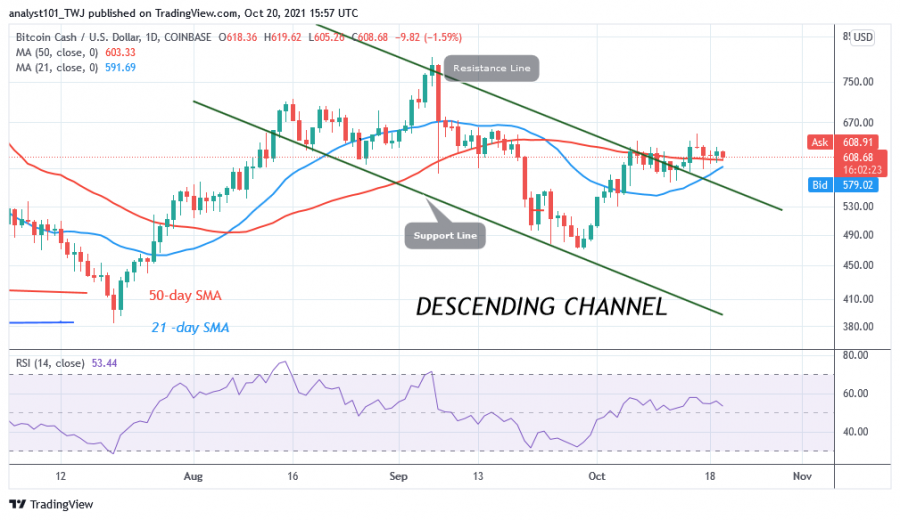 What is the next move for Bitcoin Cash?

BCH/USD has been in an uptrend since September 29. The altcoin has risen above the moving averages. Today, it is encountering resistance at the $650 resistance zone. The altcoin has pulled back to support above $600. During the uptrend on October 7, the candlestick tested the 78.6% Fibonacci retracement level. The retracement suggests that BCH is likely to rise but reverse at the 1,272 Fibonacci extension level or the $677.99 level. 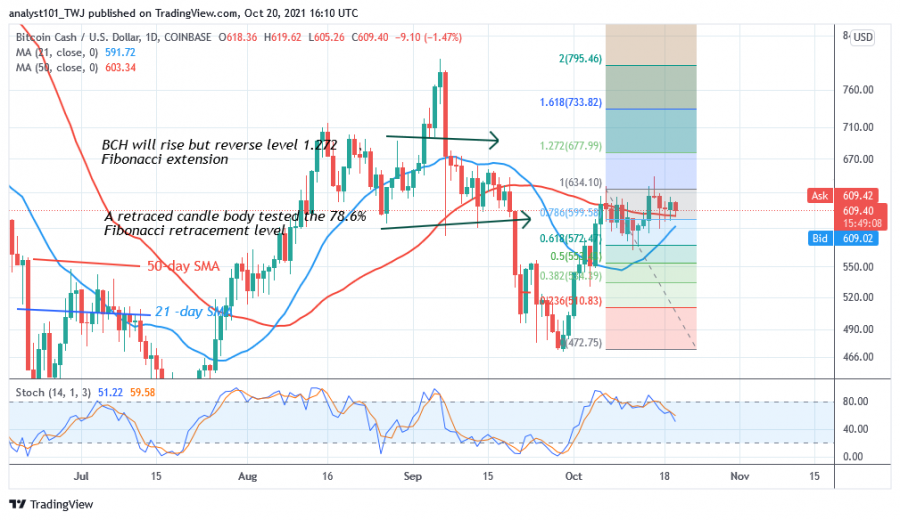 Disclaimer. This analysis and forecast are the personal opinions of the author and are not a recommendation to buy or sell cryptocurrency and should not be viewed as an endorsement by Coin Idol. Readers should do their own research before investing funds.

The US Fully Embraces Bitcoin, Is Bitcoin Ready for $200,000?
Technology