The cryptocurrency market’s recent bullish spike seems to have come to an end after the prices on Boxing day displayed a picture of sporadic bearish falls and bullish rises. The biggest winner among the top 10 cryptocurrency club was Bitcoin Cash [BCH], growing at 4%. At the same time, Bitcoin [BTC] which had crossed the $4000 mark earlier this week, fell back to settle at the $3800 levels. 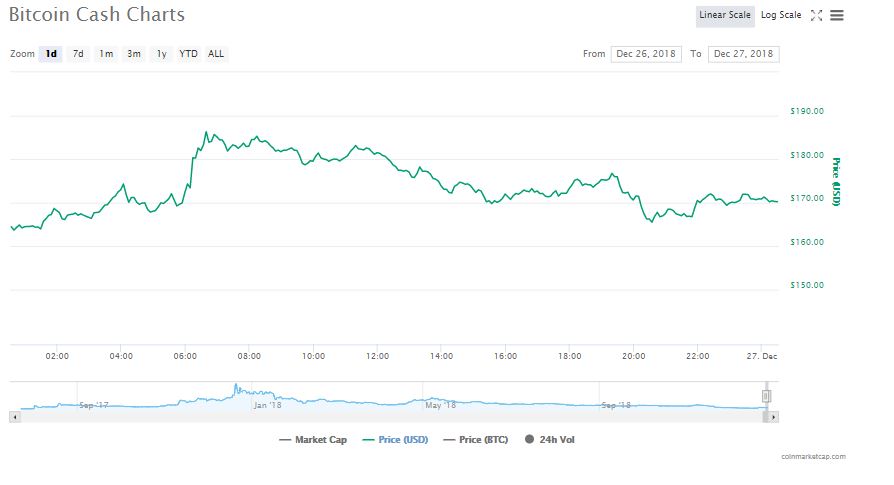 Bitcoin, on the other hand, was slowly trying to crossover back into the $4k region by rising at the rate of 1.07%. The cryptocurrency also held a diminished but substantial $66.917 billion worth of market cap. Proponents of Bitcoin had also put the cryptocurrency in the limelight recently when Anthony Pompliano, a partner at Morgan Creek Digital, spoke about BTC’s price action as the year 2018 comes to an end. He had also added that Bitcoin reaching $50,000 or $100,000 is not impossible. In his words:

“I think our target from August of 2018 has been $3000, we came close once already, so we may just actually go back there or somewhere close. Along with that, over a long period of time, I tend to think that some of the bigger numbers that are thrown out will likely be accurate.”

“… the key piece here, and I try to stress this to people is, I fundamentally believe that every stock, bond, and currency will be digitized in the future. This is not a one-year exercise or two-year exercise and this is going take a lot of work and a lot of time”

News of News For Bears and Bulls
Technology