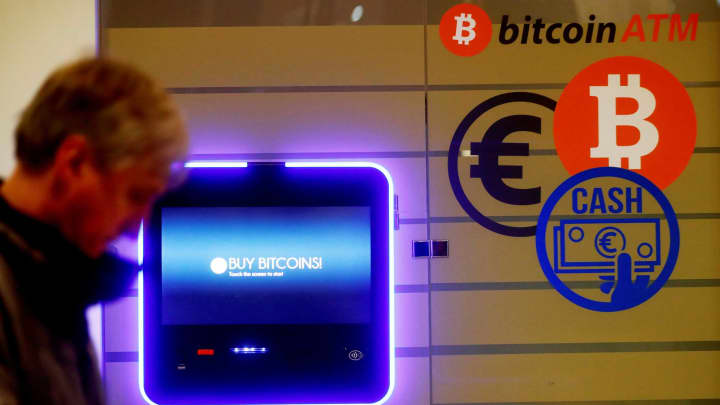 Bitcoin has come under pressure, tumbling 12% on Thursday, on rising concerns over regulatory scrutiny.

Incoming U.S. Treasury Secretary Janet Yellen — whose nomination will get a vote from the Senate Finance Committee on Friday — flagged the cryptocurrency earlier this week as a means for "illicit financing." Those comments triggered fears that the new administration could enforce a cryptocurrency crackdown.

Any regulation could flush out some of the funds that have flowed into bitcoin in recent months, said Matt Maley, chief market strategist at Miller Tabak.

"If the government comes along and wants to regulate that more, I think that some of this excess liquidity is going to move away and move to another area," Maley told CNBC's "Trading Nation" on Thursday. "That could cause a fairly significant drop, even though I think it's going higher long-term."

It's not the only near-term risk to bitcoin, Maley said. After it rallied more than 200% in the past six months, Maley said it could also be due for a pullback. For technical confirmation of more downside, Maley is watching whether it breaches its Jan. 11 lows.

"It would probably take a drop below its intraday lows from that day which is down around $30,300, but that would get a lot of this momentum money, this short-term momentum money, to bail on it, and it could see a fairly substantial further decline," said Maley.

He pinpointed $25,000 as a possible bottom, which would mark a roughly 50% retracement since its peak in early January. However, he does see the crypto as a long-term bet that will trend higher.