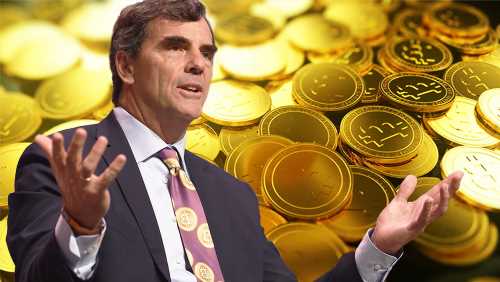 Bitcoin is not new to enthusiasts setting high price targets and forecasts that seem wild. In this vein, Tim Draper, who has always been a strong bitcoin advocate has been one of those giving the digital asset a high price target. Back in 2018, the billionaire had made a price prediction that seemed to most an outrageous forecast.

This was mostly due to the fact that at the time that Draper made the predictions, the price of bitcoin was still at a mere $8,000. But Draper had never backed down on his prediction. In fact, Draper had reiterated the price prediction in 2021, explaining that his faith and forecast are predicated on the fact that the digital asset will never have more than 21 million coins in circulation.

In addition to this, the fact that with each passing day, more and more investors lose their coins by way of forgetting private keys and seed phrases means that the total bitcoins that will be in circulation shrinks each day. Draper has not changed the timeline for his prediction too. According to the billionaire, his price prediction continues to be that he believes that the digital asset price will hit $250,000 by 2022.

Now, for the second time this year, Tim Draper is back to remind everyone that he still stands by this prediction.

Draper Stands By His Prediction

In an exclusive interview with Benzinga, Draper continued to reiterate his continued support for his prediction. Draper’s reply to the questions about his certainty in his prediction despite the negative price movements was that he stood by his prediction.

Draper still believes that bitcoin is set to hit $250,000 by end of 2022 or early 2023. The billionaire continues to be unfazed by the market movements so far this year.

Bitcoin, the number 1 digital asset, has lost over 50% of its value since it hit its all-time high of $64,000 back in April. So far the coin continues to struggles amidst market corrections. Draper gave his opinions on these market movements and downtrends so far.

We have had many ups and downs and will continue to, but the global, trusted, decentralized, frictionless, open, transparent bitcoin will become increasingly popular as more and more applications evolve.

BTC price down over 50% from all-time high | Source: BTCUSD on TradingView.com

Continuing on, Draper explained that to him, BTC meant freedom and trust. “Bitcoin is a modern hedge again inflation,” Draper said. Draper.

Draper is not the only one that believes bitcoin can help fight inflation. U.S. City Mayor Scott Conger had made the headlines last week when he tweeted that he believed bitcoin was a fix for inflation and was taking steps to make sure his constituents could pay their taxes in BTC.

Senator Cynthia Lummis is another prominent figure that has applauded the ability of bitcoin to help fight inflation. Lummis had said that the digital asset could help underpin the U.S. dollar to help combat rising inflation rates.

The interview also included Adrian Pollard, who is co-founder of bitHolla. Pollard took time out to highlight some of the regrets of 2021. Namely; Tesla’s refusal to accept BTC payments, despite having accepted it earlier in the year, and the recent crackdowns by the Chinese government on mining.

In the interview, Pollard was asked if he had any regrets in the year 2021. Responding to this, Pollard had opined that if there was something he could undo in the year, then it would be the comments made by Elon Musk regarding the energy consumption of mining.

Although despite the negative news that had set back the price of the digital asset, Pollard remained positive. Pollard laid this out as more of a one step back and two steps forward scenario.

As for lessons learned, Draper explained that technology will ultimately prevail through fits and starts. Draper had paid $18 million for his first batch of bitcoin which he got at a U.S. Marshall’s office auction. The billionaire purchases over 29,000 coins at $632 apiece.