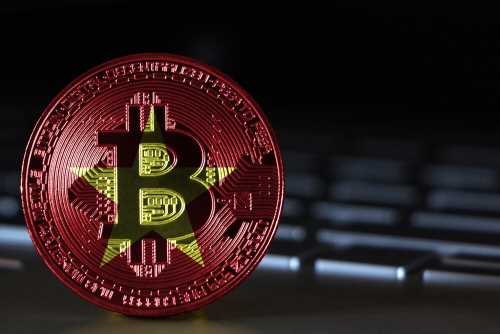 Billion-Dollar Crypto Gambling Ring in Vietnam Gets the Boot

Law enforcement agents in Ho Chi Minh City in Vietnam have arrested nearly 60 people involved in what may be the biggest online crypto-based gambling ring in history. Thus far, more than $3.8 billion in crypto-based transactions have occurred at the hands of the organization.

Gambling Like This in Vietnam is a Big No-No…

The operation occurred in a very hush hush way, with several gamblers involved registering their crypto wallets on a foreign platform known as Remitano to escape detection. They used these wallets to buy digital assets such as bitcoin and Ethereum, along with stable currencies such as Tether. This money would then be used to gamble on sites such as Nagaclubs.com and Swiftonline.live.

These and many other sites associated with the operation are derivatives of a platform known as Evolution.com, which is an international betting website known for paying out high commission fees. If this site saw too much action from heavy betters, the associated websites would incur crashes so that money could be appropriated from participants’ digital wallets.

Aside from the many arrests that occurred, authorities also seized several items including 40 laptops, ATM cards, approximately 80 cell phones, luxury vehicles, and just under three billion dong, which is the national fiat currency of Vietnam. The cash amounted to $130,000 in USD.

While gambling in Vietnam is not illegal, the operation was purportedly fraudulent and working in a way that would cheat betters out of their money. The move appears to be one in a series of crypto-based crackdowns occurring throughout the globe.

Another example came recently through the hands of US organizations like the Federal Bureau of Investigation (FBI) and the Justice Department, both of which have seized more than $8 million in crypto funds over the past month from notorious hacking groups like REvil.

REvil and groups like it are known for engaging in ransomware attacks, which ultimately encrypt the data belonging to businesses or computer networks and hold it hostage in exchange for a bitcoin or other crypto-based ransom.

There’s a Lot of Ransomware Going Around

Situations like these have been rather prominent throughout 2021 as this year has been considered the best time for crypto. Many of the world’s leading digital assets – such as BTC and ETH – have reached new all-time highs, which has ultimately been very good for traders. However, it has also led to an increase in crime in the digital currency space, as the higher prices tend to go, the more criminals become attracted to the industry.

Earlier in the year, the U.S. saw the hacking of the Colonial Pipeline, which was held hostage for a crypto ransom. The money was paid, though the story ultimately had a happy ending in that the FBI was able to garner a good chunk of the crypto funds back.

VIBE tokens: “one of the most anticipated coins” to start trading