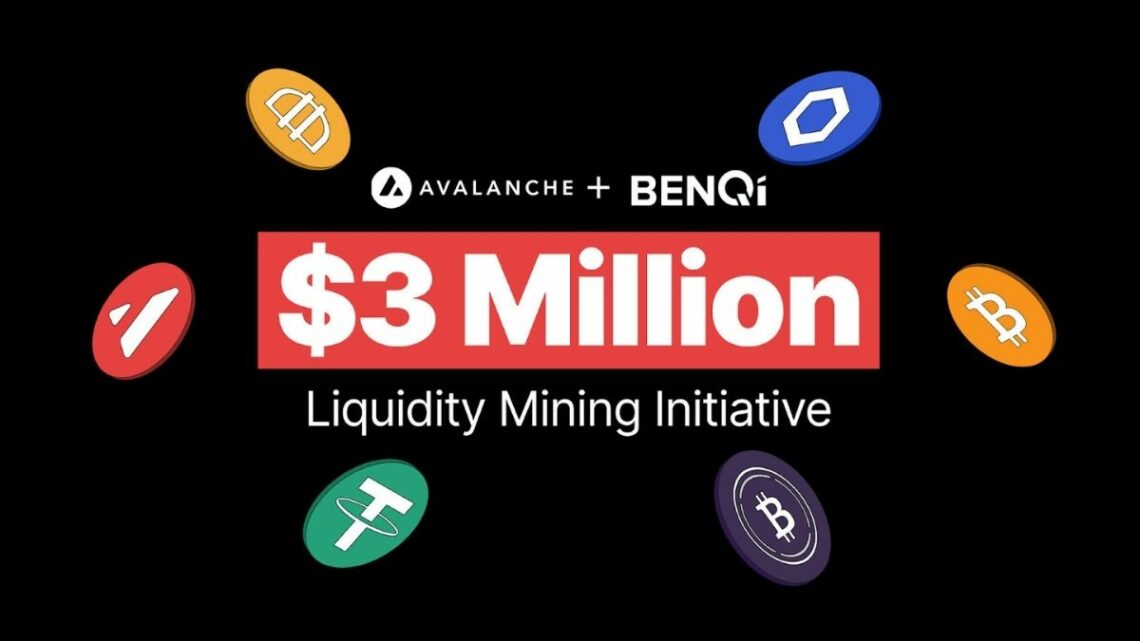 As per the announcement, the AVAX tokens will be used to reward users who are lending and borrowing ETH, LINK, AVAX, wBTC, USDT, and DAI on the protocol with BENQI. Notably, the initiative will provide users with the opportunity to earn BENQI ($QI)

While commenting on the partnership, JD Gagnon, a co-founder of BENQI, explained:

“DeFi is primed to take off on Avalanche with the arrival of another cornerstone DeFi functionality. BENQI is joining a rapidly growing ecosystem of DeFi users, assets, and applications on Avalanche, and we expect users and developers to leverage BENQI to expand the utility of their assets.”

The partnership seeks to enable the next phase of growth within Avalanche’s DeFi ecosystem. Notably, the Avalanche DeFi ecosystem has gathered over $233 million in Total value locked. In addition, the first phase of the Avalanche ecosystem development saw many decentralized exchanges, specifically automated market makers (AMM), deployed on its mainnet.

In the coming phase, the partnership will reportedly focus on expanding a variety of high-performance financial primitives, like money markets. Recently, Avalanche launched an upgraded bridge that is allegedly five times cheaper, secure, and faster than the initial bridge. The upgrade has been seen by many in the community as a step forward in increased interoperability among decentralized applications and the growth of the DeFi ecosystem.

“BENQI is launching at a key moment for Avalanche users and the broader DeFi ecosystem. Its technology adds a missing piece to the puzzle and will make Avalanche even more attractive to users being priced out of other networks. In addition, this is an exciting step in a broader community initiative to bring more assets and liquidity onto the platform.”