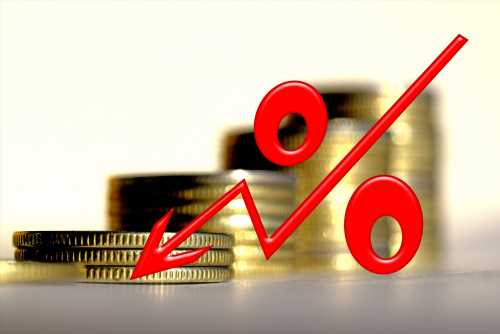 Bitcoin has always been marred by its volatility, and according to technical analyst Ari Wald of Oppenheimer, this isn’t going to stop anytime soon.

Bitcoin is the world’s largest and most popular cryptocurrency by market cap. The asset was first introduced to the public about 12 years ago and has, to be fair, come a long way since then, but it’s certainly had its share of problems – problems that have ultimately prevented it from getting as far as it was designed to.

For example, everyone at this point knows that bitcoin – like all cryptocurrencies – was initially created to replace fiat and serve as a tool that people could use to purchase both goods and services. However, the volatility and price fluctuations that have come with BTC and many other forms of crypto have ultimately proven too difficult to handle. Many retailers have stopped short of accepting BTC and other digital assets as forms of payments as a result, and to an extent, we can’t blame them.

Say, for example, you walk into a store and purchase $40 worth of merchandise with bitcoin. Well, the store doesn’t trade this crypto in for fiat and tomorrow, the price of bitcoin goes down, meaning your $40 is now worth about $30. The store has lost money in the end, but you still walk away with everything you bought. Is that fair? Not entirely, and many stores and retail outlets don’t want to wind up getting the wrong end of the stick.

It’s this volatility that has stopped bitcoin from becoming anything other than a speculative asset over the years, and while it’s edging into hedge tool territory, many individuals – such as Ari Wald – feel that this volatility is going to last considerably longer than anyone is willing to accept, which could mean that bitcoin may never reach its full potential.

In a recent interview with CNBC, Wald explains:

You need to be able to stomach that volatility. It’s there to stay. With the upside reward comes a lot of volatile day-to-day and even week-to-week action.

It’s Getting in the Way

Here’s something that can drop 20 percent and still hold all its trend lines and support levels and leave the trend undisturbed. Take, for instance, just the action last February. It made a high of about $58,000 and the next day, was down to $44,000. It’s really been volatile and consolidating since then.

In some cases, however, this volatility can prove to be a good thing given that bitcoin has risen more than 800 percent since last March.

The Rao's takeout meal for two includes penne, lemon chicken, a salad, and, of course, the restaurant's famous meatballs.