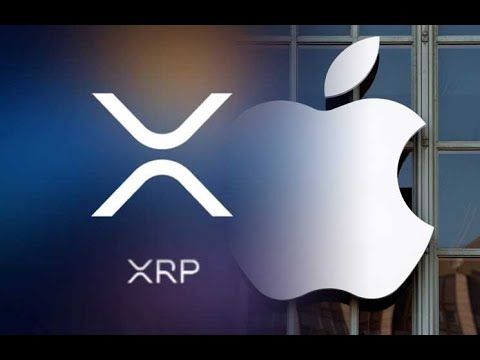 Cryptocurrency users who purchased the Apple app “Toast Plus” have had their funds vanish, and they’ve filed a class action lawsuit against the iPhone maker.

XRP holders went on the offensive, demonstrating once again the community’s level of organisation. Several XRP investors accused tech giant Apple of permitting criminal actors to steal their funds and information, according to a Class Action Complaint filed on September 16th, 2021.

Hadona Diep, a cyber security IT professional, filed the lawsuit in federal court in Maryland on behalf of other XRP holders in a similar predicament. According to the document released by Court House News, the plaintiff is seeking reimbursement for damages prescribed under federal and state U.S. statutes.

Apple allegedly broke the law by “authorising a harmful application” to be available for distribution in the “App Store,” according to the XRP holders. Furthermore, the plaintiffs claimed that the corporation was aware of the app’s illicit conduct but continued to utilise it without telling consumers that their financial information “had been hacked.”

The lawsuit claims that Apple is liable because it failed to vet the software distributed through its online store, which it tightly controls by allowing only approved vendors and extracting a (until recently) 30% commission on every sale, and that the boilerplate disclaimers in its user agreement do not apply:

The fact that Toast Plus was not an actual application, but instead a medium for the commission of fraud, makes any existing contract using it as subject matter void.”

Build Base Or Bust? Bitcoin Touches Down On Parabolic Support
The surge in ‘buy now pay later’ – and why we should be worried
Technology