Analysis: Customers from APAC Are Top of Deposit Charts

2017 came to an end showing growth in FX deposits and high trader activity. It looks like 2018 is on a path to continue the trend, according to January data.

In December of last year, the average activity of FX traders remained high, but it was a little bit off the levels seen in November. Asian traders were still dominating the rankings with China taking first position. As the latest analysis by the Finance Magnates Intelligence Department with data from CPattern shows, Chinese traders conducted on average 93.2 transactions in December. 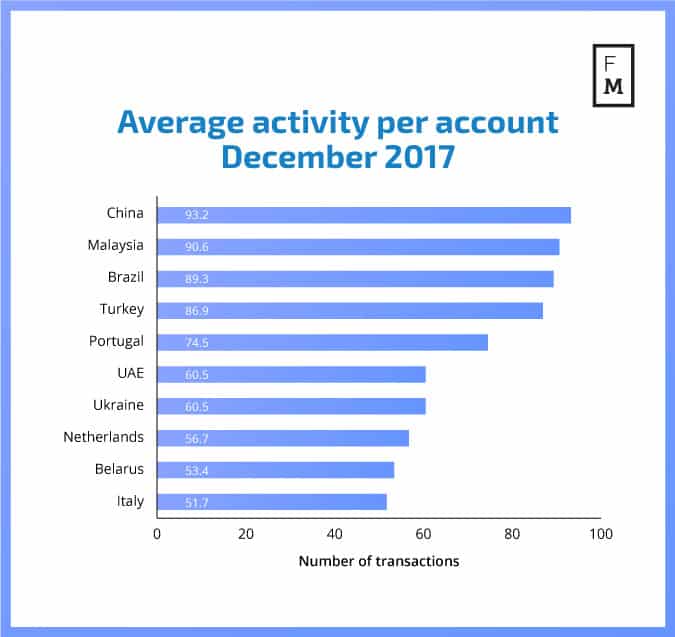 In January of 2018 the situation was similar to how it was previously, with the first two spots in our activity rankings taken by China and Malaysia. This time, the typical Chinese trader conducted on average 126.7 transactions. Growth in activity was also observed among the remaining countries, including Turkey in third place with 94.2 transactions per trader in month. 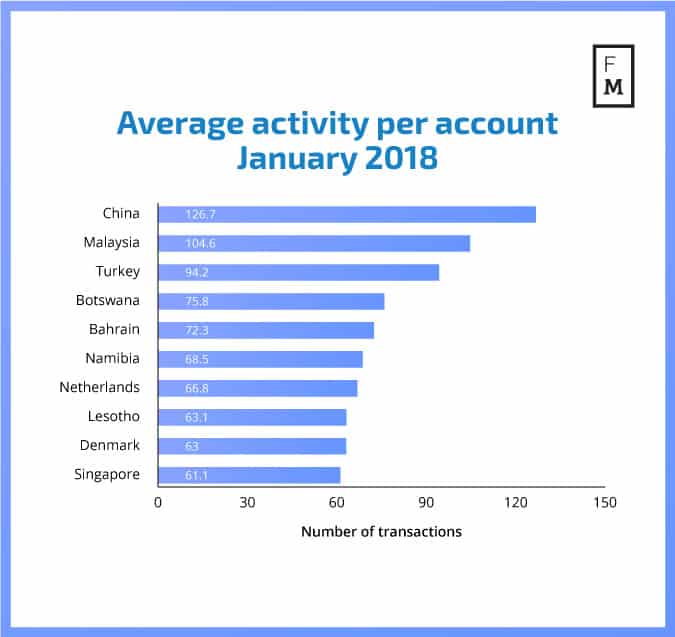 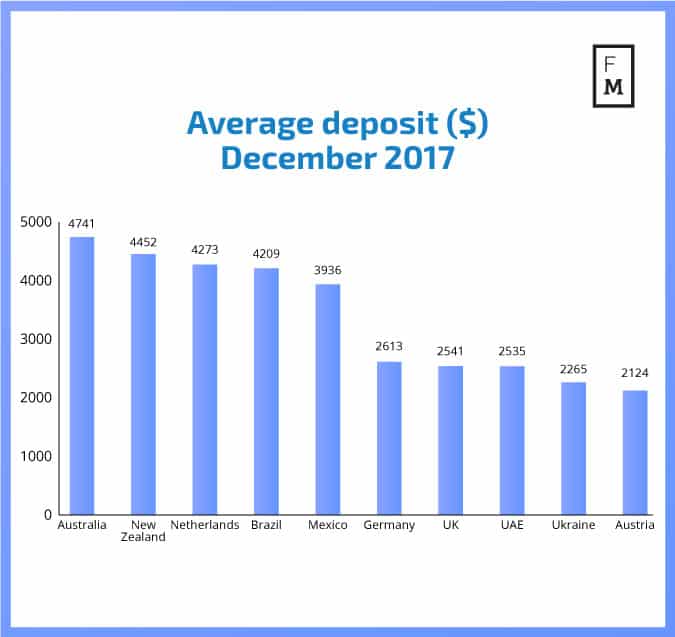 The domination of Oceania was challenged in January 2018. While Australia still led the pack with average deposits of $5,448.3, it was suddenly separated from New Zealand by two European countries – Cyprus ($4,420.9) and the Netherlands ($3,947.5). 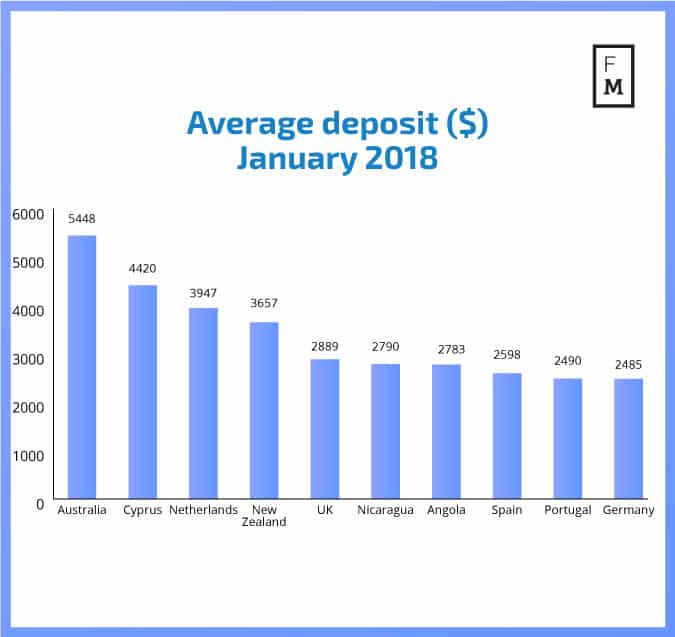 Over the last 6 months, the retail FX industry has been witnessing improved conditions in terms of the average deposits of traders. At the same time, the average withdrawal was growing too. The average first time deposit (FTD) remained relatively low, below the $1,000 mark. Whether or not this trend will continue over the coming months is yet to be seen . 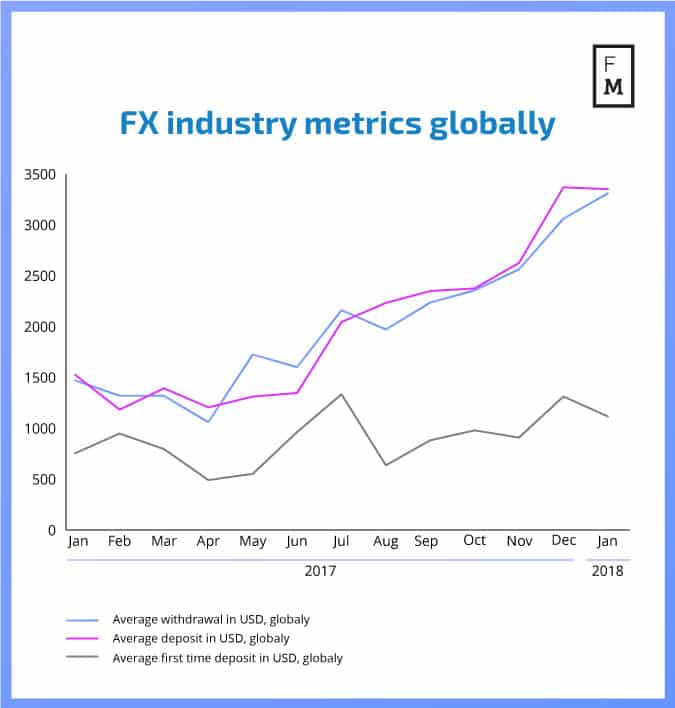 This is the latest publication from the FM Traffic Indices – a new cross-industry benchmark. In today’s business world, big-data analysis and access to objective information sources are crucial to success. Unfortunately, until now it has been very difficult and costly, if possible at all, to find any reliable benchmarks for operations in social, FX, binary options and CFDs trading.

For this reason, the Finance Magnates Intelligence Department has launched a new project, creating a set of indices encompassing various aspects of the online trading industry. These indices will provide you with unique data points gathered by our analysts that will serve as a valuable knowledge base for your decision making.

FanDuel is reportedly looking to go public through a backdoor method
Bitcoin Price Shoots Above $1400; Reaching for New All Time High Levels