On May 21st, the Albanian parliament signed a new bill into law to implement a legal framework for cryptocurrencies, which CoinTelegraph described as “Europe’s most comprehensive crypto law yet.”

The legislation seeks to regulate conditions for licensing all cryptocurrency-related activities that take place on an infrastructural level in the country, and was passed with a heavy majority: 88 votes in favor, 16 votes against, and 3 abstentions.

The new law, which is entitled “On Financial Markets Based on the Technology of Distributed Ledgers,” was originally introduced to Albania’s Committee of Economy all the way back in October of 2019. 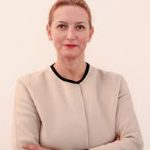 Minister of Finance and Economy Anila Denaj presented the draft law earlier this week, saying that “the draft law aims to regulate the conditions for licensing, exercising the activity of operators and stock exchanges and supervising them, as well as preventing abusive practices in the market, where severe fines are stipulated for anyone who violates the provisions of the law,” (translated quote).

With the passage of the legislation, Albania becomes the third on the list of European Union countries that have taken independent steps to regulate digital assets. Malta adopted regulations for digital assets in 2018; France followed in April of 2019.

In signing the digital assets framework into law, Albania could be aiming to establish itself as another cryptocurrency “hotspot” for companies seeking to operate within regulated environments. This seems to have worked particularly well in Malta, which eventually became colloquially known as the “blockchain island” because of the high number of cryptocurrency firms that set up shop there.

Indeed, historically speaking, many new cryptocurrency companies have avoided establishing themselves with murky regulations due to the risk of accidentally violating the law, and being punished as a result. Therefore, a number of blockchain and cryptocurrency associations have been formed across the globe specifically for the purpose of advocating for more regulations.