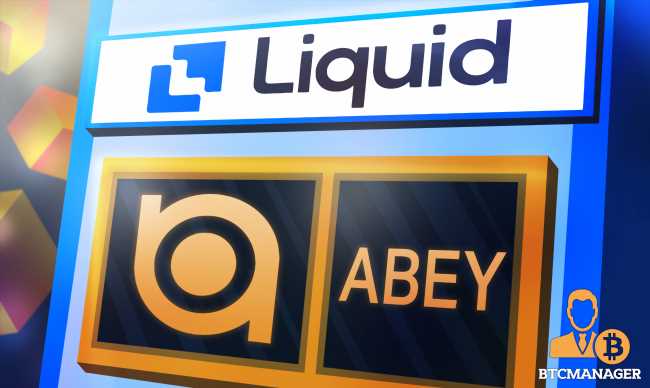 As well as bitcoin has performed in 2021, which has seen its price increase by 150%, it is far from the most profitable crypto. However, one that has even had a better year is ABEY token, a leading utility coin that shares the core elements of the ABEYCHAIN.

It is built to ensure fast transactions within a highly scalable, decentralized, and secured blockchain. Since its launch in late 2020, ABEY token has returned an ROI of 400% to investors.

ABEY token has just received a major boost with the token listing on Japan-based exchange Liquid Global. Liquid Global is one of the most popular exchanges in Asia and has a glowing reputation, having begun operations in 2014.

The exchange has more than 700,000 users in 100 countries globally and is among the top platforms in JPY/BTC spot trading volumes. Liquid has also processed over $1 billion trading volume so far in 2021.

ABEY/USDT pairs will initially be listed on the trading platform before adding other trading pairs in the future. USDT is the most popular stablecoin in the crypto market and is pegged to the US dollar.

Existing ABEY token holders will be able to swap their tokens for USDT on the exchange without any problems. While new investors can use their debit cards to purchase USDT and swap to ABEY tokens.

ABEY noted that the listing would increase the demand for ABEY token and lead to greater adoption. It will also indirectly lead new investors to the ABEYCHAIN ecosystem, considered one of the fastest-growing in the blockchain industry.

Growing development on the ABEY ecosystem

ABEY recently revealed that it had been experiencing on average 20,000 active weekly addresses on the ABEY 2.0 blockchain since August 2021. There are more than 120,000 active ABEY 2.0 addresses up from 30,000 recorded a month ago.

This trend is the latest example of ABEY’s momentum and is consistent with the growth ABEY has seen since making advancements in its blockchain technology and adding powerful new features in May of 2021.

ABEY has also launched a few products that have generated traction within the ABEYCHAIN community. For example, the XSWAP protocol is the home of DeFi on ABEYCHAIN and provides the latest products for users to increase their portfolio.

The DEX uses an automated liquidity system that ensures trades are matched quickly and effectively. It also charges some of the lowest fees in the market, and swaps are performed seamlessly due to the ABEYCHAIN network.

ABEYCHAIN also has a dedicated NFT platform that houses different features for artists and creators. Users can Mint NFTs for a few cents, list their digital assets, and get paid within the marketplace.

DeFi users can also utilize the native stablecoin named aCash Token, pegged at a 1:1 ratio to the USDT. The ABEY Storage Network also provides an earning opportunity to storage miners who are rewarded in Abey Storage Token (AST). AST can be converted at a 1:1 ratio with the popular storage token Filecoin. To learn more about ABEYCHAIN and ABEY token, visit the website http://www.abey.com.

Solana and the quest for global state

What is the spiritual meaning of the Harvest Moon?
Technology