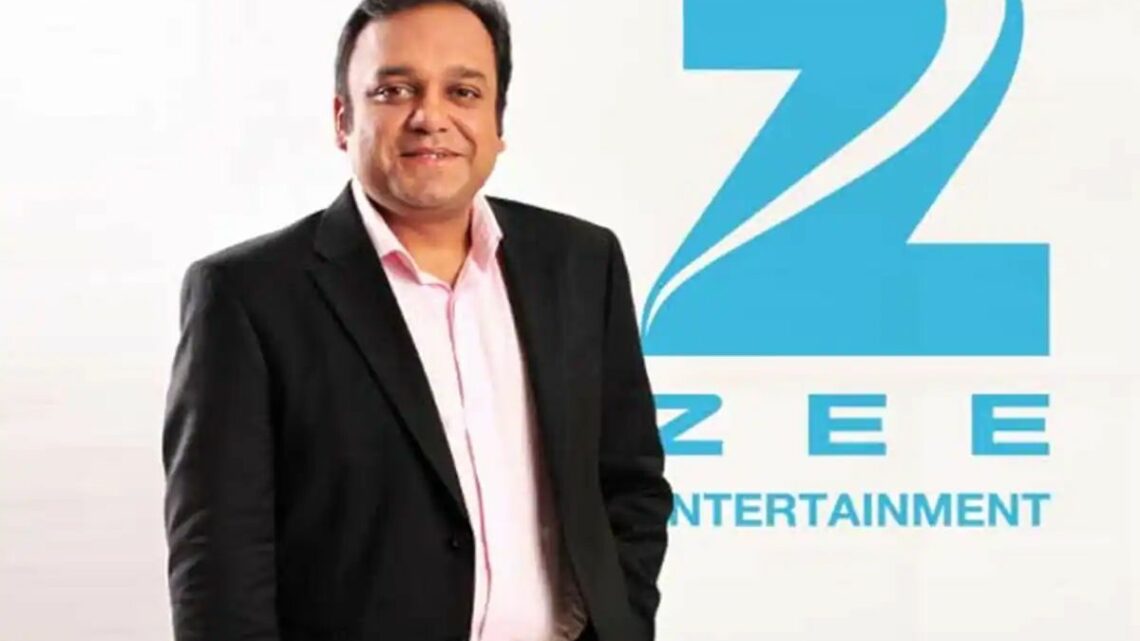 Puneet Goenka’s ability to stay calm is probably what helped Zee rise from a down-in-the-dumps broadcaster into one of the largest, steadiest and most profitable media companies in India, reports Vanita Kohli-Khandekar.

Over 15 years and several interviews — as the man leading either a troubled or a successful Zee, or as the chairman of the Broadcast Audience Research Council trying to set up the world’s most difficult audience measurement system — Goenka has remained calm.

It is not a quality you immediately appreciate if you have met with Subhash Chandra, the founder of Zee and Goenka’s dad.

Chandra speaks his mind, has a temper and is not afraid of ruffling feathers — political, regulatory or competitive.

Goenka’s ability to stay calm, however, is probably what helped Zee rise from a down-in-the-dumps broadcaster into one of the largest, steadiest and most profitable media companies in India.

Two years back it was Zee that helped stave off a debt crisis brought on by investments that Chandra had made.

Ever since his family lost control of the company in 2019, there has been speculation that it would be acquired by a strategic investor.

All sorts of names — Sony, Comcast, Reliance (which owns Viacom18) — were thrown around.

Last month the Rs 5,900 crore (Rs 59 billion) Sony Pictures Networks India and the Rs 7,730 crore (Rs 77.30 billion) Zee announced that they have entered into an exclusive, non-binding agreement to merge.

The term sheet provides 90 days for due diligence and negotiation.

Sony would hold 52.93 per cent and Zee the rest in the combined, listed entity.

Goenka is slated to lead. It looks like a win-win deal since the two firms complement each other.

The coming ninety days will reveal the strength of the agreement as all the stuff around mergers — counter-bids, control and culture clashes — are unleashed.

How Goenka sees the coming months is not clear since he did not speak to us.

But if the past is any indication his response would have been a laconic “Dekhten hain (let us see).”

Goenka joined Zee TV as a business head in 2004 after a longish stint at ASC Enterprises (now Dish TV).

At that time Star dominated the ratings charts, viewership and adspend.

It had built on the success of Kaun Banega Crorepati with shows such as Kahani Ghar Ghar Ki and Kyunkii Saas Bhi Kabhi Bahu Thi.

Zee TV was famous at that time for losing a CEO every year.

No one it seems could work with Chandra, a strong personality and a visionary who was wonderful in the start-up phase, but somehow couldn’t get a grip on running the company.

That is when the former Times Group president (the late) Pradeep Guha joined.

One of the first shows from the Guha and Goenka’s new team, Saat Phere, about a dark girl’s travails in colour-conscious India, started airing on Zee TV in October 2005.

This was the story of three sisters who, after their father’s death, have to live with his rich, ruthless businessmen friend. Both became hits.

Zee crept up the charts and by December 2006 was a clear, fresher number two.

Its revenues were shooting up, so too was its stock price.

When Guha left in 2008, Goenka was named CEO. The sniggers were inevitable.

A fifth of all TV viewing in India is done on some or the other Zee channel in Hindi, Marathi and many other languages.

On the film side, Zee has had a good run with Secret Superstar, Sairat among other hits.

In an interview in 2014 when I asked Goenka if things are easier or tougher because he is Chandra’s son, he said, “It is tougher because we are related, there is the father-son angle, especially because he is so successful. I am more into implementation, I don’t get visions (the way my dad gets).”

Goenka has never discussed how he feels about losing the company that he spent so much time building.

Or about needing outside approval to run a company that was one-fifth owned by him and his family.

Maybe he sees this as the institutionalising of Zee.

His style, say insiders, is democratic. He hires good professionals and listens to them.

These qualities — to stay calm, look ahead, choose good people — will come in handy as the next 90 days unroll.