One in three people injured on e-scooters gets hurt during their very first ride, according to a government safety report released this week.

The CDC and the Austin Public Health department analyzed emergency department data from nine Austin hospitals between September and November 2018. The city’s almost 1 million people currently have access to about 14,000 dockless electric scooters, and the new study counted 192 e-scooter-related injuries during those three months alone. Two were non-riders (a pedestrian and a cyclist), and the remaining 190 were navigating the motorized scooter at the time. But this report probably underestimates the true number of injuries, the authors noted, because it didn’t include urgent care centers or primary care physicians’ offices.

One in three of those injured was riding an e-scooter for the first time. In fact, most of those who landed in the hospital were novices; about 63% had ridden nine times or less before getting hurt.

Almost half of the accidents resulted in head injuries, as only one of the riders was wearing a helmet. The other most common injuries were to the upper limbs, including the arms, shoulders, wrists and hands (70%); the lower limbs, including the legs, knees, ankles and feet (55%); as well as the chest and abdomen (18%). 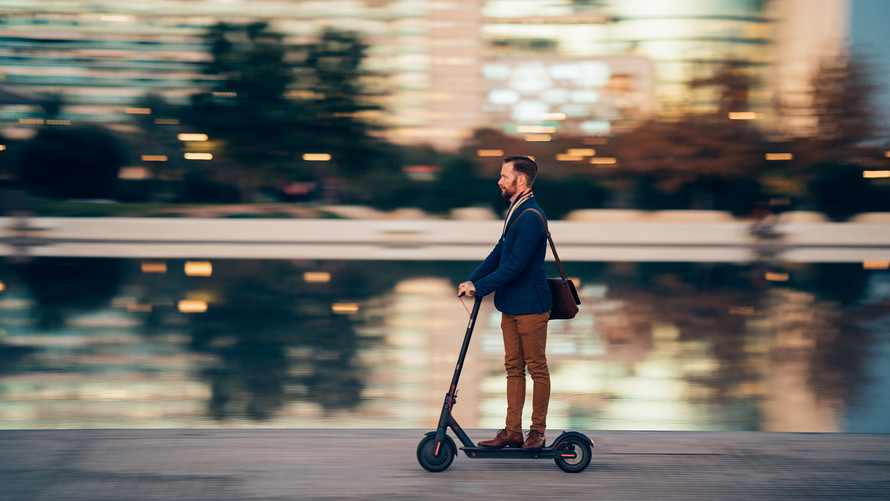 Most of the accidents actually didn’t involve cars; only 10% of injured riders were hit by motor vehicles. Rather, half (50%) reported their accidents resulted from road conditions such as potholes and cracks. More than a third admitted they crashed while going too fast, and 10% said they hit a curb. Just under one in five (19%) claimed that their scooter malfunctioned. And more than half (55%) were injured in the street, while one-third were hurt on the sidewalk.

The report pushed for more training and education about e-scooter operation and safety to prevent injuries, advising that, “These educational messages should emphasize both wearing a helmet and maintaining a safe speed while riding an e-scooter.” And these PSAs should target riders ages 18 to 29, in particular, as nearly half of all injuries were reported in young adults, and more than one in four (29%) victims had consumed alcohol within 12 hours of crashing. As it stands, many of the scooter companies offer instructional videos on their apps — such as Lime’s “How to Lime” clip — but riders aren’t required to watch them before taking a spin.

Motorized scooters from companies such as Bird, Lime and the Ford-owned F, +0.64%  Spin have been appearing all over the country, generally charging users anywhere from 15 cents to $1 per minute to rent e-scooters docked throughout an urban area, which can zip around as fast as 15 miles per hour. (The average speed of most city bicycle riders is about the same, although one can hit 20 miles per hour when speeding down a hill.)

The global e-scooter market is expected to hit $41.98 billion by 2030, according to Grand View Research, Inc. And that’s spurring ride-share heavyweights like Lyft LYFT, +2.04% and Uber to get in on the action. Uber and Alphabet GOOG, +1.90%  invested $335 million in Lime last year, and Lyft has rolled out its own motorized scooters in cities including Austin, Los Angeles, Miami and Washington, D.C.

But the rapid expansion of e-scooters is also revving up safety concerns. Prior to this new CDC study, the Consumer Product Safety Commission reported 3,300 scooter-related injuries in 2016, and 25% of them occurred to the head and face. After Bird landed in Memphis last June, local doctors reported an increase in emergency department visits for head and face injuries, which were related to e-scooters. (Again, many riders were not wearing helmets.) And a handful of e-scooter riders have died in the U.S. after colliding with cars in Austin and Washington, D.C., while a Dallas man was killed after falling off of his scooter while riding home from work.

But a Portland, Ore., study published in January found that scooter safety risks were no worse than those found in other modes of city transportation. In fact, scooter-related injuries (including injuries from non-motorized scooters) only accounted for about 5% of the estimated 3,220 of total traffic crash injury visits to emergency rooms and urgent care centers. And while scooters were involved in 176 ER visits, that was less than half of the 429 visits for bicycle-related mishaps.