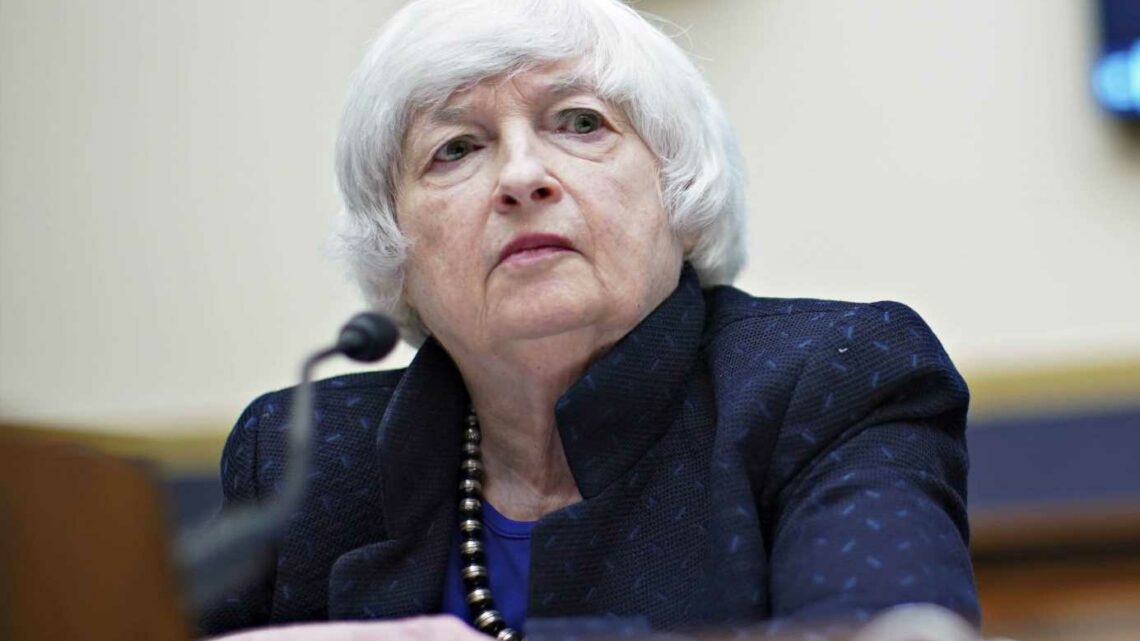 With a potential default looming for the U.S. in October, Treasury Secretary Janet Yellen said Thursday she would just as soon see the power over debt limits taken away from Congress.

A bill introduced in May would repeal the national debt ceiling, and Yellen said "yes, I would" when asked during a House hearing if she backs the effort.

She noted that Congress makes the decisions on taxes and spending, and should provide the ability to pay those obligations.

"If to finance those spending and tax decisions, it's necessary to issue additional debt, I believe it's very disruptive to put the president and myself, the Treasury secretary, in a situation where we might be unable to pay the bills that result from those past decisions," she said in response to a question from Rep. Sean Casten, D-Ill.

The remarks were made during a hearing before the House financial services committee on Treasury and the Federal Reserve's economic response to the Covid pandemic.

Casten said he was asking Yellen about the concept of removing the debt ceiling and not the particular bill, introduced by Rep. Bill Foster, also an Illinois Democrat, along with a trio of Democratic senators.

Yellen this week warned that extraordinary measures her department is using to keep funding the government's operations expire Oct. 18.

Earlier in the hearing, she said the consequences would be dire if Congress fails to raise the spending limit.

"I think it would be catastrophic for the economy and for individual families," she said.

The U.S. currently is $28.4 trillion in debt, nearly $700 billion of which has been incurred since President Joe Biden took office and chose Yellen to head Treasury. The budget deficit through the first 10 months of the fiscal year stood at $2.71 trillion.