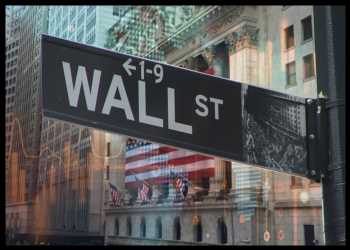 Stocks moved significantly lower over the course of the trading day on Tuesday, offsetting the upward move seen over the two previous sessions. The major averages all moved to the downside, with the tech-heavy Nasdaq posting a particularly steep loss.

Brainard described inflation as much too high during remarks at a Minneapolis Fed conference and predicted the Fed would start reducing its balance sheet at a “rapid pace” as soon as the May meeting.

She added, “The reduction in the balance sheet will contribute to monetary policy tightening over and above the expected increases in the policy rate reflected in market pricing and the Committee’s Summary of Economic Projections.”

The Fed may provide additional clues about the outlook for monetary policy with the release of the minutes of its March meeting on Wednesday.

CME Group’s FedWatch tool is currently indicating a 76.6 percent chance the Fed will raise rates by 50 basis points next month.

In U.S. economic news, the Institute for Supply Management released a report showing U.S. service sector growth reaccelerated in the month of March.

The ISM said its services PMI rose to 58.3 in March from 56.5 in February, with a reading above 50 indicating growth in the sector. Economists had expected the index to rebound to 58.0.

The slightly bigger than expected increase by the services PMI follows three consecutive monthly decreases after the index reached a record high in November.

A separate report released by the Commerce Department showed the U.S. trade deficit was nearly unchanged in February, as imports and exports both increased.

Semiconductor stocks pulled back sharply after turning in a strong performance in the previous session, resulting in a 4.5 percent nosedive by the Philadelphia Semiconductor Index.

Substantial weakness also emerged among oil service stocks, as reflected by the 3.1 percent plunge by the Philadelphia Oil Service Index.

The sell-off by oil service stocks came as the price of crude oil turned notable lower over the course of the session, with crude for May delivery slumping $1.32 to $101.96 a barrel.

Housing, gold, steel and networking stocks also moved notably lower, while some strength was visible among pharmaceutical and utilities stocks.

In overseas trading, stock markets across the Asia-Pacific region moved mostly higher on Tuesday, with several markets closed for holidays. Japan’s Nikkei 225 Index edged up by 0.2 percent, while South Korea’s Kospi inched up by 0.1 percent.

Meanwhile, the major European markets turned in a mixed performance the day. While the U.K.’s FTSE 100 Index advanced by 0.7 percent, the German DAX Index fell by 0.7 percent and the French CAC 40 Index slumped by 1.3 percent.

In the bond market, treasuries showed a significant move to the downside over the course of the session. Subsequently, the yield on the benchmark ten-year note, which moves opposite of its price, surged 14.4 basis points to 2.556 percent.

The Fed minutes are likely to be in the spotlight on Wednesday, as traders look for further clues about how aggressively the central bank plans to tighten policy.

Russia is Embracing Crypto Because of Tax Revenue Potential