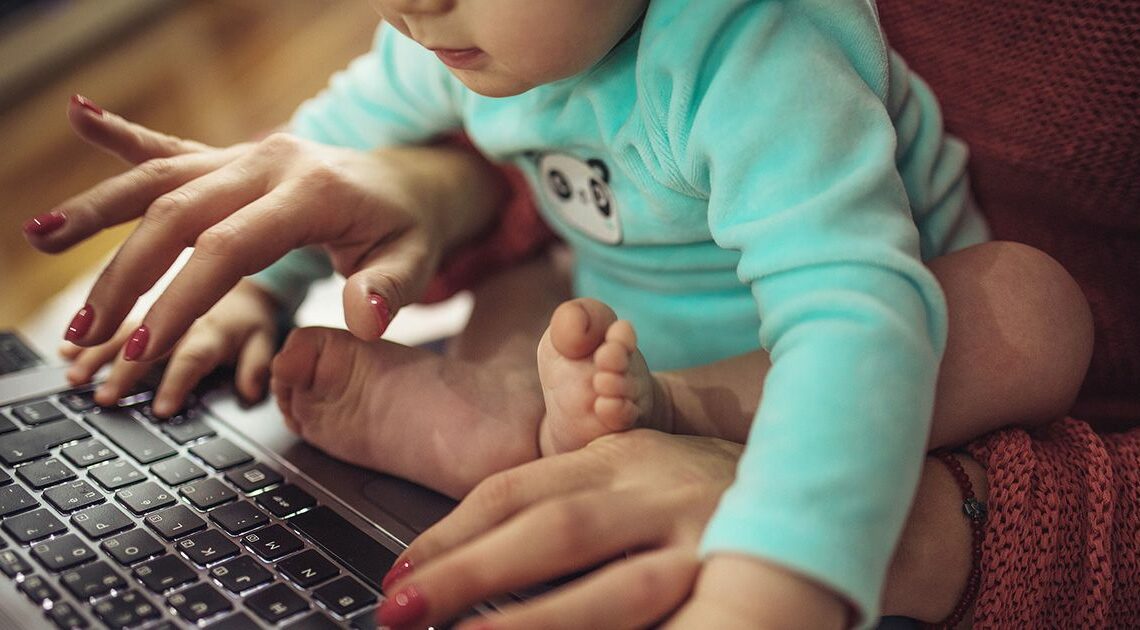 Crystal Tomczyk lights up when she talks about the work-from-home boom. She’s the vice president for equity and belonging at Zillow Group Inc., where she helps recruit and retain a workforce representative of the country’s demographics. The real estate website,according to its 2020 diversity report, is far from reaching that goal. Men make up about two-thirds of leadership, and White people hold almost 80% of the top jobs. Of the company’s more than 5,000 workers, just 5.1% are Black and 6.9% identify as Latinx, well below their respective shares of the population.

The remote-work revolution that Covid-19 lockdowns have accelerated could make Tomczyk’s job a little easier. Zillow, like some of its tech company peers, has gone all in on telecommuting, allowing employees to set up shop permanently anywhere in the U.S. and Canada with decent Wi-Fi . Among the many benefits of disconnecting from the office—lower real estate costs, happier workers—Tomczyk says a big reason the online real estate company is embracing a “distributed model” is “to be able to diversify our workforce.”

Zillow is based in Seattle, a city whose population is less Black and Latinx than average. But now it doesn’t have to limit hires to its relatively homogenous backyard. Remote work “allowed us to open up our offerings based off of exactly where the talent was,” Tomczyk says. Recruiters now ask: “Where is the Black talent? Where is the Latinx talent? Let’s meet them where they are,” she says. The company is already seeing more diverse candidates for software developer roles from Atlanta, Dallas, and Phoenix.

Economists typically think of a labor market as a city:81% of people apply to jobs in their metropolitan area. Decoupling work from a physical office changes that. Arecent PricewaterhouseCoopers survey of 133 executives found about 13% were ready to give up on the office forever. Those executives can draw on talent from the entire country. And even employers that don’t go fully remote are more likely now to hire someone who doesn’t live nearby. A Septembersurvey of more than 330 human resources executives at large U.S. companies found more than a third were willing to consider candidates from anywhere in the world.

The pandemic has already boosted remote-work job postings. On the site Indeed, the share of U.S. listings that mention “remote work” or similar terms more than doubled to 5.8% in December 2020 from 2.8% the year before. Gaining access to a broader group of different kinds of people could be particularly appealing to companies that, after the summer’s Black Lives Matter protests, made commitments toboosting diversity.

“Remote work has the potential to open up opportunities. That’s the argument, and that’s true,” says Jed Kolko, chief economist at Indeed. “But there are a whole bunch of buts.” One is thatmore than 60% of jobs can’t be done from home, and those who tend to work in remote-friendly fields are more likely to be White and Asian, higher paid, and more educated. And along with all the potential benefits, there are “a thousand ways that it could go wrong,” says Jessica Lee, a staff attorney at the Center for WorkLife Law. She says that if employers aren’t aware of the pitfalls, the shift to WFH will impede diversity initiatives and invite lawsuits. She worries most about women, and mothers in particular.

TheCenter for WorkLife Law estimates that calls about caregiving to its hotline for legal advice on workplace issues have tripled in the last year. Joan Williams, the director of the center and a law professor at UC Hastings in San Francisco, says one caller was told she’d lose her job if her child was ever seen on Zoom. “Are they going to subsidize the cage to put the 2-year-old in?” she asks. Williams says the WFH boom has been particularly unsettling to bosses with “traditional family arrangements” with a full-time caregiver at home. “They don’t trust it. They don’t need it,” she says, referring to remote work. “They want to get back to ‘real working.’” But Williams is also optimistic that more “cutting-edge” employers, especially in her Silicon Valley area, will be more open-minded.

Under normal circumstances, parents are expected to have child care when they work remotely, Williams says. The last year has been far from normal, though. People aren’t just working from home, they’re doing what researchers call crisis work,juggling extra jobs—parent,teacher—along with their paid work. While this won’t be the case forever, it’s helping shape and reinforce the biases employers and managers already have against primary caregivers, who generally tend to be women.

Researchers have identified a phenomenon known as flexibility stigma. Multiple studies in various work settings have found that both men and women who ask for flexible work arrangements are penalized, because they’re seen as caregivers. (The ideal worker doesn’t have any responsibilities outside their job, of course.) Other research has found that women are more harshly judged for tending to their children during the workday. “Women are often stereotyped as being less committed and capable on the job when they become mothers and have children,” says Caitlyn Collins, a sociologist at Washington University in St. Louis who studies gender inequality at work. “When a kid runs across the hall, women tend to get lots of eye rolls and big sighs from coworkers and supervisors.”

There’s a theory that a year-plus of forced-remote work will weaken these stigmas. Surveys have found a greater acceptance of working from home, particularly among men, many of whom didn’t believe their jobs could be done away from the office. An April survey of 1,025 partnered different-sex parents, led by Daniel Carlson at the University of Utah, also found that in the dawn of the lockdowns men were contributing more at home, doing as much or almost as much as women. Some academics are optimistic that both these shifts will stick even after Covid, resulting in greater gender equity at work.

Other signs point to enduring inequalities. In November, Carlson and his colleagues followed up with parents. They haven’t fully analyzed the data yet, but preliminary trends show a regression to the pre-pandemic norm. As a dad with two young kids and a wife who’s running her own clothing business out of their basement, Carlson isn’t too surprised. “You have to be so mindful,” he says. “Moms are still there to be used as a crutch by Dad. We’ve found ourselves having to fight a lot of these pressures.” Men who were gung ho in the spring have lost interest or fallen back into old habits. Meanwhile, women drowning in child care and chores are the ones quitting their jobs. In September alone, 865,000 womendropped out of the workforce—a stark indicator that when work and family conflict, women still bear the brunt of the economic pain.

There are all sorts of ways remote work could magnify the subtle biases that fuel inequality. Women and people of color already face biases that they’re not as competent as their White and male peers. The isolation of telecommuting could make it even harder for those groups to prove their worth. It also makes it more difficult to break into networks, get sponsors and mentors, and land assignments that lead to promotions.

Nick Bloom, an economist at the Stanford Graduate School of Business who studies remote work, has quantified this risk. In December 2010 he created a real-life WFH experiment among call-center workers at a Chinese travel agency. He and his co-researchers tracked 249 employees, randomly splitting them into two groups: One that worked remotely and another that didn’t. They found productivity of the homebound went up “dramatically, increasing by 13% over the nine months of the experiment.” But they also found the promotion rate for that group fell. “One downside of WFH appears to be that, conditional on performance, it was associated with reduced rates of promotion of about 50%,” the researchers wrote.

If everyone were to stay home forever, this wouldn’t be an issue. But that’s not what work will look like for most people after the pandemic subsides. A bulk of employers and employees favor a hybrid model, where people come in a few days a week. In monthly surveys of 500 companies and 25,000 working-age Americans, Bloom has found that most expect 20% of working days to be at home. Under that model, Bloom fears that certain demographic groups—such as women with young kids—will be more likely to stay home more often and inadvertently pay a price. “You’re going to find that has a nasty sting in its tail when 10 years from now there are no senior managers in that group,” he says. “That’s opening up a nightmare of endless lawsuits about how people are being discriminated against.”

Bloom, who advises about 200 managers on workplace issues, recommends creating schedules with set days where everyone comes into the office. While that would address promotion bias, it would mean employers are still basically tying workers to offices, erasing the potential diversity gains of being able to hire from anywhere. It also could mean that people not near headquarters will be even more isolated and pay an even steeper price. Now imagine that those people tend to be overrepresented in certain racial, ethnic, religious, or gender demographics, and you can start to see where things get tricky.

“At best, remote work has the possibility to re-create a more equitable workplace,” says Evelyn Carter, a social psychologist and the managing director at Paradigm Strategy Inc., which consults on diversity and inclusion. “But it’s not going to do that inherently. A lot of the structures that reinforce silos or isolation can be mitigated, but it takes intentionality.”

Tomczyk is engaging with these issues at Zillow. Post-Covid, all full-time employees will fall into one of four job designations: A little more than half will be considered “remote,” an additional third will be hybrid, and about 3% will have office jobs. (The fourth designation is “field,” which 7.2% of employees fall into.) So remote people don’t feel disconnected, all meetings with at least three attendees now happen with everyone dialing in over Zoom, or similar technologies. In addition, because some people don’t thrive on video chats, the company encourages doing collaborative work in Google Docs or other asynchronous platforms beforehand, to ensure everyone’s voice is represented.

After hearing feedback from parents, Zillow at the start 2021 instituted “core work hours.” All meetings should occur between 10:00 a.m. and 2:00 p.m. West Coast time for everyone, including the chief executive officer. “Our hope is to mitigate that risk, especially for our parents, of feeling like they’re being looked at differently because they have to get a kid situated for virtual learning or school pickup or drop-off in the future,” Tomczyk says. As things progress, she plans to check in with employees to see what else may or may not be working for them.

One of those developing situations is pay. There’s been much debate about how tocalculate compensation as workers scatter across cities and states. Some employers, such as Facebook, Microsoft, and Zillow competitor Redfin, have said they’llcut salaries if people relocate to cheaper markets. Zillow isn’t doing that. But, like most companies, it took cost of living into account when calculating pay packages. Because that could create unintended pay disparities, the company may move away from that practice. Tomczyk says Zillow does pay-equity reviews twice a year. “That gives us the checks and balances, as our employee base continues to go more distributed, to make sure we’re maintaining that equity.”

Even the best-intentioned organizations are dealing with a massive disruption to the way we work that will have all sorts of unexpected ripple effects. “I do think cultural change is possible,” says Collins, the sociologist, but she’s wary of what that will look like without simultaneous policy changes, too. Without federalinfrastructural support, including paid family leave and support for affordable child care, women will still be left picking up the slack at home—and we’ll be right back where we started.