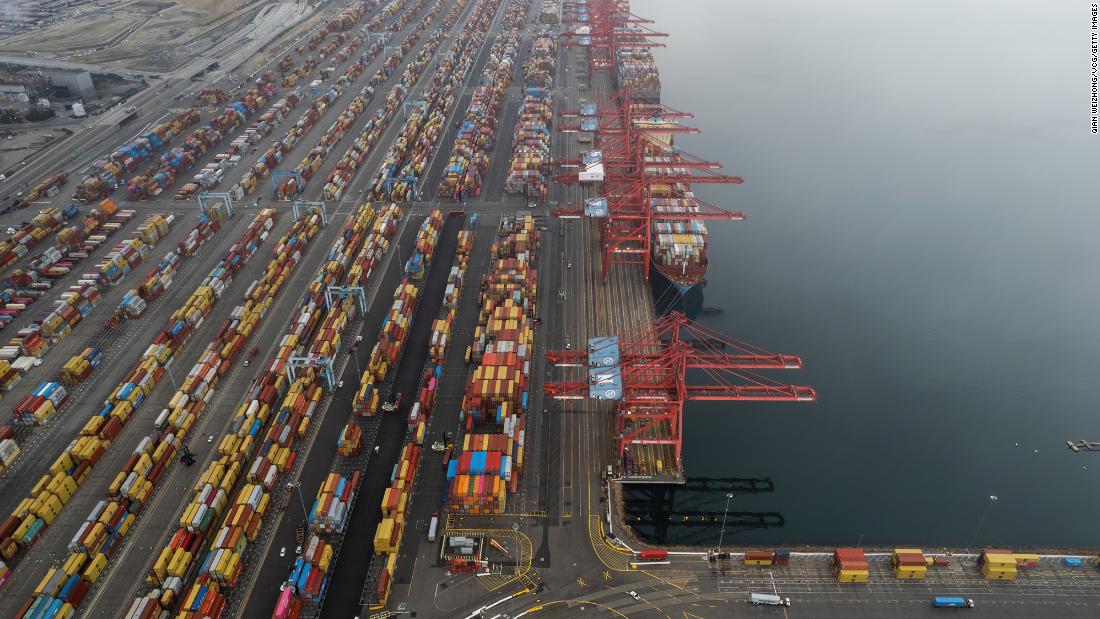 New York (CNN Business)Extreme port congestion has become a major nuisance that just won’t go away this year. Unfortunately, it could be one of the biggest problems of 2022, too.

Backlogs and elevated shipping costs are likely to persist “at least” through the middle of next year, Goldman Sachs warned clients in a note Monday.
“No immediate solution for the underlying supply-demand imbalances at US ports is available,” the bank’s economists concluded in the research report. 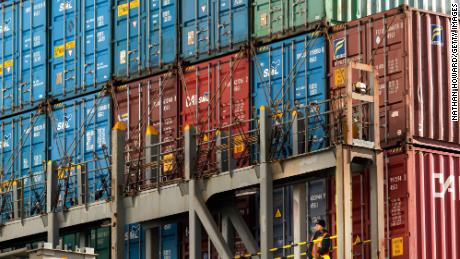 That’s bad news for the economy and for everyday Americans, because supply chain bottlenecks are raising costs, delaying shipments and leaving shoppers with fewer options.

Consumer prices are rising at the fastest 12-month pace since 2008. The amount of products that were out of stock online is up by 172% when compared with January 2020, according to Adobe Analytics.

The most glaring evidence of the supply-chain crisis: the dozens of container ships floating outside the Ports of Los Angeles and Long Beach just waiting to get offloaded. Goldman Sachs estimates there is a staggering $24 billion in goods sitting outside those two ports alone.
But once ships are able to dock and unload, shipping containers have still dwelled at the ports for days.
In September, about one-third of shipping containers at the ports of Los Angeles and Long Beach sat for more than five days after making it off the ship, Goldman Sachs found, compared with low-single digit percentages before the pandemic.
Earlier this month, the White House announced commitments from the Port of Los Angeles, unions and several major companies to move to 24/7 operations.
Goldman Sachs said the move “may help at the margin,” but also requires cooperation from other ports, truck drivers, rail operators and warehouses. And the biggest issue remains a shortage of workers, including truck drivers.
This is a broader problem beyond the California ports. Nationally, the time it takes loaded ships to make it through US ports has tripled from historical norms, Goldman Sachs found. 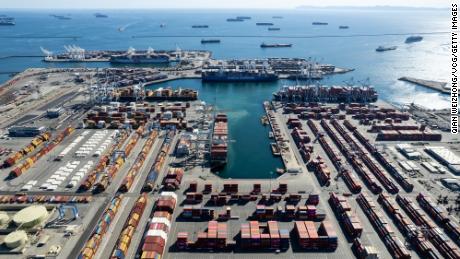 That’s why Goldman Sachs expects congestion at ports to ease just “slightly” in the coming months as the United States moves beyond the peak for shipping demand related to the holiday season.
As long as there are no “further shocks” to supply chains (such as Covid outbreaks and lockdowns), congestion should “ease more meaningfully” after the Chinese New Year in February, Goldman Sachs said.
“However, congestion will likely persist to some extent through at least the middle of next year, and our analysts expect that freight rates will likely remain meaningfully above pre-pandemic levels for at least the next year,” the report concluded.

Rep. Byron Donalds: Colin Powell and his inspiring vision of a great America

From pushback on Facebook's digital wallet to iris scanning for free coins: 6 things that happened in crypto this past week
Technology