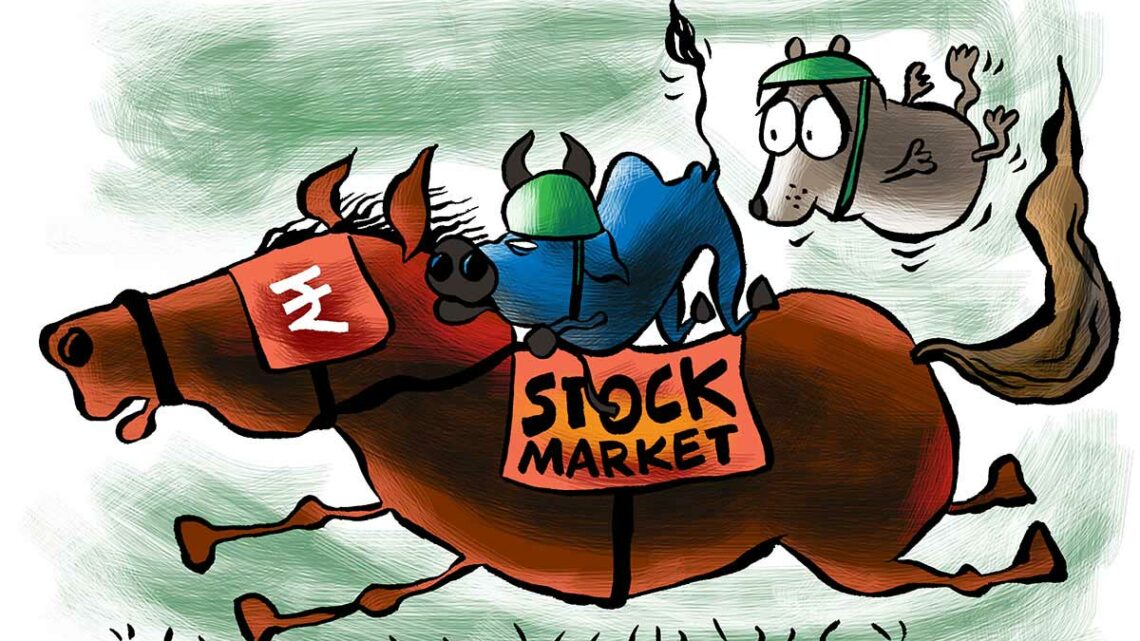 Will the Bull keep running?

Markets are assuming that by the second half of 2021, the world will be approaching some type of normalcy, points out Akash Prakash.

Global markets opened strongly in the first week of 2021, hitting new highs, despite continued disappointment over the pace of vaccinations, the rapid spread of new strains of the virus and further lockdowns in the West.

Markets have also seemingly shrugged aside the chaos of the last days of the Trump administration and are looking forward to the calm of a new administration.

With the Democrats having regained control of the US senate, Joe Biden will now be able to control his legislative agenda and move forward largely unhindered by procedural gridlock.

Markets have reacted strongly to the unification of the Democratic party’s control of government, as it signals certainty on a number of issues.

First of all, it is now almost certain that Biden will be able to push through a much larger fiscal stimulus programme, targeted at individuals, local governments and small businesses.

The Democrats are determined to jump-start the economy, and ensure a strong growth and employment momentum before the 2022 mid-term elections.

They cannot afford to lose control of Congress in 2022, turning Biden into a lame duck, similar to what happened to Barack Obama in 2010.

They have all the incentive to pump as much money as needed into the US economy, to ensure growth revives.

After Georgia, they also have the means.

There has been a sea change in public and professional economic opinion on the appropriate levels of government borrowing and spending.

Making sure that governments’ spend enough is currently seen as more important than fiscal sustainability by all major economic actors, including the Federal Reserve.

There will be little pressure on Biden to immediately try to consolidate the fiscal.

Whatever risks there were of a double-dip recession in the US or of growth disappointing are now minimised with the Democratic Party’s control of Congress.

The Republicans will not be able to sabotage Biden’s steps to deliver a fiscal backstop to the US economy.

What is also clear is that radical policies will have no place.

Steep tax hikes or a severe regulatory pushback on either Big Tech or the Wall Street has little chance of seeing the light of day.

With a 50-50 split in the senate, centrist politicians will call the shots.

Nothing radical or unpopular will get through.

This is in a way the perfect setup for markets.

Fiscal stimulus is certain, but taxes will not rise significantly.

Fiscal policy is assured to be stimulative. Today, no one is concerned about the eventual price of the stimulus.

With Janet Yellen, the new treasury secretary, there is the dynamic of political cover being given to the changing macroeconomic policy framework governing Federal Reserve policy-making.

This Fed, under Jerome Powell, has clearly discarded monetarist inflation targeting in favour of a more Keynesian demand management framework.

The Fed is prioritising maximum employment and price stability in that order.

It has explicitly stated that it will not tighten monetary policy for at least the coming few years, irrespective of fiscal policy and even if inflation were to cross 2 per cent.

This is a dramatic change in orientation and sometimes underestimated in importance by investors.

Going by history, such a move towards Keynesian economics by the Fed has always led to a lower dollar.

Thus, over the coming 12-18 months, we are likely to have accelerating growth, no tightening of monetary policy, surging corporate profitability (driven by cost cuts) and the beginnings of inflation.

This is an environment conducive for equities and all risk assets globally.

While we may see some sector rotation and movement from growth to value, equities as an asset class should do well.

Such an environment will also be dollar-negative and positive for emerging market (EM) equities and other real assets such as commodities.

This is unfortunately the consensus view at the moment.

At least, for a while.

The biggest risks to this view are the following.

Firstly, inflation may be a bigger issue than the consensus recognises.

Surging commodity and oil prices combined with a weak dollar will push inflation in the US upwards and the disruptions in supply chains may give certain companies and sectors pricing power.

While the Fed has clearly indicated that it is willing to let inflation cross 2 per cent for a while before it hikes rates again, bond markets may not be so accommodative.

Given where bond yields are and the extent of overvaluation, a quick surge in yields is always possible.

Already, within a matter of days, 10-year treasury yields in the US have crossed 1 per cent (from 0.52 per cent in August).

While the Fed is likely to continue its quantitative easing (QE) programme and through financial repression it will be able to keep long bond rates under check, it may lose control.

If 10-year yields surge, this may trigger a reset of equity valuations, which in turn may hurt all risk assets.

This is the single biggest risk to the bullish consensus.

Can the Fed ensure that despite rising inflation and surging economic growth, bond yields won’t climb up sharply?

The Fed will not tighten, but can it control yields at the long end through QE and regulatory repression? As inflation moves higher, given where bond yields are, there may be intense asset allocation pressure to move money out of fixed income, pressuring yields further.

The second risk to the bulls is linked to the vaccine rollout.

God forbid, if the virus mutates in an unexpected fashion or if the vaccine roll-out runs into problems, then all bets are off.

Markets are assuming that by the second half of 2021, the world will be approaching some type of normalcy.

If this is wildly optimistic, then markets may be ahead of themselves.

The final risk is linked to normalisation itself.

At some stage, the Fed will come under pressure to taper its QE programme.

Historically, this tapering has been a moment of market vulnerability, if not handled or communicated properly.

Markets may undergo a shakeout at the first signs of the Fed reversing course on QE.

Linked to this is also the diversion of liquidity.

As economies normalise, excess liquidity will come out of financial assets and be used to fund the real economy.

Inventories will be rebuilt or capital spending programmes restarted.

As liquidity comes out of financial assets, markets may be vulnerable again.

The Marshallian K will decline as liquidity moves into the real economy.

Markets are exuberant, and it is easy to see why.

As always, while understanding and, in this case, also agreeing with the bullish thesis, have one eye on what can go wrong.

Akash Prakash is with Amansa Capital.