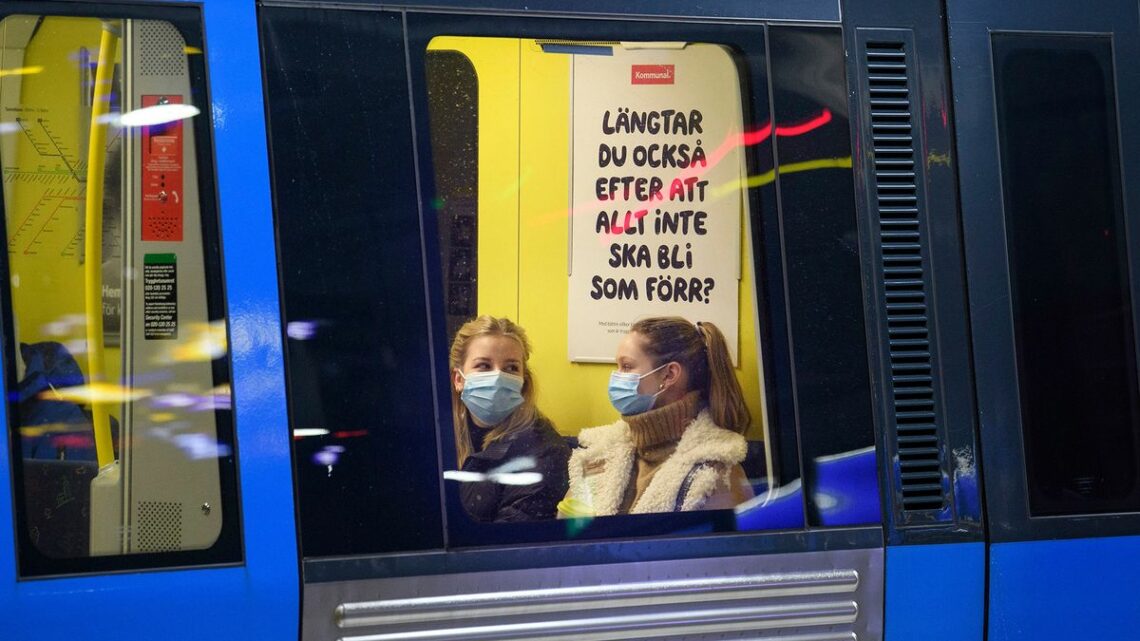 Sweden’s hands-off response to Covid-19, shunning lockdowns while neighboring countries imposed restrictions, sparked controversy from the outset. Even as death rates surged in early 2020, Sweden kept stores, restaurants and most schools open. It did ban public gatherings of more than 50 people and a few restaurants were ordered to close temporarily, but most measures carried little legal weight. While many people complied initially, they were less willing when the second wave hit in November, forcing stricter measures.

1. What arguments did this spark?

Lockdown skeptics saw the strategy as a way to avoid negative side effects of restrictions to curb transmission and as a model for containing the virus without infringing personal liberty. Critics labeled it adeadly folly or an outrightdisaster. Supporters of the government point to countries such as the U.K., Italy and Spain that did lock down but have higher death rates than Sweden, while critics argue that the best comparison is with nearby countries such as Finland and Norway, which have similar population densities and health care coverage but whose death rates and infection levels have been well below those of Sweden.

2. Why didn’t Sweden lock down?

Anders Tegnell, Sweden’s state epidemiologist and the main architect of the response, argued that all aspects of public health should be taken into account, including the adverse impact of restricting people’s movements. Tegnell has said that Sweden followed tried and tested methods for handling pandemics, while other countries went “mad” when imposing lockdowns. Sweden instead relied mainly on people’s willingness to adjust their lives voluntarily to help curb transmission. There are also legal limits on what measures Sweden can take; while atemporary rule that allows the government to shutter stores is now in place, Swedish law doesn’t permit stay-at-home orders or curfews.

3. Was the goal to reach herd immunity?

The Public Health Agency initially assumed that immunity in the population would eventually stall virus transmission, though it denied mediareports that its aim was to reach herd immunity by allowing segments of the population to get infected. Herd immunity, which blocks transmission, comes when enough people in a community have been immunized, by infection or vaccination. Early calculations overestimated the number of unreported cases, leading experts to misjudge the level of protection in the population. Tegnell said in early May that at least 10% to 20% of people in Stockholm had been infected, while three weeks later the agency found that no more than 7% of the capital’s population hadantibodies against the virus. As the second wave hit, Tegnell and his colleagues made clear that Swedencouldn’t rely on herd immunity to stop the virus from spreading.

4. Was this more about politics or science?

In Sweden, authorities such as the Public Health Agency have a great deal of autonomy and while the government has the final say, it tends to rely heavily on their expertise. When the pandemic first hit Sweden in March, it was clear that the center-left government of Prime Minister Stefan Lofven would follow the approach outlined by the agency, and it has continued to do so, even if initiatives taken since November have shown some signs of a rift. While Lofven has publicly said he continues to make decisions based on consultations with Tegnell and his agency, a series ofmeasures since November indicate a more active government role.

5. Has the strategy been abandoned?

Partly. From November 2020, Sweden started to introduce more significant restrictions, which by early 2021 included a ban on alcohol sales after 8 p.m. and allowing schools to teach seventh to ninth graders online. While stores remained open, there were capacity limits. Most entertainment venues such as cinemas and theaters were forced to close because of an eight-person cap on gatherings. The Public Health Agency also tweaked its recommendations by asking people living with someone infected to quarantine, and making mask recommendations, albeit only on public transport during rush hour. Still, there was no formal lockdown. The Oxford Coronavirus Government ResponseTracker, which crunches data on policies around the world relating to virus containment and lockdowns, health system measures and economic support, showed that Sweden, having had the least stringent approach in Europe in late March to mid-April 2020, by early 2021 had moved to the middle of the pack.

6. How bad is Sweden’s death rate?

By late January 2021, more than 11,500 people in Sweden haddied, or 113 per 100,000 of its population. That was above the EU average, triple Denmark’s death rate and 10 times Norway’s. The worst affected countries in Europe, including the U.K., the Czech Republic and Italy, were registering more than 140 deaths per 100,000. The pandemic exposed flaws in Sweden’s institutions and health care system similar to those experienced elsewhere. Care homes were ill-prepared, the country had inadequate supplies of protective equipment, a lack of coordination stalled attempts to ramp up testing, and intensive-care capacity was less than half of the European average. Sweden was also one of several countries that underestimated the speed at which the disease would spread and took action too late.

7. Has the strategy had any success?

Proponents argue that Sweden has shown it’s possible to control the virus without taking steps that limit freedom and have a detrimental effect on health. The World Health Organization, while not endorsing Sweden’s strategy, has highlighted the benefits of measures that are based on trust between authorities and the public. The recommendations issued during the early stages of the pandemic did affect people’s behavior, with Stockholm restaurant sales down between 75% and 80% by late March. Following the December holidays, when many people stayed home, there was a drop in infections, but authorities were warning that unless people followed social distancing guidelines, Sweden could see a resurgence. There was also concern aboutnew variants of the virus, which prompted the country to restrict entry from the U.K., Denmark and Norway.