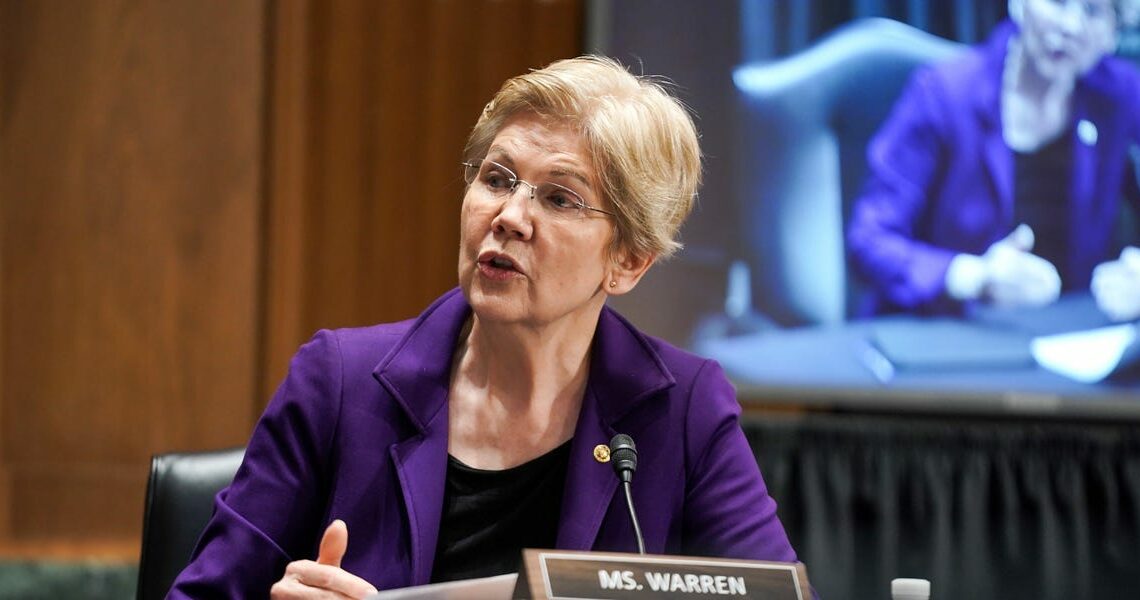 As calls increase for President Joe Biden to cancel $50,000 in student debt per person, lawmakers are also keeping an eye on student loan servicers, which process loan payments and collections. The problem is they’ve been accused of failing to provide borrowers with all the necessary information.

The big player in student loans is Navient, which is not only the biggest student loan servicer in the US but also the processor of a large portion of federally backed student loans, and after the Democrats won control of the Senate in January, Navient is facing a new chair of the Senate Subcommittee on Economic Policy in the form of Elizabeth Warren.

Warren has had Navient and other student loan servicers in her sights for well over a decade. All the way back in 2006, when she was still a Harvard Law professor, Warren was interviewed on “60 Minutes” and cited Sallie Mae, as Navient was formerly known, for its abuses of the student-loan system. The next year, Warren wrote a Democracy Journal column arguing for the creation of a Financial Product Safety Commission that would include protection from deceptively marketed student loans.

In her first hearing as subcommittee chair, on April 13, Warren invited Navient CEO John Remondi to testify, alongside 10 other witnesses.

Warren said in her letter to Remondi inviting him to testify that Navient has a “decade-long history” of abusive allegations. She told him at the hearing that the government should “absolutely” fire Navient, and Navient should fire Remondi. She went even further in comments to Insider.

“The federal government has an obligation to make sure student loan servicing is working for student borrowers and taxpayers – not big corporations,” Warren told Insider. “Navient has a decades-long track record of cheating and misleading borrowers, servicemembers, and taxpayers. It’s past time to fire them and other servicers that abuse student borrowers at taxpayer expense.”

Navient declined to comment on Warren’s call for Remondi to be fired, but pointed Insider to a link with all of Navient’s responses to Warren’s accusations, calling them “false and misleading.”

Here are the steps Warren has taken to hold Navient accountable since 2013:

Sallie Mae agreed to a multimillion-dollar settlement with the New York Attorney General’s office in 2007 to resolve claims related to the improper marketing of student loans.

In September 2013, soon after she entered the Senate, Warren sent a letter to the Treasury and Education Departments requesting information on their relationships with Sallie Mae despite “Sallie Mae’s pattern of breaking the rules and ignoring its contractual obligations.”

In May 2014, the government fined Navient $97 million for violating the Servicemembers Civil Relief Act (SCRA) by unlawfully charging active-duty service members high interest rates and late fees on student loans. In August 2015, Warren released a report identifying the problems with the Education Department’s review of student loan servicers’ compliance with the SCRA.

In May 2016, Warren wrote to the Federal Student Aid office with concerns about Navient’s increase in lobbying expenditures despite Navient owing the Education Department over $20 million.

And in April 2017, Warren called out Education Secretary Betsy DeVos for giving “a big wet kiss to Navient” by rescinding the Obama-era guidelines that had made it harder for servicers with track records of misleading students to get future servicing contracts.

In November 2018, Warren released an audit providing evidence of Navient’s record of causing students to go into deeper student debt by “steering student borrowers into forbearance when that was often the worst financial option for them.”

In October 2019, Warren urged the Education Department to not renew Navient’s contract, and in January 2020, she called on DeVos to collect the $22.3 million Navient owed the Department, which ended up being collected in February 2021.

Most recently, Remondi testified at Warren’s hearing where she told him he should be fired, and Remondi responded: “These allegations are not true.” He added, “They’re accusations and not necessarily based on facts.”

Navient has admitted no wrongdoing, and investigations are still ongoing.