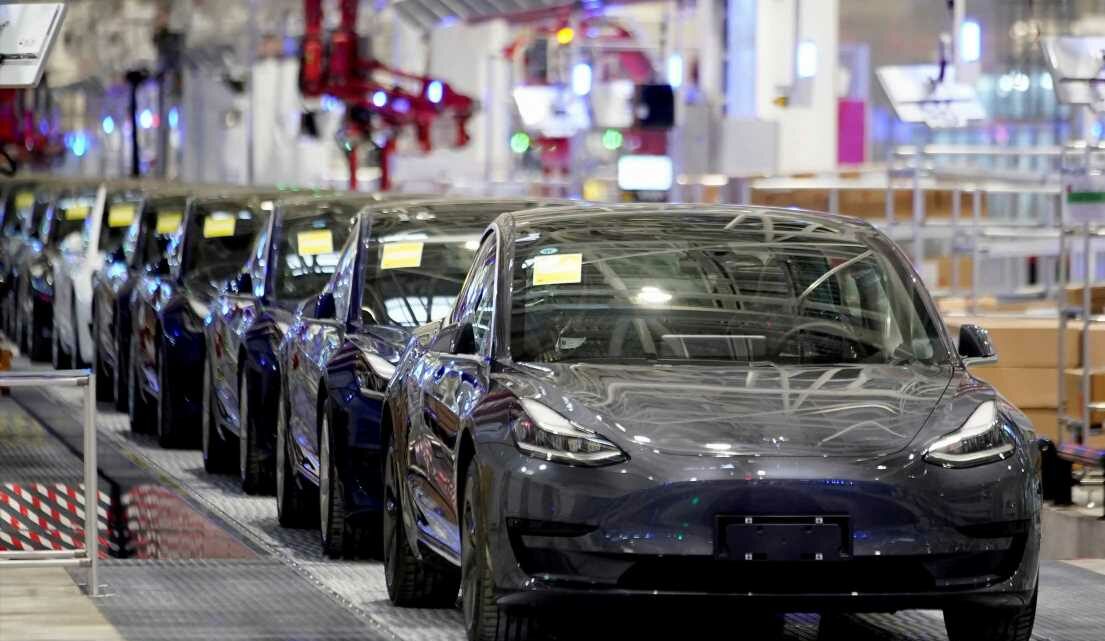 Climate investing is for real and is here to stay, according to Jim Coulter, TPG executive chairman and founding partner, it's just knowing which companies and technologies are for real that remains one of the toughest parts of the investor equation.

Tesla is a prime example of the potential, and potential peril, in the early climate investing era. In a matter of months, Volkswagen is expected to become the biggest manufacturer of EVs in the world. This week, Ford unveiled a new $11 billion commitment to EVs and batteries.

"We are about to see a few of the great battles in the history of business play out," Coulter said at Wednesday's CNBC Delivering Alpha conference. Coulter, who manages the $5 billion-plus TPG Rise Climate fund, said the auto market is going to be one of them.

During tough financial moments in Tesla's history, CEO Elon Musk has pointed out that there has not been a new successful U.S.-based auto company in a century. And that is one of the historical footnotes that has Coulter worried about Tesla, too. Coulter noted that the OEM market based in Detroit in the 1920s featured as many as 100 automakers.

"There will be chaos in the market … but there is opportunity in that chaos," Coulter said, speaking not only to the coming shakeout in autos but the grid and battery market as well. Investors need to be careful, he says, and not just look at a trend that is here to stay and say "buy batteries."

On a separate ESG investing panel discussion earlier on Wednesday at Delivering Alpha, CalSTRS chief investment officer Chris Ailman, who worked with activist investor Engine No. 1 to win board seats at Exxon Mobil earlier this year, said climate change will be an alpha generator for the next four decades.

Speaking on the same ESG panel, investment giant Wellington's vice chair Wendy Cromwell, said, "We get caught up in the terminology or the nomenclature of ESG, but if you just take a big step back and you think about what are some of the big megatrends that are shaping our company's economies and society going forward, certainly, everyone would agree that climate change is a megatrend. And that investors need to study it, and companies need to be prepared for it."

Like many investors who have lived through multiple bull markets and thematic waves that delivered big returns, Coulter echoed concerns about the tech bubble of the 1990s. He believes climate will be the fourth wave of his investment career that changes how every business operates — following the recent decades' interest rate cycle, globalization and technology sector's rise — but like in 1998, investors need to have skepticism.

In the past 18 months, the public market has experienced a massive increase in flows to ESG investing stories, including "a lot of money" to a limited number of companies like Tesla. It's not just retail investor money. Some long-term institutional investors are big believers in Tesla, such as billionaire fund manager Ron Baron. The market's newest hotshot stock picker, Cathie Wood of ARK Invest, is also a top Tesla holder.

"When money begins to flow into a limited number of companies, there is hydraulics to that," Coulter said.

It is the second time this year Coulter has warned investors that it is still difficult to assess whether Tesla will be the next AOL or Amazon. He told CNBC's Leslie Picker in July, "It's clear in the public markets that Tesla, in some ways, is garnering attention — it may not end like AOL ended — but it's an early understanding of the importance of one sector of the climate-change universe. So EVs are a portion of what needs to happen. … And yet if you look at the amount of focus on climate-related companies, a huge amount of focus is in that one corner of the market."

Solving EVs will create "immense opportunities" for investor capital, Coulter said on Wednesday at Delivering Alpha, but he added to the Tesla comparison as well: "AOL was one of the first companies you heard about and Tesla was the first you heard about here, but it doesn't mean we have seen the Googles and Salesforces of this."

Coulter does foresee massive change on the scale of the tech sector's evolution, with the power grid going from a model that is akin to original mainframe computing to a distributed grid with intermittent sources like wind and solar power coming into a generation mix that is "massively more complex and green" and more like technology's current client-server model.

"You can learn a lot from the analogy of what happened in the public market [in the 1990s]," Coulter said. The investable climate market, like the tech market, is coming. But investors should "not get carried away with this moment, but this era," Coulter added.

There are multiple major economic waves that Coulter says investors can key in on as a way to generate alpha as the overall market look stretched in terms of valuation, and those include reshoring of industry and biotech. But he is searching for alpha in decarbonization, which he thinks can be the biggest industrial revolution in the history of mankind, but is "just in the early moments of that era."