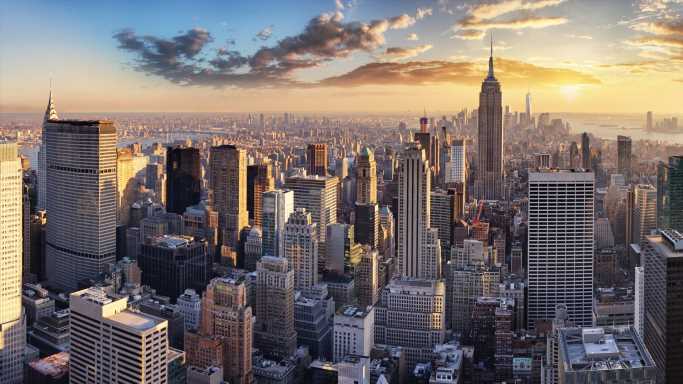 Where People From New York State Are Moving to the Most

According to the U.S. Postal Service, more than 330,000 residents of New York City requested out-of-state address changes in the first eight months of the pandemic lockdowns last year, as businesses closed and people fled to safer domestic harbors in less-populated areas. Since then, the population has rebounded at least partially — but statewide, the situation is less rosy. (These are America’s fastest shrinking cities.)

Even before the pandemic turned Manhattan into a ghost town, New York State was losing population. The numbers declined by 1.4 million residents between 2010 and 2019, according to Albany-based The Empire Center for Public Policy, a conservative think tank. The U.S. Census Bureau estimates an additional 126,000 residents left the state between 2019 and 2020. (New York isn’t the only state to lose numbers. See how every state’s population has changed since 2010.)

New York recently lost a seat in the U.S. House of Representatives because of this demographic shift. The decline also means less public revenue as tax-paying residents leave in pursuit of better job opportunities and a lower cost of living.

So did New York residents move before the pandemic? To answer this question, 24/7 Wall St. reviewed state-to-state migration flows from the U.S. Census Bureau’s American Community Survey, revealing the number of people living in other states (or Washington D.C.) in 2019 who had lived in New York the previous year. State population and population change figures are based on one-year estimates from the ACS (five-year estimates for Washington D.C.). Unemployment rates are from the Bureau of Labor Statistics.

What our research revealed was that, for the most part, at least in pre-pandemic times, when people left New York State, they seemed to be emigrating to neighboring states or to larger ones in other parts of the country, such as California and Texas. No Midwestern state was among the ten most popular destinations, though states in the South were popular among some Empire State emigrés.

It is important to note that our list does not include New York State, and all rankings are out of a universe of 49 states and the District of Columbia.

One in TWELVE children in England 'had Covid last week'