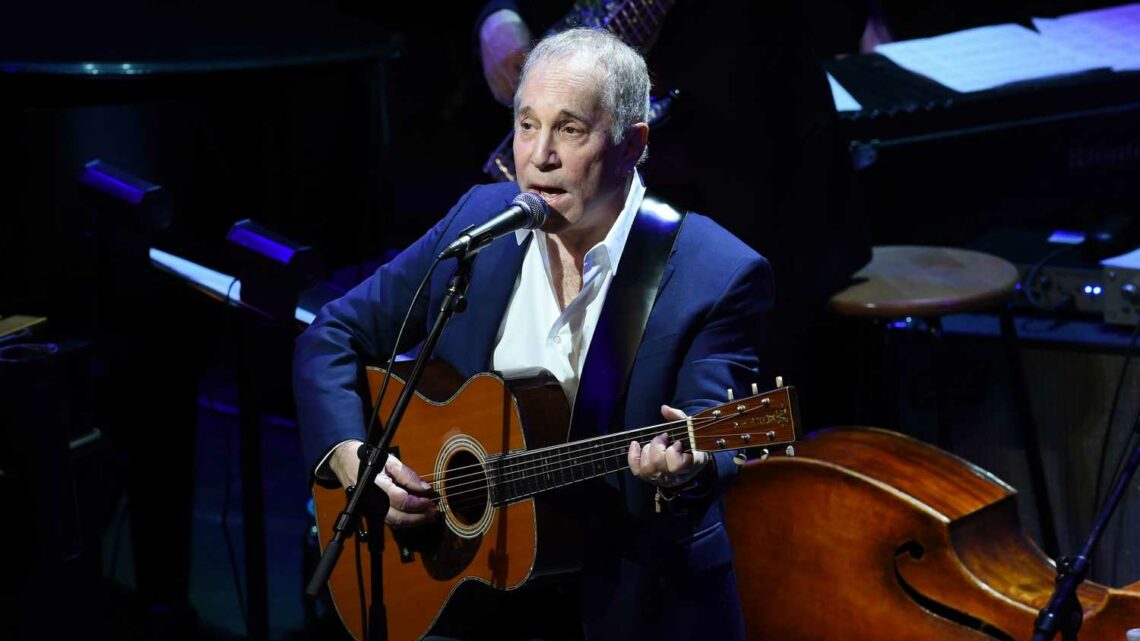 What's behind the boom in iconic boomer musicians selling their songs

From Bob Dylan plugging in his electric guitar for the first time to Super Bowl commercials, there have always been moments in music history when the most die-hard fans will accuse their idols of doing the unthinkable: selling out. But right now "'selling out" has a new connotation, and it is a boom market for both investors and superstar recording artists.

A wave of boomer rock icons are selling out of their song catalogs. The moves, the latest of which was made by Paul Simon last week, point to a straightforward truth about the intersection of art and money: Music has always been a business, and one where creative genius deserved to be rewarded with riches. And it is a business that right now is seeing major changes caused by streaming, and further disruptions caused by the pandemic. The deals from Paul Simon, Bob Dylan, Neil Young (in Young's case a 50% stake) and Stevie Nicks (80% of the rights to her songs), highlight major trends in the entertainment industry, capital markets and wealth management.

Music publishing companies like Hipgnosis Songs Fund and Primary Wave Music, and conglomerate players like BMG, Sony, Warner Music Group and Vivendi's Universal Music Group, are buying up premier song catalogs in big deals fueled by record low interest rates with the belief there will be more lucrative returns in the future from selling the rights to these songs across entertainment platforms.

Larry Mestel, CEO of Primary Wave Music, the company that just acquired a majority stake in the catalog of two-time Rock and Roll Hall of Fame inductee, Stevie Nicks, told CNBC the economic environment that the Coronavirus pandemic has created has worked in favor of companies looking to purchase large assets. These low interest rates make it easier to borrow money, and high rates of return have created a perfect opportunity for acquirers.

"You're talking about a low interest rate environment and you can achieve a 7% to 9% … and then increase that through marketing and generate mid-teen returns. That's a very attractive place for people to put money," he said.

Music catalogs also have proven to be recession-proof, and the pandemic has only heightened the amount of deals being made as the music industry goes through a massive disruption caused by the shutdown of live venues and touring.

The deals also come at a time when streaming music — for all of its controversy and skepticism on the part of the musicians themselves about getting a raw deal — has proved to be an economic juggernaut, at least for the record companies. In 2020, Goldman Sachs forecast that global music revenue would reach $142 billion by the end of the decade, reflecting an 84% increase when compared to the 2019 level of $77 billion and streaming capture 1.2 billion users by 2030, four times its 2019 level, and primarily benefiting companies like Sony, which bought Simon's catalog, and Universal, which acquired Dylan's songs.

Global streaming music revenue hit an all-time high as percentage of the industry last year (83% according to a recent report) and it favors the superstars, too. Spotify has said its mission is "giving a million creative artists the opportunity to live off their art," but as a recent New York Times analysis noted, Spotify's data shows only about 13,000 generated $50,000 or more in payments last year.

It's not just streaming, though. The rights to bigger acts catalogs, once acquired, can be used in sync placements that license music across various forms of media, including film, television shows, advertisements, and video games.

"From a publisher's perspective, it is extremely valuable to obtain the rights to a certain catalog that we can pitch for synch," said Rebecca Valice, copyright and licensing manager at PEN Music Group. "A catalog can do its own pitching just because of its legendary success."

The more recognizable a catalog is, the more valuable it becomes for companies to purchase and use in movies or television. The best catalogs "pay for themselves" over time, she says, as synch helps recoup the money acquirers spent "and then some as time goes on."

"I do believe that the icons and legends are worth more than the other artists," Mestel said. Primary Wave owns the catalogs of stars like Whitney Houston, Ray Charles, and Frankie Valli and the Four Seasons.

Some famous musicians of the boomer era have lashed out at the situation the industry has placed them in, such as David Crosby, who said in a tweet in December, " I am selling mine also … I can't work … and streaming stole my record money … I have a family and a mortgage and I have to take care of them so it's my only option … I'm sure the others feel the same."

He sold his entire catalog to Irving Azoff's Iconic Artists Group in March, which had also recently acquired a controlling stake in The Beach Boys' intellectual property, including a portion of the song catalog.

"Given our current inability to work live, this deal is a blessing for me and my family and I do believe these are the best people to do it with," Crosby said in a statement announcing the deal.

For the musicians themselves, there is a mega trend at work: the estate-planning needs of America's wealthiest generation. Boomer musicians (and those born just on the cusp of that generation's start like Simon and Dylan in 1941), just like their fans, are aging. "Artists are getting older now so they can use cash, they can estate plan," Mestel says.

Of course, the downside can be loss of control over an artist's most precious asset: the creative genius that made their careers.

"These aging rock stars may want to cash out to provide for their estates … but you lose control of your brand and your legacy, to some extent, depending on what protections you put in place as part of the deal," said John Ozszajca, musician and founder of Music Marketing Manifesto, a company that teaches musicians how to sell and market their music.

Crosby and Azoff have been friends for a long time, a point Azoff made in the release announcing the deal.

Some fans aren't too happy about hearing hits like Nicks' "Edge of Seventeen" or Dylan's "Like a Rolling Stone" selling cars and clothes — though Dylan has done multiple Super Bowl commercials dating back many years for GM and IBM, and his songs have been featured alone in others — but the decisions to sell catalogues can also help musicians avoid posthumous legal battles like the estates of Tom Petty, Prince, and Aretha Franklin had to endure.

BMG acquired the catalog interests of Nicks' bandmate, Mick Fleetwood, of Fleetwood Mac early this year and noted some stats in its announcement that show that as old as boomer acts may be, they can get renewed life from viral streaming hits. The Fleetwood Mac song 'Dreams' generated over 3.2 billion streams globally (during an eight-week period September 24 to November 19, 2020) due to a video with a cranberry juice-loving fan, and introduced a new generation, more accustomed to TikTok, to Fleetwood Mac. The band's album "Rumours" reached No. 6 on Billboard's Streaming Songs chart 43 years after its release.

Dylan's deal is the biggest reported so far, estimated at $300 million though no sale price was officially disclosed and Universal only said in a release it was "the most significant music publishing agreement this century."

"It seems like anybody that has a relationship in the music business that knows anybody is trying to raise money. But that doesn't mean that they can go out an identify assets to sell or even know what they're doing."

BMG and private equity giant KKR recently signed a deal to go out and make a major musical rights acquisition, and as one executive told Rolling Stone, "We're not chasing hits from January 2021. We're looking at repertoire that's proved itself about being part of our lives."

KKR has been in on big music deals in the past, and the trend of buying rights is not new, but the current boom is notable, and fits within the asset class appreciation taking place across so many parts of the market as investors seek more ways to put their money to work. While the boomer deals are the biggest headlines, recent acts are seeing big paydays as well. Earlier this year, KKR bought a stake in the catalog of OneRepublic's Ryan Tedder for a reportedly high sum.

Companies like Primary Wave are working with artists like Nicks to try and keep them as part of the deal, and make that deal even better for them in the future, according to Mestel, who says many didn't understand that they could enter into a partnership, sell a piece of their catalog, and that piece potentially become more valuable in the future than the 100% they owned before.

"If all goes well, [artists] get the most out of what they're trying to sell it for, and it's usually a win-win scenario for the buyer and the seller," Valice said.