Walmart reveals salaries — and they may not be what you think

Walmart revealed average worker salaries in a new report, as the low-cost retailer battles a reputation for low pay in one of the tightest job markets in recent American history.

A full-time hourly worker in a Walmart store in the U.S. makes an average of $14.26 an hour, or around $25,000 a year, according to the company’s 2019 Environmental, Social & Governance Report released on Wednesday. That’s the average, but the range is $11 an hour to $24.70 an hour, Walmart spokesman Kory Lundberg told ABC News. 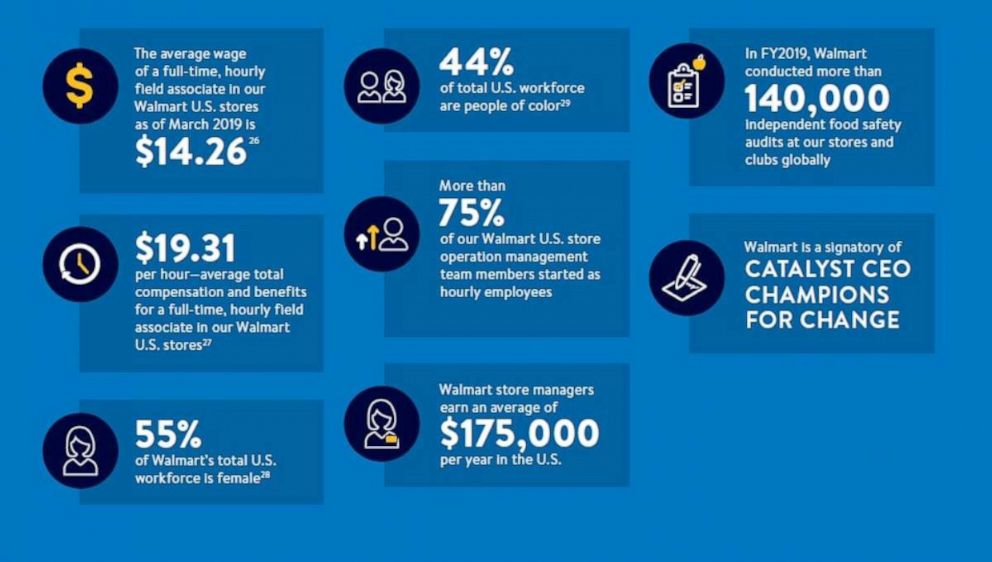 At Walmart, 34 hours a week is considered full-time, and most workers average 37 to 38 hours weekly, the company said. Health insurance is provided for employees who work at least 30 hours a week, Lundberg said.

In the U.S., Walmart store managers earn an average of $175,000 a year, according to the report. Their actual salaries are based on sales volume and the size of the store, Lundberg said. 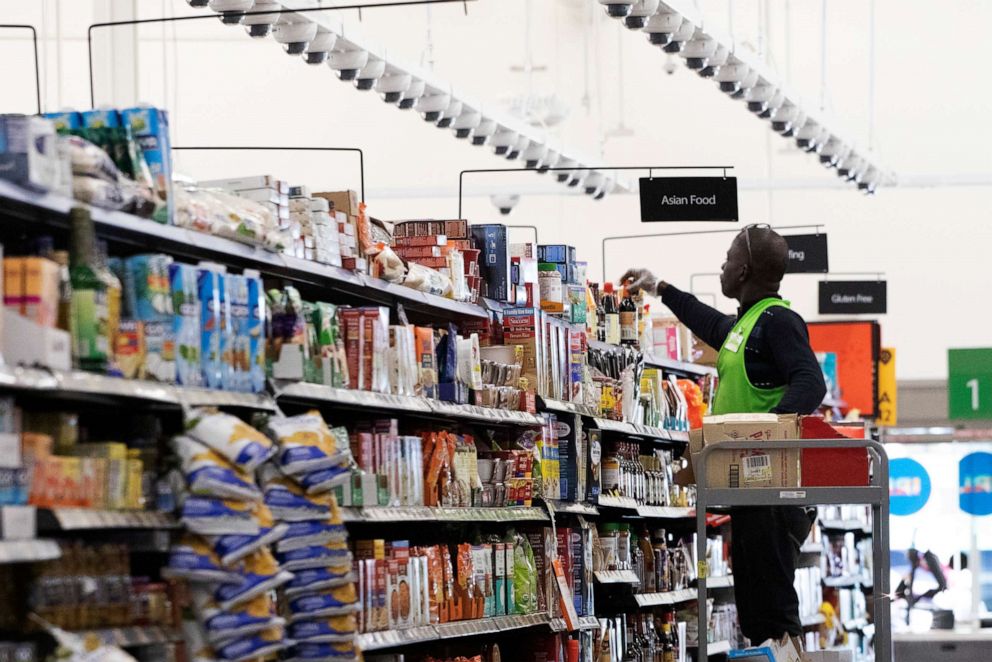 “These stores are often the largest businesses in their communities with up to $100 million in sales and 300 employees,” Lundberg said, adding that 75% of these managers started off as hourly employees.

Still, that’s not much compared to Walmart’s CEO Doug McMillon’s pay — he earned $22.8 million in 2018, or almost 1,000 times the average full-time workers’ salary.

Competitors including Amazon and Costco say they pay workers at least $15 an hour.

“Walmart started paying more not in response to the tight job market, but in response to competition from its fellow retailers and also because it knew it wasn’t paying enough,” Charles Fishman, the author of “The Wal-Mart Effect,” told ABC News. “Those wages, and that plan is serving Walmart well as the competition tightens up.” 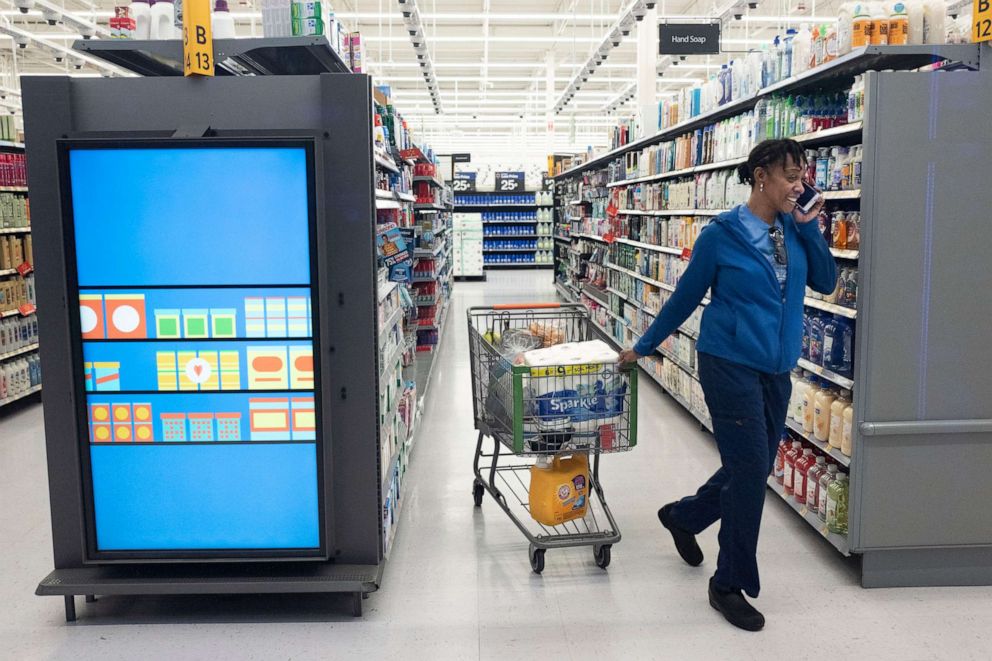 “Let’s be clear. There’s no world in which $14.25 an hour or $110 a day before taxes is not a struggle,” he said. “The fact that it’s double the federal minimum wage ($7.25 an hour) is an indictment of the minimum wage. There’s no cushion. It’s the definition of living paycheck to paycheck.”

However, the fact that Walmart reduced employee turnover by 10% in the past year, “shows the wages and the training are working. People are not leaving to make another $1 an hour across the street. They are sticking around,” Fishman said

Chelsea Manning Released From Jail After Refusing To Testify On WikiLeaks