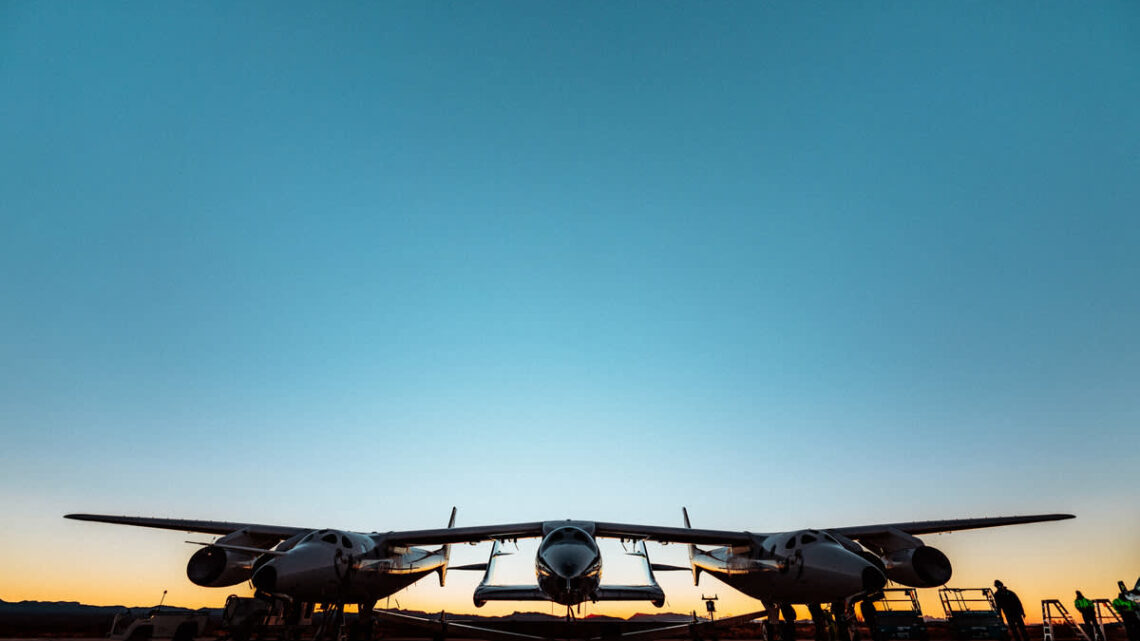 Virgin Galactic shares fell in trading on Friday after the company's fourth quarter results revealed delays to its test flight program, with the expected launch of its commercial service now pushed to 2022.

The space tourism company reported a quarterly loss that was inline with what Wall Street analysts were expecting, but the next spaceflight test of its SpaceShipTwo vehicle "Unity" was pushed from February to May. The company found an electromagnetic interference issue with a new flight control computer on Unity, with CEO Michael Colglazier saying the company expects corrective work will take eight to nine weeks.

The delays to Virgin Galactic's spacecraft testing program, which was previously setback after an in-flight engine abort during a spaceflight attempt in December, caused the company to push back its schedule for beginning regular space tourism flights.

Shares of Virgin Galactic fell as much as 15% in trading, to near $35 a share, after Thursday's close of $42.24. The stock remains up significantly since the beginning of the year, gaining about 60% year to date even after Friday's drop.

Colglazier gave investors an updated overview of the milestones Virgin Galactic expects to reach this year given the testing delays.

The company's next major event will not be with Unity, but rather feature the rollout of the second spacecraft in Virgin Galactic's fleet – and the first of its SpaceShip III generation. Colglazier said the SpaceShip III vehicle features "a modular design" with "enhanced fabrication and assembly processes," which the company expects will unlock "better performance in terms of flight rate" and maintenance.

In the meantime, this spring Virgin Galactic will work to fix the electromagnetic interference (EMI) issue with Unity. The company's analysis showed EMI as the root cause of the December flight abort, and further EMI issues during pre-flight preparations caused Virgin Galactic to stand down from a spaceflight attempt that was expected earlier this month.

"To reduce the EMI levels, we will be enhancing the new flight control computer with additional features. Once we complete these modifications, we'll thoroughly test the system on the ground, both in the lab and on Unity, following which we will recommence our flight test program," Virgin Galactic president Mike Moses said on the company's earnings conference call.

Unity's flight attempt in May will effectively be a repeat of the December test, with only two pilots on board.

"Our current flight test protocol for the first SpaceShipThree vehicle calls for four glide flights and four powered flights, and we expect the spaceflights will be revenue producing," Colglazier said.

Given Unity's delays thus far, Coglalzier declined to give specific target dates for the second spaceflight attempt, saying only that Virgin Galactic expects it will "occur this summer." The second Unity spaceflight will carry four passengers along with the pilots – the most people Virgin Galactic will have flown at once.

Then Virgin Galactic will fly a third spaceflight test, with Unity carrying company founder Sir Richard Branson on a trip nearly two decades in the making.

The company also added a fourth spaceflight test for Unity under a partnership with the Italian Air Force. Colglazier said the flight will carrying three passengers and multiple research payloads, featuring as "suborbital astronaut training" for the Italians. That flight is expected "to occur in late summer or early fall," Colglazier said, and will conclude Unity's flight testing.

Then Virgin Galactic will begin a period of maintenance downtime that Colglazier expects will last about four months. The company will conduct an "analysis and refurbishment period" with its carrier aircraft Eve, spacecraft Unity, and SpaceShip III vehicles.

"We've decided to implement enhancements and accelerates of long-term maintenance updates to our mothership Eve, that will improve the predictability and frequency of flight rate," Colglazier.

Given the downtime, Virgin Galactic now expects that "Unity will begin flying private astronauts" in early 2022 – which will mark the beginning of the company's commercial space tourism service. The company last expects that "SpaceShip III will be in a position to complete its flight testing" early next year, Colglazier said.

"The big news flow out of the print was the re-baselining of the flight schedule," UBS analyst Myles Walton said in a note to investors.

UBS has a neutral rating on Virgin Galactic, cutting its price target to $40 a share from $52 a share. Walton said he sees "a bit more technical risk on the schedule than previously," although he was "encouraged by the speed in building a foundation for scale when the green-light on commercial ops is achieved."

Alembic Global Advisors downgraded Virgin Galactic to neutral from overweight, with its price target shifting to $39 a share from $27 a share.

"What drives our downgrade is a combination of the shares' current valuation (the stock has risen 78% YTD after more than doubling in 2020) and a new outlook from management that seems to posit additional capital spending and a longer time to achieve regular-way consumer passenger trips, which now seem to us to be on an early-2022 time line," Alembic analyst Pete Skibitski wrote in a note.

Credit Suisse analyst Robert Spingarn also adjusted his firm's price target on Virgin Galactic to $42 a share from $36 a share in light of the stock's strong performance to begin the year.

"The updated plan, which relies on higher numbers and newer versions of the spacecraft, likely takes longer to build out than that which we contemplated when we launched coverage," Spingarn said.

Credit Suisse pushed back its forecast for Virgin Galactic achieving a high volume of flights from Spaceport America in New Mexico to 2025 from 2024. Spingarn also noted that Virgin Galactic "seems content" with about 11 quarters of cash left in its runway, based on the current quarterly burn rate.

"We now have a higher capex line which may require additional capital by the end of 2022 depending on the pace of further progress and burn rate," Spingarn noted.