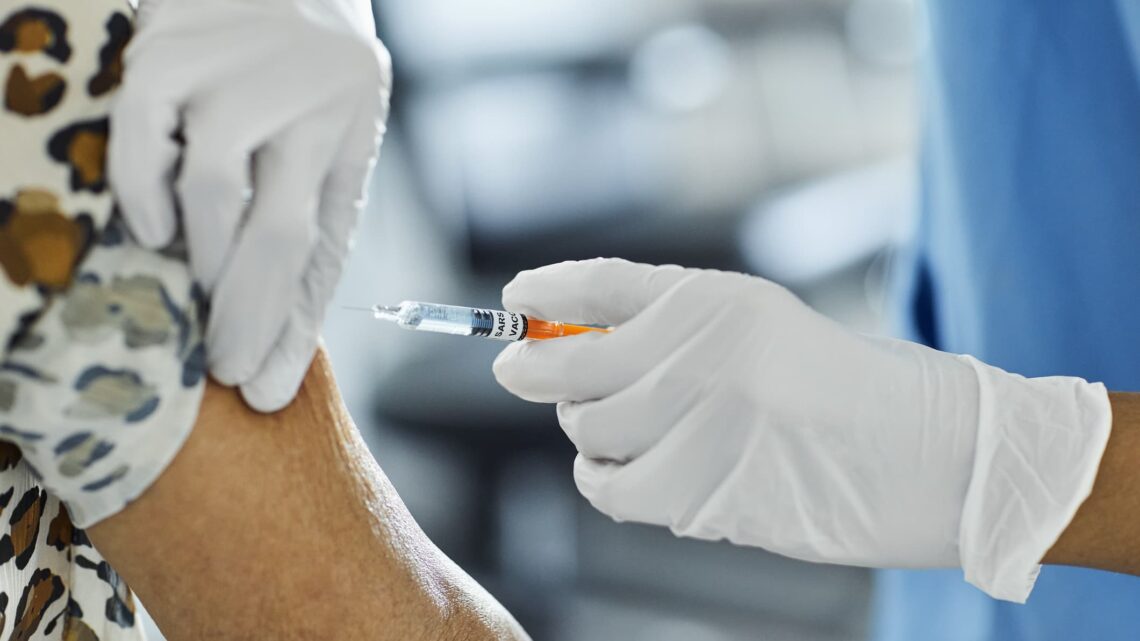 Job listings are requiring applicants get vaccinated in increasing numbers, and the trend appears poised to continue.

The number of job postings mandating candidates have a Covid-19 vaccine doubled since the end of September, according to an analysis published Tuesday by Ladders, a career site for higher earners.

"To see something doubling month-over-month indicates real change in the economy and companies' behavior," said Marc Cenedella, founder and CEO of Ladders.

Job-listing trends typically take years or even decades to evolve, he said.

More from Personal Finance:
Democrats may not touch these taxes on wealthy, but they're going up anyway
Remarrying? These should be your key financial considerations
1 in 4 Americans have little saved to cover medical costs

The share of listings requiring a vaccine remains low relative to the overall number, however. About 10,000 job posts — 5% of the total — required a Covid-19 vaccine as of Oct. 31, according to the analysis.

But the rapid acceleration is remarkable and suggests the trend will continue for the foreseeable future, Cenedella said.

(The analysis, which is of positions paying at least $80,000 a year, examines listings on the Ladders site as well as public ads on corporate career websites across the U.S.)

Similarly, 2% of all U.S. job postings on job site Indeed advertise that vaccination is required, according to AnnElizabeth Konkel, an economist who analyzed company data as of Oct. 22.

By comparison, about 0.5% of Indeed job posts had a vaccine requirement two months earlier.

The share in October was also higher for certain occupations relative to others: Nearly 7% of pharmacy and child-care job postings included vaccination requirements, according to Indeed.

The Biden administration is soon expected to issue a rule requiring larger private-sector employers to mandate vaccines for workers. (The unvaccinated would have the option to get tested on a weekly basis and wear a mask at work.) It's expected to cover two-thirds of the private-sector workforce.

The Food and Drug Administration gave Pfizer full U.S. approval of its Covid vaccine in August. The move was expected to encourage some unvaccinated Americans to get the shot and give companies more confidence to require it.

A quarter of workers in October said their employer has required them to get a Covid-19 vaccine, up from 9% in June, according to a survey published Thursday by the Kaiser Family Foundation.

Adults with a household income of at least $90,000 are more likely than those with incomes below $40,000 to report a Covid-19 vaccine requirement at work — 31% versus 18%, respectively, according to the Kaiser Family Foundation survey.

There's also a political split — 26% of Republicans said their employer requires vaccination or that they want their company to mandate vaccination; the share is 77% among Democrats and 46% for independents.

Some companies and municipalities have fired workers or put them on unpaid leave for refusing to comply with vaccine mandates.

New York City, for example, put about 9,000 municipal workers on unpaid leave, Mayor Bill de Blasio said Monday. About 9 in 10 city workers covered by a mandate have been vaccinated, he said.

She pays $1,000 per month for a 1-bedroom apartment in New York City — take a look inside