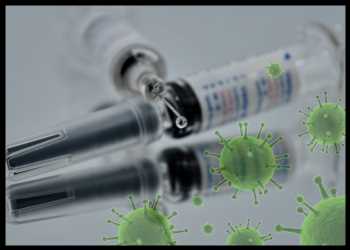 Major covid vaccine makers said they are investigating Omicron, the new, heavily mutated coronavirus variant that was first detected in South Africa, and working to adapt their vaccines, if needed.

The World Health Organization, which named the new variant omicron, said the new strain is a “variant of concern” that could pose a higher risk of reinfection compared to the previous mutations.

Pfizer and BioNTech said they expect more data on the new variant, first labeled B.1.1.529, within two weeks, with which the companies could determine whether their vaccines need to be reworked on. The companies are expected to be able to redesign their shot tailored to the emerging variant within six weeks and ship initial batches within 100 days.

Moderna Inc. said it is working to advance a booster candidate tailored to the new variant. The company is also testing a higher dose of its existing booster and studying other booster candidates designed to protect against multiple variants.

Johnson and Johnson is also closely monitoring emerging strains of COVID-19 and is testing the effectiveness of its shot against the new variant emerged in South Africa.

AstraZeneca said it is investigating the variant, and is already conducting research in locations where the variant has been identified.

For fear of the new variant, which has about 50 mutations, the European Union and several other countries across the globe, including the U.S. And U.K, have suspended flights from South Africa and nearby countries.

As the omicron variant spreads across the world, here's what we know so far

The Best John Wayne Movie That Isn’t a Western
Technology