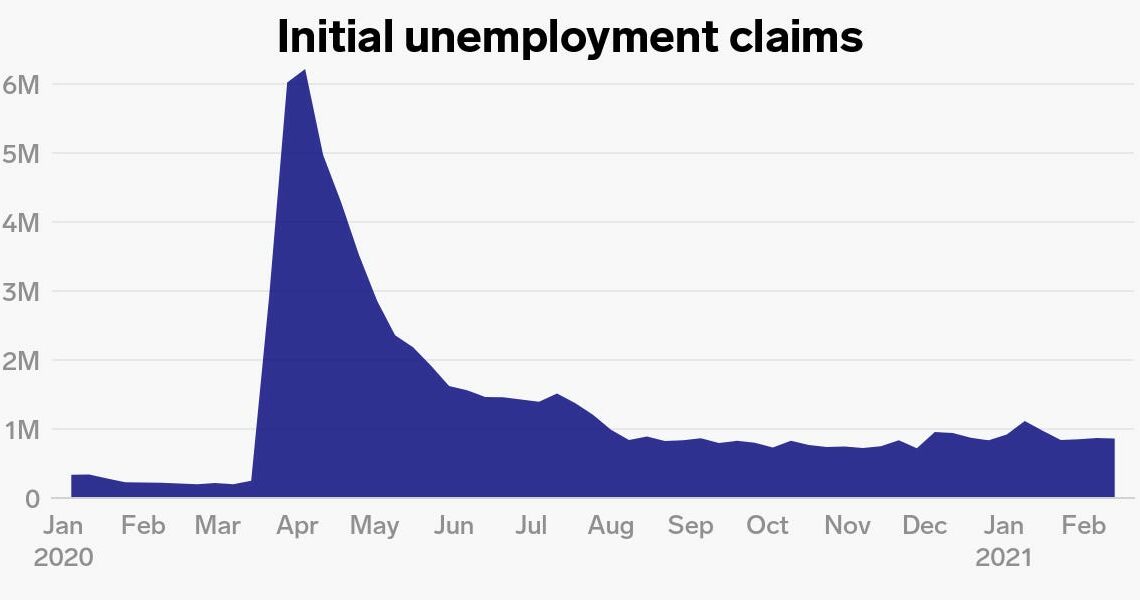 New jobless claims totaled an unadjusted 861,000 for the week that ended Saturday, the Labor Department said Thursday morning. The reading lands above the median estimate of 773,000 claims from economists surveyed by Bloomberg. It also ends a four-week streak of declines.

The previous week’s total was revised higher to 848,000 claims.

Still, some signals point to a strong recovery on the horizon. Daily COVID-19 case counts have fallen to their lowest levels since October, down more than two-thirds from the January peak. Hospitalizations have similarly trended lower. The trend signals reopenings could come to fruition as more Americans are vaccinated and cases fall further.

Just as case counts have nosedived, the rate of vaccination has steadily improved. An average of 1.61 million doses was administered every day last week, according to Bloomberg data. That’s up from 1.5 million a week ago. A total of 57.4 million doses have been given so far.

All the while, Congressional Democrats are plowing forward with Biden’s fiscal support proposal. House Majority Leader Steny Hoyer said in a Tuesday letter that Democrats are on track for a floor vote on the measure “later in the week” of February 22. The Biden administration has indicated it aims to approve new stimulus before expanded unemployment benefits expire in March.