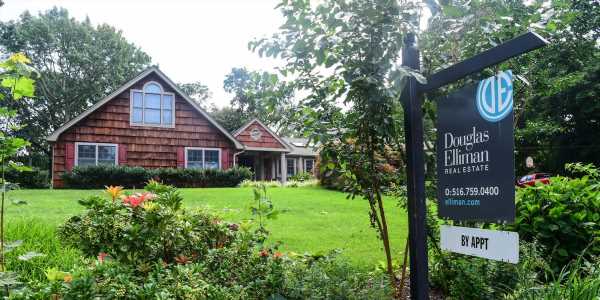 The headline mortgage rate’s plunge below 3% last year was a big deal. It added fuel to a housing market boom that continues to this day.

The rate climbed back above 3% earlier this year, but now it’s sinking once again as the buying spree hits new snags. That could give potential buyers at least a little help as home prices sit at record highs.

The average 30-year fixed mortgage rate fell to 2.97% from 3.04% this week, Freddie Mac said in a Thursday press release. The reading marks a third weekly decline and places the rate at its lowest point since late February.

Mortgage rates tumbled to several record lows throughout the pandemic as the Federal Reserve‘s promise to hold interest rates near zero dragged on borrowing costs. Such rates are mostly influenced by Treasury yields, and the Fed’s rate cut and emergency asset purchases placed huge pressure on home loan costs.

Yet the headline mortgage rate began to edge higher in January as vaccination and reopening hopes led investors to dump Treasurys for riskier assets. The sell-off boosted mortgage rates for several weeks and defied the Fed’s messaging that it still planned to hold rates near zero through 2023.

The recent reversal of that uptrend allows potential homebuyers to breathe a sigh of relief. An unprecedented imbalance in home supply and demand has pushed prices up to their highest on record. And although the pace of home sales has slowed somewhat, contractors haven’t made much progress toward addressing the supply shortage.

A sustained climb in mortgage rates would further cut into affordability just as the economy is rebounding.

“The drop in mortgage rates is good news for homeowners who are still looking to take advantage of the very low rate environment,” Sam Khater, chief economist at Freddie Mac, said in a statement. “Low and declining mortgage rates provide these homeowners the opportunity to reduce their monthly payment and improve their financial position.”

Elsewhere in housing data, sales of existing homes slowed for a second straight month in March as surging prices and weak supply cut into the market boom. Supply crept higher to 1.07 million units, but that level is still down some 28% from the year-ago period.

Housing starts rebounded last month as firms look to fill the hole, but until construction translates to completed homes, the shortage is likely to continue in the near term.