MULHOUSE, France — TheCanadian pro cyclist Michael Woods is among the most talked-about riders here at the Tour de France. The 32-year-old climbing specialist is one of the oldest neo-pros the sport has seen, and he’s making his Tour debut riding in support of Colombia’sRigoberto Urán, the runner-up in the 2017 Tour.

Woods was well positioned after the first five stages, riding in or around 10th place overall, and he was among the most active protagonists on stage three.He told Business Insider he’s keen to win a stage before Paris.

Woods’ EF Education First team is sponsored by the US-basedCannondale bike manufacturer, and the Tour riders have two road models to choose from: the hyper-aeroSystemSix, for the flatter stages, and the lighterSuperSix EVO, the preferred bike for the mountains.

Business Insider got close-up with Woods’ EVO ahead of the first major mountain stage of the Tour, stage six, fromMulhouse to La Planche des Belles Filles, with its steep summit finish.

The new EVO is much more aero than the previous iteration. And it’s a gorgeous bike with a brilliant paint job. Up front, the straight “BallisTec” full carbon fork is lightweight and has a clean look. 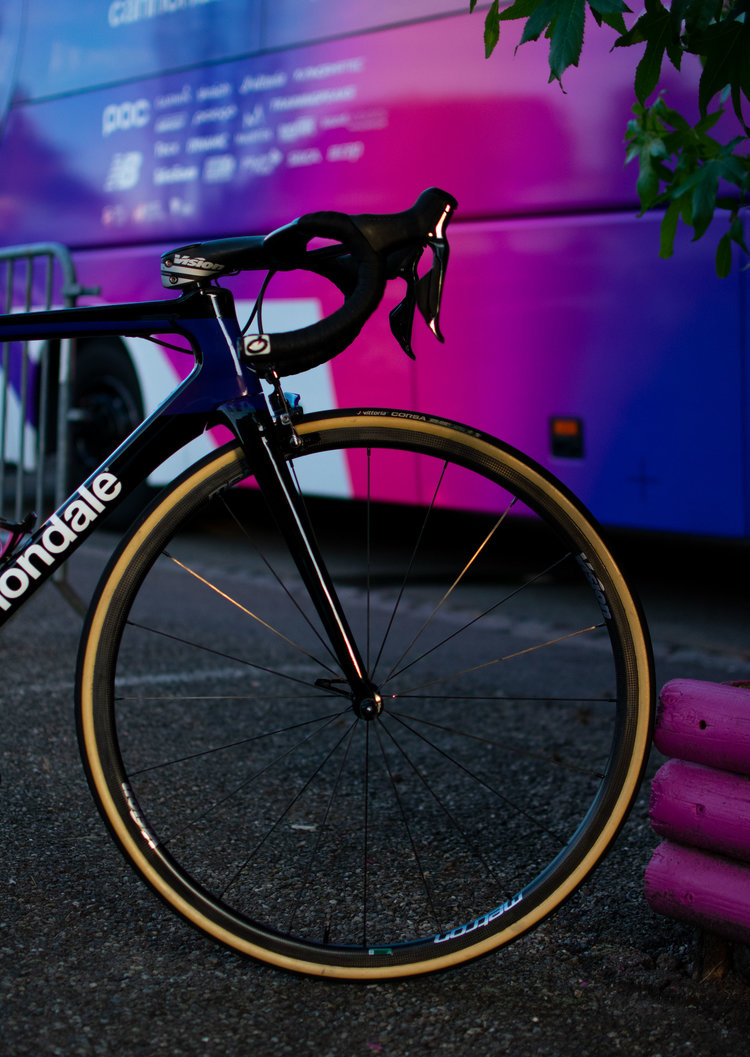 The front on the new EVO has an overall more aerodynamic profile than the previous iteration’s. 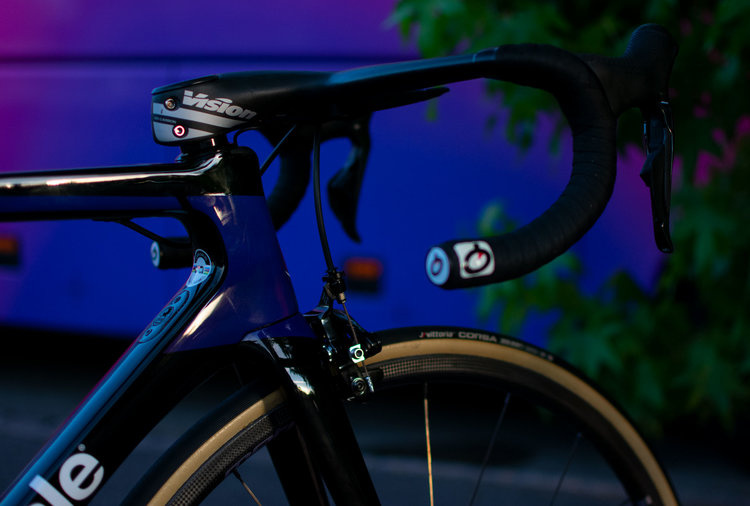 The Di2 junction box, used to charge the electronic gear-shifting system, is designed into the frame. (The UCI sticker indicates the bike is approved for racing by the world governing body of cycling.) 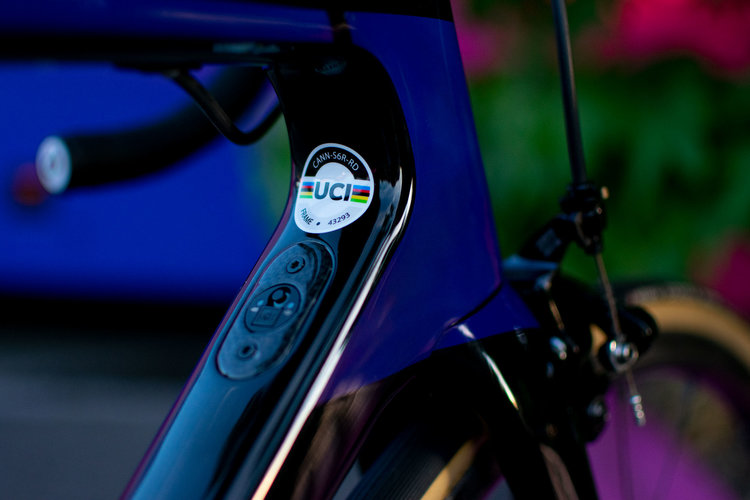 The flat-top handlebar enhances the aerodynamic profile. The tape is Prologo’s Onetouch. 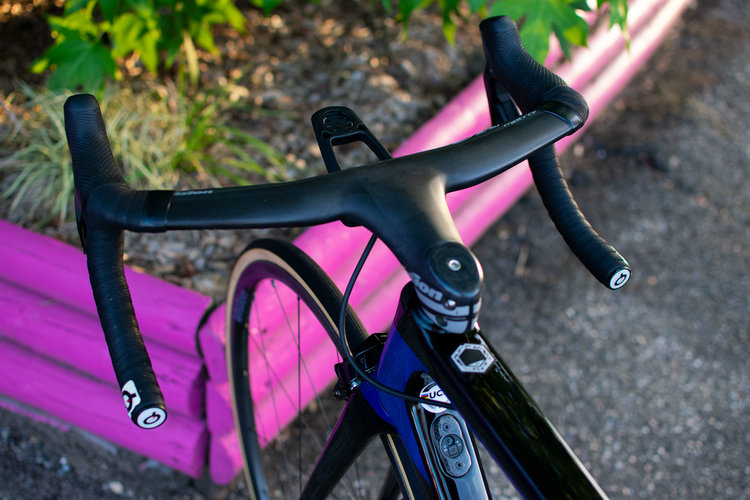 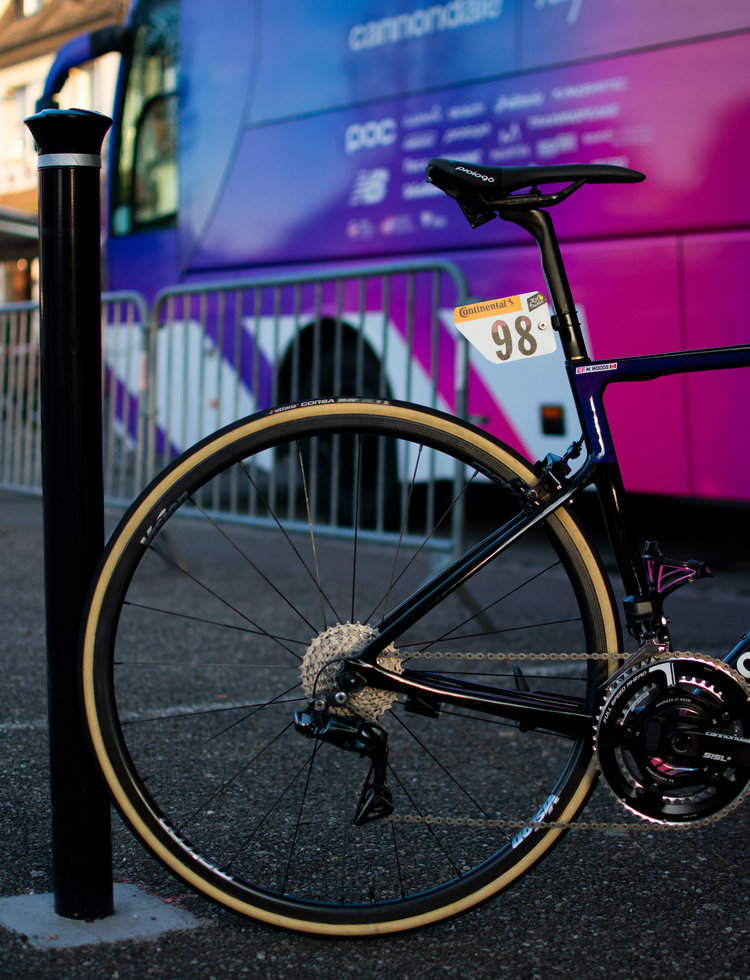 Read more: With the Tour de France a week away, I rode the new Cannondale SuperSix EVO, billed as the ‘fastest lightweight road bike,’ to see what it was all about. Here’s the verdict.

The new EVO comes with either rim or disc brakes. For the mountain stages, Woods opts for the lighter rim-brake setup, by Shimano. 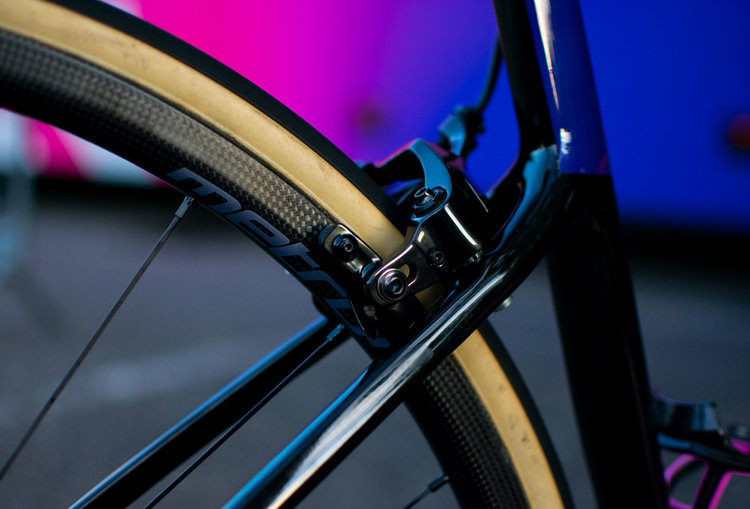 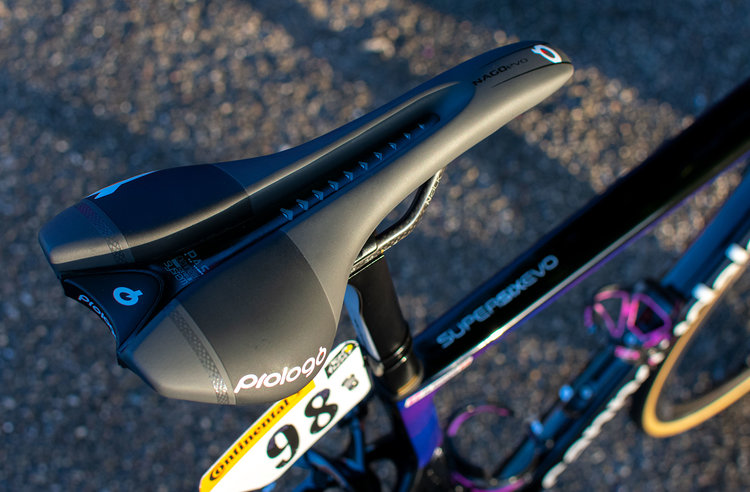 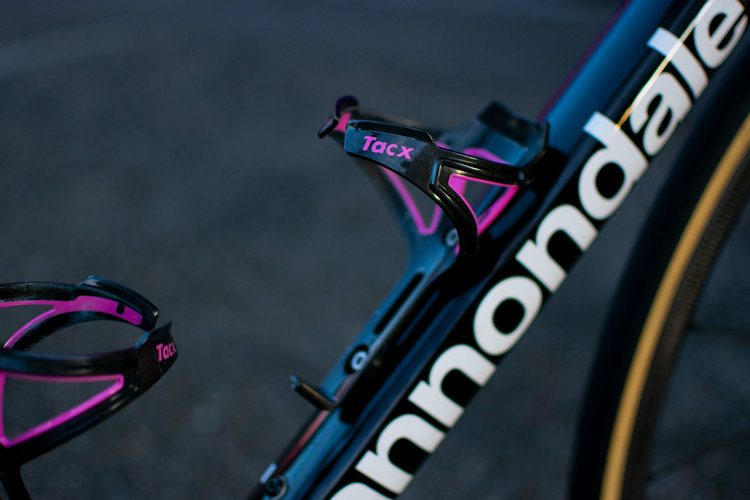 For at least one mountain stage, Woods opted for a 53-tooth front chainring and a 38-tooth inner ring. There’s a built-in Power2Max NG and NGeco HollowGram power meter. 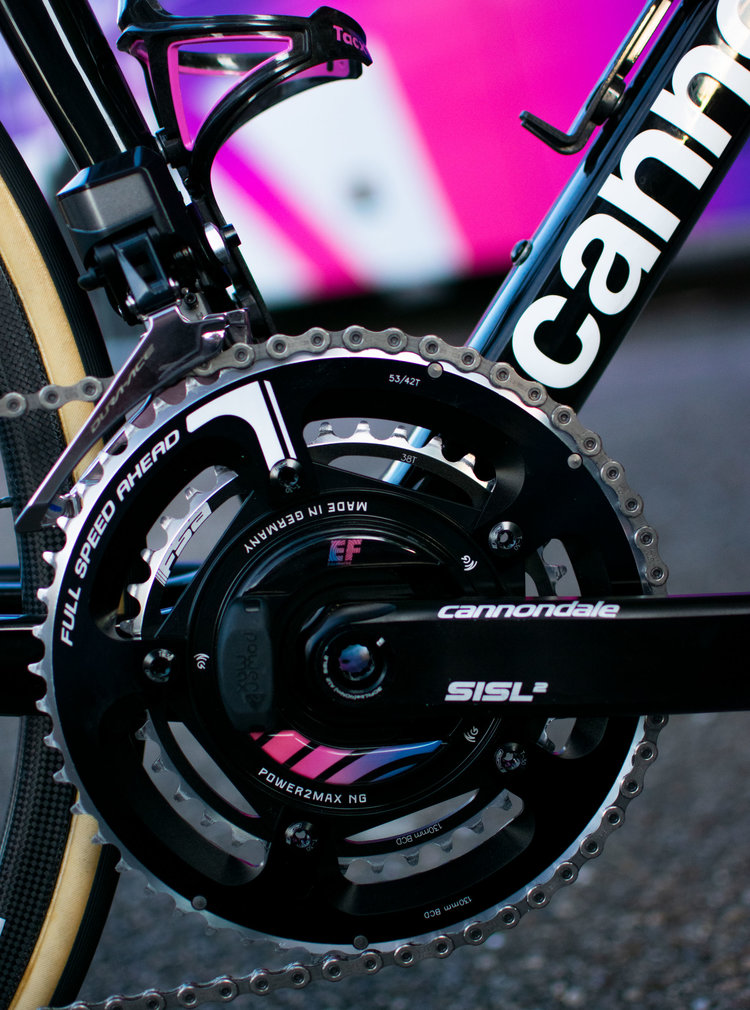 Woods opted for a 32-11 rear cassette for at least one mountain stage. Shimano does not make a Dura-Ace 32 cog, so the mechanics had to go with the slightly heavier Ultegra cassette. 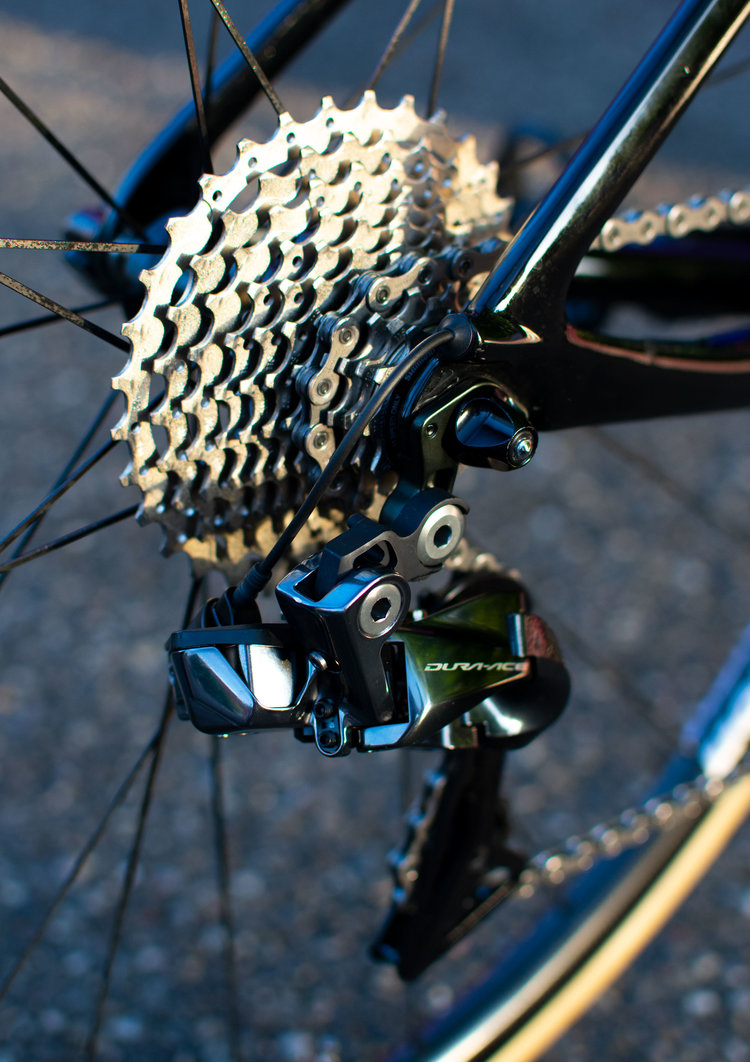 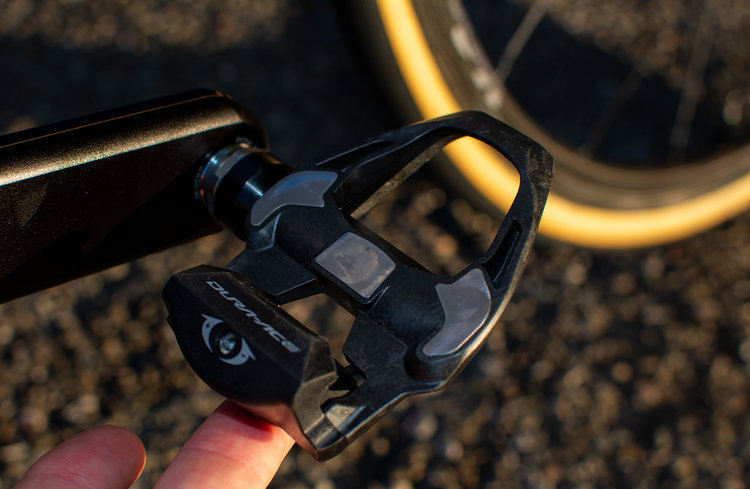 The team rides Vittoria Corsa tubular tires, 25 mm wide. All the tires are pumped to about 100 psi, or 7 bar. 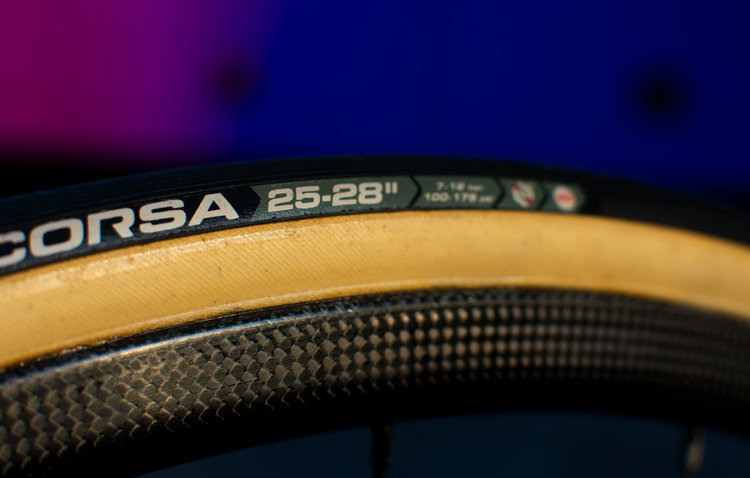 Related:Why the tires at the Tour de France keep getting wider and the pressure lower

Woods is one of two Canadians racing in this Tour de France. The other is Hugo Houle on the Astana team. 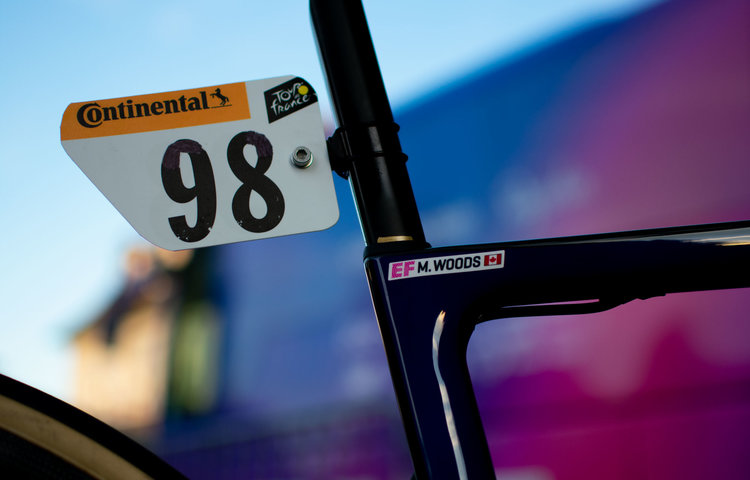 The mechanics marked Woods’ seat post so that it’s easy to put his saddle height exactly to his preference. 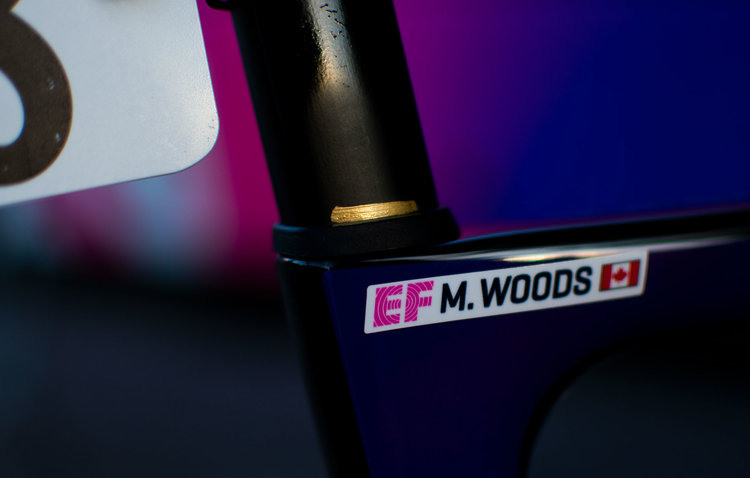 Woods’ EVO as pictured weighs just 6.99 kilos, or 15.41 pounds. The EVO retails for $11,500, but Woods’ bike would cost more in this build. The carbon racer’s lightness should serve the EF rider well in the Tour’s high mountains.

SEE ALSO:Canadian in Tour de France who ran a sub-4 mile says he still runs because doing nothing but pedaling for 3 weeks makes you 'a better bike racer but a worse human' physically

Flight declared mayday due to lack of air conditioning
Technology