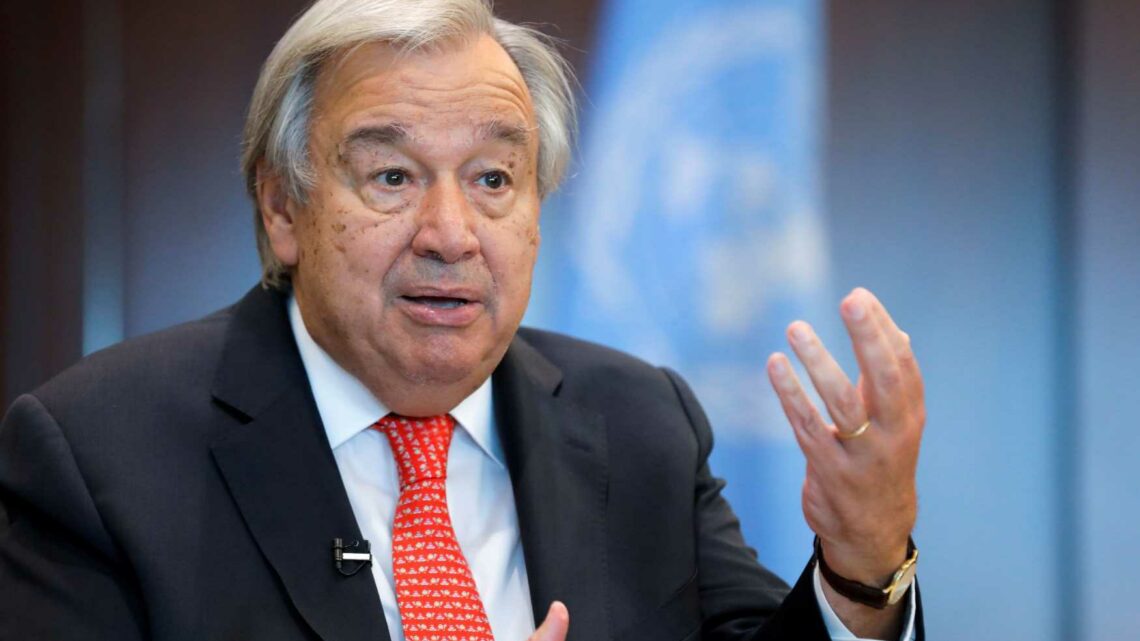 United Nations Secretary-General Antonio Guterres condemned the inequitable distribution of Covid-19 vaccines across the globe Friday, saying it was immoral and stupid.

Guterres spoke during a press briefing hosted by the World Health Organization where officials reiterated their goal of vaccinating 40% of every country's population by the end of the year and 70% by the middle of 2022.

Vaccination rates have lagged behind the organization's targets in much of the developing world:  WHO Director-General Tedros Adhanom Ghebreyesus noted that less than 5% of Africa's population has been fully vaccinated, while high- and upper-middle-income countries have used 75% of the shots produced so far.

Latin America and Caribbean Islands have vaccinated just 37% of populations against Covid, WHO officials say

Long Covid now has a formal definition. Here's what you need to know

Just 37% of people in Latin America and the Caribbean have been fully vaccinated against Covid-19, almost half the rate of Canada as emerging economies struggle to access the life-saving shots, Pan American Health Organization Director Dr. Carissa Etienne said at a separate briefing Wednesday.

At least 10 countries across Latin America and the Caribbean reported vaccination rates of less than 25% as of Wednesday, and under 10% of people in Jamaica, Nicaragua and Haiti have received a full series of Covid doses.

"If we leave it going on and we allow for the virus to go on spreading like wildfire in the global south, there is a risk that one day, and that day can be very soon, there will be … another variant that will be able to resist vaccines," Guterres said. "And all the vaccination effort made in developed countries to vaccinate the whole of their population one, two, or three times, all that effort will fall apart, and these people will not be protected."

WHO officials said Tuesday that 56 countries missed the organization's goal of immunizing 10% of their populations against Covid by the end of September. With the world approaching 5 million total Covid deaths, Maria Van Kerkhove, the WHO's technical lead for Covid, said that a lack of global vaccine access has resulted in people "dying unnecessarily."

U.S. health officials have said that unvaccinated people represent nearly all of the country's Covid deaths. Unvaccinated individuals are 11 times likelier to die from Covid and ten times more likely to develop symptoms that require hospitalization, according to the Centers for Disease Control and Prevention.

The unvaccinated are about 4.5 times likelier to contract the virus, the CDC added.