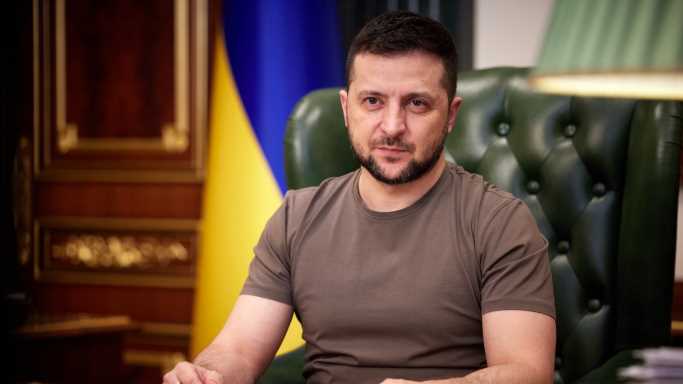 Ukraine Invasion News Round Up

Russia says it may renew its harsh attack on Ukraine’s capital Kyiv. It is also the nation’s largest city. According to the BBC: “Russia’s defence ministry said attacks on Kyiv would be intensified if Ukraine targeted Russian territory.” This is particularly bad news for Ukraine. Its military forces has beaten back the Russian military efforts to take the city. It was assumed the attacks would move toward the Donbas area, which Russia believes could more easily be taken over. That, in turn, would give the Russians the opportunity to claim a victory and exit Ukraine completely. If Kyiv is targeted again, it means Russia plans to take over a much larger part of the country, which could drag the war out for years.

Russia admitted the flagship of its Black Sea fleet was sunk, while being towed after an explosion. The Ukraine government claims the Moskva was damaged by two of its Neptune anti-ship missiles. Russia claims there was a severe fire on the ship. According to the AP, “The Russian Defense Ministry said the heavily damaged Moskva sank in a storm Thursday under tow after being gutted by fire.” This is particularly important because initially Russia claimed the Moskva was still afloat, although its crew was forced to abandon ship. The admission that its sank confirmed statements by Ukraine that Moskva was permanently no longer part of Russia’s navy and its ability to aid the bombardment of Ukraine has ended.

After the Biden Administration said it would send Ukraine another $800 million in weapons, Russia formally warned the U.S. of the future consequences. According to The Washington Post, the statement from Russia read, in part: “We call on the United States and its allies to stop the irresponsible militarization of Ukraine, which implies unpredictable consequences for regional and international security.” The matters, in part, because it is another threat that Russia will punish NATO and the U.S. militarily. Although this has not happened, it spells out the risk that Russian could widen the war beyond Ukraine.

German chancellor Olaf Scholz has been attacked by other politicians in his country for the slow pace of  giving aid he had offered to Ukraine in late February. According to The Guardian: “Six weeks on, prominent politicians from allied parties urged the Social Democrat to follow up words with actions after Germany was accused of stalling on delivering heavy weaponry to Ukraine and blocking a wholesale ban on Russian oil and gas.” This is a change in what German allies believed was an offer of quick aid to Ukraine, and shows that there may be a fracture among German leaders about the commitment. The German leaders continues to face the fact that they do not have a ready way to lower the level at which they rely on Russian oil and gas. If the supply is cut off, energy prices in Germany could skyrocket and undermine its entire economy.

The stunning cruelty of the Russian military as it advanced across Ukraine has become clearer and clearer. There was evidence of additional atrocities in town of Bucha. CNN reports: …we were led into a basement where five bodies had been found — the Ukrainians say the men had been executed by Russian troops.” There is growing evidence that many thousand more Ukraine residents were killed by both shelling and individual attacks by Russian troops on the ground. In the days and weeks ahead, Ukraine’s government expects the discovery of thousand of more bodies.

Ripple CEO on Use of $XRP for Payments, Macro Factors Affecting Crypto, and SEC Lawsuit