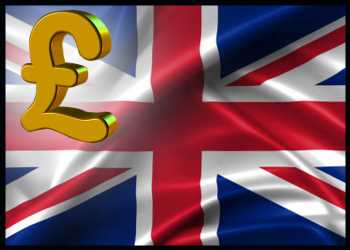 The UK budget deficit narrowed in September from the last year on higher tax receipts, still this was the second biggest shortfall for the month since the records began in 1993, data published by the Office for National Statistics revealed on Thursday.

Further, data showed that public sector net debt excluding public sector banks came in at GBP 2.218 trillion at the end of September, or around 95.5 percent of gross domestic product, the highest ratio since the 98.3 percent recorded in March 1963.

The ONS said the extra funding required by government coronavirus support schemes, combined with reduced cash receipts and a fall in GDP, have all helped to push public sector net debt to the current level.

Even though the budget deficit registered its second highest borrowing for September and the public sector net debt ratio the biggest since 1963, the public finances are improving quicker than most expected, Paul Dales, an economist at Capital Economics, said.

But the Chancellor will probably keep a tight grip on the public finances in next Wednesday’s Budget, the economist added.