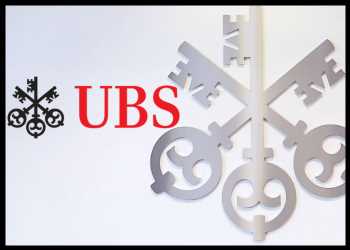 Shares of UBS Group AG were gaining around 4 percent in Swiss trading after the banking giant reported Tuesday higher profit in its second quarter, with good growth in all divisions, mainly Wealth Management. Further, the company said it intends to repurchase $0.6 billion of shares during the third quarter.

Ralph Hamers, UBS’s Group CEO said, “Our clients invested more with us – in private markets and separately managed accounts. They came to us to finance their homes and their businesses, and to create liquidity buffers for unforeseen events, all of which led to an increase in net new loans year-on-year…..Momentum is on our side and our strategic choices and
initiatives are paying off.”

For the second quarter, net profit attributable to shareholders was $2.01 billion, up 63 percent from last year’s $1.23 billion. Earnings per share were $0.55, higher than $0.33 per share last year.

In the second quarter, profit before tax climbed 64 percent from last year to $2.59 billion.

Profit before tax in the Global Wealth Management climbed 47 percent with growth in all regions. The increase was 100 percent in Personal & Corporate Banking, 62 percent in Asset Management, and 9 percent in Investment Bank.

The company noted that all business divisions and all regions contributed to the results.