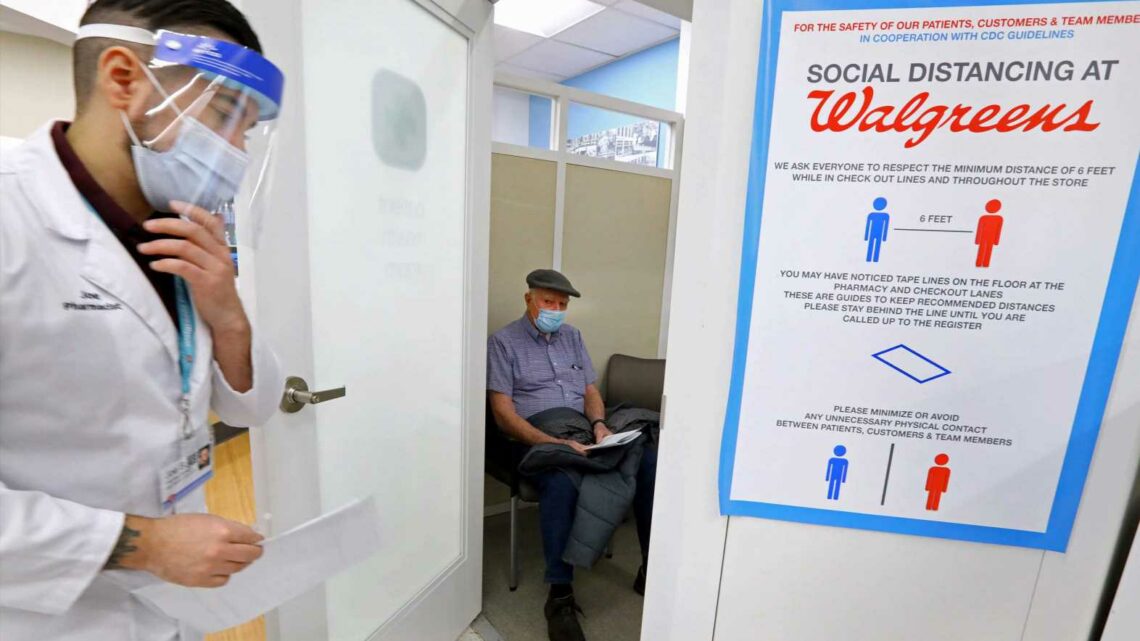 Walgreens and Uber are teaming up to make it easier for people who don't have a car or a nearby pharmacy to get a Covid-19 vaccine. They announced Tuesday that Uber will offer free rides to Walgreens stores and clinics for those who book an appointment and live in underserved parts of the country.

The pilot program will start in Chicago, Atlanta, Houston and El Paso. A Walgreens spokeswoman said free rides will be offered as early as next week in Atlanta and then expand to the other cities.

The partnership is part of a pledge Uber made in December to offer 10 million free or discounted rides to make sure transportation doesn't prevent people from getting the Covid vaccine. Once a person has a confirmed appointment at Walgreens or an offsite clinic run by the company, he or she will receive an email with an offer to schedule a free ride.

Walgreens, the country's second largest pharmacy chain, will take on an expanded role in the Covid vaccine rollout later this week. Starting Friday, it will give vaccines to priority groups, such as older Americans or those with preexisting medical conditions, at some stores in 15 states and two jurisdictions, Chicago and New York City.

The Biden administration announced last week that it would start sending direct shipments of doses to about 6,500 retail stores nationwide. It plans to eventually expand that program to 40,000 pharmacies.

So far, the vaccine rollout has been slowed by limited supply. It has also reflected broader health care inequities. The majority of the nearly 13 million people given at least one shot of a Covid vaccine within the first month of distribution were older, White and female, according to a study by the Centers for Disease Control and Prevention. Many vaccine sites have relied on online systems, which can be complicated to navigate for older Americans or out of reach for people who don't have a cell phone or reliable internet access.

Covid has had a disproportionate toll on Black Americans. Black Americans have died from Covid at 1.5 times the rate of White people, according to data compiled by the COVID Tracking Project, which is run by journalists at The Atlantic.

Walgreens and Uber said they plan to work together in other ways, too. Uber said it will add in-app features that make it easier for Uber drivers, delivery people and freight workers to book a vaccine appointment when they are more widely available. The companies are developing an educational program with the National Urban League to reduce vaccine hesitancy.