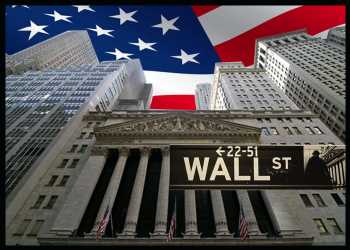 Following the notable advance seen in the previous session, stocks are likely to see further upside in early trading on Tuesday. The major index futures are currently pointing to a higher open for the markets, with the Dow futures up by 144 points.

The strong upward move shown by stocks in 2021 has carried over into the New Year, with the Dow and the S&P 500 ending Monday’s trading at new record closing highs.

Traders continue to express optimism about the economic outlook even as the U.S. reported a record number of new Covid cases on Monday, with new infections surging above 1 million.

Indications the new Omicron variant causes milder symptoms has led to hopes the recent surge could actually help to accelerate the end of the pandemic.

Analysts expect 2022 to be another strong year for stocks even as the Federal Reserve prepares to wrap up its asset purchase program and begin raising interest rates.

Shortly after the start of trading, the Institute for Supply Management is scheduled to release its report on manufacturing activity in the month of December.

The ISM’s manufacturing PMI is expected to dip to 60.2 in December from 61.1 in November, although a reading above 50 would indicate continued growth in the sector.

The Labor Department is also due to release the results of its Job Openings and Labor Turnover Survey for November. Job openings are expected to inch up to 11.06 million.

Stocks moved mostly higher during the first trading session of the New Year on Monday amid optimism the economy will stay on the recovery track despite the surge in coronavirus cases in several parts of the globe.

The major European markets have also shown strong moves to the upside on the day. While the German DAX Index has advanced by 0.9 percent, the French CAC 40 Index and the U.K.’s FTSE 100 Index are jumping by 1.4 percent and 1.5 percent, respectively.

This Is the Company Profiting Most From War