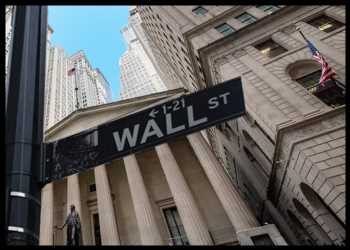 Following the rally seen last week, stocks may see some further upside in early trading on Monday. The major index futures are currently pointing to a modestly higher open for the markets, with the S&P 500 futures up by 0.2 percent.

Stocks may continue to benefit from the strong upward momentum seen in the previous week, which lifted the S&P 500 to a new record closing high last Friday.

Trading activity may be somewhat subdued, however, as traders look ahead to the Federal Reserve’s money policy announcement on Wednesday.

The Fed is expected to discuss accelerating the pace of tapering its asset purchase program, with reports suggesting the central bank could double the rate to $30 billion per month.

A lack of major U.S. economic data may also keep traders on the sidelines ahead of the release of reports on producer prices, retail sales, and industrial production in the coming days.

Following the pullback seen on Thursday, stocks moved back to the upside during trading on Friday. The major averages fluctuated in morning trading but climbed more firmly into positive territory in the afternoon.

The advance on the day capped off a strong week for the major averages. The Dow spiked by 4 percent, while the S&P 500 and the Nasdaq surged up by 3.8 percent and 3.6 percent, respectively.

In overseas trading, stock markets across the Asia-Pacific region turned in a mixed performance during trading on Monday. Japan’s Nikkei 225 Index climbed by 0.7 percent, while Hong Kong’s Hang Seng Index dipped by 0.2 percent.

Meanwhile, European stocks have moved mostly higher on the day. The German DAX Index is up by 0.8 percent and the French CAC 40 Index is up by 0.1 percent, although the U.K.’s FTSE 100 Index has bucked the uptrend and edged down by 0.2 percent.