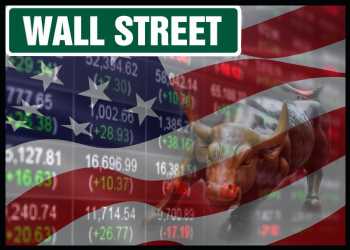 During his speech at the Federal Reserve’s annual Jackson Hole symposium this morning, Jerome Powell said the central bank is likely to begin tapering some of its easy-money policies before the end of the year. However, he added that he still feels there’s “much ground to cover” before rate hikes.

The major averages all posted strong gains, with S&P and Nasdaq moving on to post fresh record closing highs.

The Dow notched up a gain of about 1 percent in the week, while the S&P 500 index and the Nasdaq gained 1.5 percent and 2.8 percent, respectively, in the week.

Powell said the economy has reached a point where it no longer needs as much policy support, indicating the Fed might start reducing the amount of bonds it purchases each month before the end of 2021, provided the economy continues to progress.

He added that while inflation is solidly around the Fed’s 2% target rate, “we have much ground to cover to reach maximum employment,” which is the second prong of the central bank’s dual mandate and necessary before rate hikes happen.

The Fed chair also explained why he continues to think the rise in inflation is transitory and will drop eventually to the target level. He said that “test has been met” for inflation while there “has also been clear progress toward maximum employment.”

He added that some of the factors that pushed inflation higher are starting to abate. “Inflation at these levels is, of course, a cause for concern. But that concern is tempered by a number of factors that suggest that these elevated readings are likely to prove temporary,” he said.

On the employment front, Powell noted that the delta variant of Covid “presents a near-term risk” to getting back to full employment. However, he said “the prospects are good for continued progress toward maximum employment.”

Wholesale inventories in the U.S. increased by 0.6 percent month-over-month to $722 billion in July, cooling from an upwardly revised 1.2 percent rise in June, according to a preliminary estimate.

The personal consumption expenditure price index in the U.S.rose 0.4 perent in July, following a 0.5 percent increase a month earlier.

The University of Michigan’s consumer sentiment for the US was revised to 70.3 in August, from a preliminary reading of 70.2.

Energy stocks gained in strength as crude oil prices rose sharply on possible disruptions in oil and natural gas production in the Gulf of Mexico region due to the impact of Hurricane Ida which is expected to make landfall this weekend near Louisiana.

In overseas trading, stock markets across the Asia-Pacific region turned in a mixed performance on Friday as investors fretted over developments in Afghanistan and watched for any potential shift in U.S. Federal Reserve policy.

European stocks closed on a positive note on Friday, after U.S. Federal Reserve Chairman Jerome Powell said the central bank will begin reducing its bond purchases this year, but added that the bank is unlikely to hike interest rates anytime soon.

In the bonds market, long-term treasury yields posted their biggest one-week gain in about two months as the Fed chair said the central bank will begin to reduce its monthly bond purchases before the year end.

Who is Imelda Marcos?
Technology