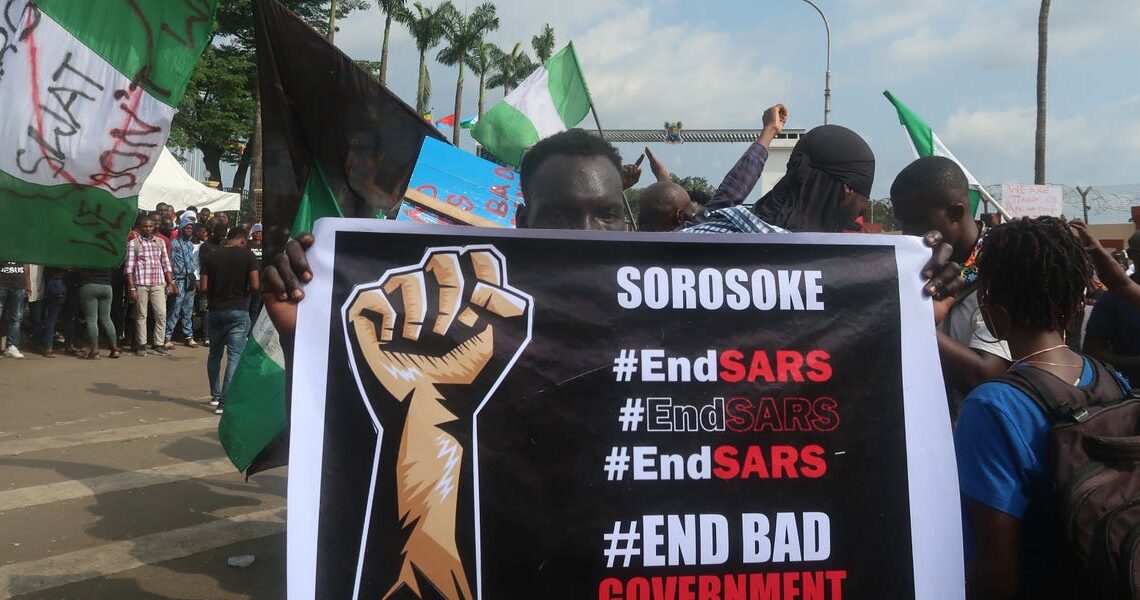 Twitter taught me, a young Nigerian journalist, that you're never alone. Now the government has banned it, threatening my livelihood.

Nigeria’s government banning Twitter has hit journalists like me who rely on it. I joined the site in 2014, and became totally addicted to it in 2016.

I had just resumed studying law at the Kogi State University, away from Abuja where I had lived my whole life, and barely had any friends.

It became my online best friend. I would rant about school, about my mental health, about the various degrees of existential fatigue I was enveloped in at any given time.

Steadily, I gained about 700 followers. I felt privileged to have mind-awakening conversations with some of them that continue to stay with me. It was on Twitter that I learned the word “feminist” described what I had always believed in.

The platform made me realize that you are never alone. Whatever you are going through, chances are there is someone who has gone, or is also going through it too.

In 2018, I started writing for global Muslim women’s magazine Gaya, after it tweeted out a call for pitches. One of my followers who had read some of my occasional writing replied tagging me.

I wrote about being a Muslim in Nigeria at the height of the insurgency by Islamist group Boko Haram. I was both astounded at the idea of being paid to write it, and excited at being able to do important work.

By 2020, I had been commissioned to write for more than 10 publications, all of which I either found through call for pitches on Twitter or cold-pitched the editors via direct messages on the app.

Last October, I joined the #EndSARS protests that were the culmination of years of campaigning on Twitter to abolish the brutal police Special Anti-Robbery Squad. Twitter was a crucial means for protestors to crowdsource funds and emergency legal and medical help.

I ended up writing about them and the violent police response the protestors were met with. I wanted to get as much perspective as possible – from protesters on the frontline and online, from older Nigerians, from people who had lost a loved one to police brutality.

And there was no better place than Twitter to find people, especially young Nigerians. There was no way I could have reported those stories without it.

When the government announced late on Friday afternoon – via a tweet, ironically – that the site was banned, I shrugged it off at first. It accused Twitter of allowing the “spread of religious, racist, xenophobic and false messages.”

It seemed like a knee-jerk response to Twitter deleting a tweet by our President. He had compared secessionist groups that attacked government offices with the violence of the country’s 1967-70 civil war, in which millions of Nigerians were killed.

He said authorities would “treat many of those misbehaving today in the language that they understand.” Nigerians mass-reported the tweet, saying it hinted at the civil war and the brutality with which last year’s protests were put down.

Surely there are more serious threats facing the country that the government needs to deal with? But three hours after that tweet, the ban was implemented and both the Twitter URL and app were blocked by Nigerian telecoms companies. Authorities were threatening anyone who violates it with prosecution.

It sounded ridiculous – like the beginnings of a departure from our constitutionally-guaranteed right to freedom of speech and assembly.

The politics aside, I fear losing this essential part of my personal and professional life. On the day the ban was introduced, a friend had forwarded me an opportunity for a fellowship he had found on Twitter.

That night, after the ban was in effect, I downloaded a virtual private network (VPN) to disguise my location, so I could view the tweet and apply. It reminded me just how important the platform is to me and a lot of others. It is essential to how I earn my livelihood.

There are little things too. It may seem insignificant, but a boy I like would send me funny tweets every morning. Sometimes, that could be the biggest laugh I had in the whole of my day.

Having got into journalism as a law student, I didn’t immediately have the contacts a more experienced, trained reporter might. Twitter gives me a way to find people in that space.

Simply searching Twitter for a publication’s name alongside the word “editor” or “pitch” has scored me lots of commissions over the last two years. It’s helped find sources too. The ban means no access to those people who are so essential to my work.

It is hard to imagine what will happen next. I am stuck between trying to document what is happening and wondering what this means for our very fragile democracy. I wrote my Bar exams two months ago and will probably be called to the Nigerian Bar in the coming month if I pass.

In conversations with both fellow journalists and legal students, there is a recurrent theme – we are all distressed, angry, and wondering what a law degree means in a country where this is happening.

I never thought the government was capable of banning Twitter like this. I hope this is only temporary, and Twitter, which called the ban “deeply concerning”, will be restored.

But hope seems pointless in Nigeria right now. We hoped that the authorities would take the protests as a cue to start working to improve Nigerians’ quality of life.

Instead, we’ve had our voices taken away.