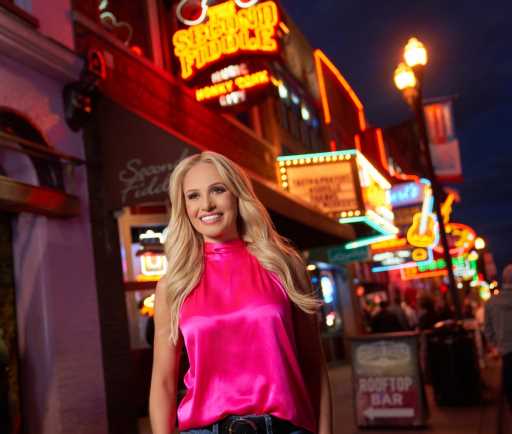 Fox Corp. is boosting the presence of Tomi Lahren, with a new show at OutKick Media and as the voice of Fox News Commentary on Fox News Audio.

Lahren will host the evening streaming show Tomi Lahren is Fearless for OutKick, the sports news and culture digital platform founded by Clay Travis. Her show will be based at OutKick’s Nashville studios and launch on June 20. The show will air every Monday, Wednesday and Thursday at 7 PM ET and will be available on demand.

On Fox News Audio, Lahren will be featured in a 60-second spot, with syndication three times per day on 160 Fox News Radio stations.

Lahren has served as host of Fox Nation’s Final Thoughts and No Interruption and has been a commentator on the network. She previously hosted a show for The Blaze, and On Point with Tomi Lahren on One America News Network. Lahren has 8 million social media followers, triggering some controversy over her comments, often aimed at provoking those on the left.

Last year, in advance of California’s recall election, she said, “The only thing that will save Gavin Newsom is voter fraud.” Newsom went on to win the election with almost 62% voting against recalling him from office.

But Fox Corp. news and sports networks have embraced talking heads from the right as a means to boost ratings.

Since the 2020 election, Fox News has been increasing the profile of its opinion programming and personalities, as shows like The Five and Outnumbered dominate their timeslots. The network bumped a 7 PM ET newscast in favor of an opinion show and, when Jesse Watters was named the permanent host, the hour has been ranking in the top five of all cable news shows.