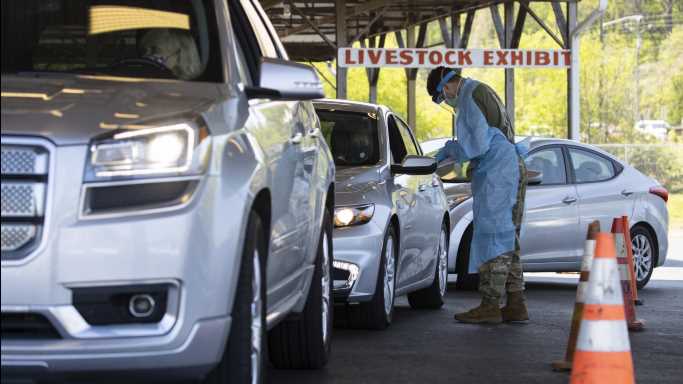 This Is The State With The Worst Vaccination Effort

As the U.S. gets hit with mutations of COVID-19 that have entered the country from South Africa, Brazil, and the U.K. the race to vaccinate America has become even more essential. Each of these appears to spread more quickly than the strain that has infected Americans for months. And, one of these could be more deadly. The progress of the disease has slowed many places in the U.S. The rise in confirmed cases, hospitalizations, and fatal cases has slowed. However, deaths have reached 443,817 and confirmed cases 26,308,290. The anxiety is that the fatal cases count could still reach 600,000 by the summer.

The rate at which people have been vaccinated state by state varies widely. Across the nation, 49,932,850 doses have been distributed. Of these, 29,577,902 have been given. In total, 7.2% of Americans have been given at least one dose.

Alaska has done the best job based on vaccination rate. In the 49th state, 12.5% of people have been given at least one shot.

Missouri has plans to step up vaccination rates. It has opened large vaccine centers in St. Louis and Kansas City. According to STLtoday, “Missouri Gov. Mike Parson, badgered by accusations that the state is not inoculating residents quickly enough against COVID-19, has mobilized the Missouri National Guard and aims to vaccinate at least 18,000 residents on Friday at nine different locations across the state.”

It remains to be seen if these efforts will allow Missouri to “catch up” with other states, or even reach the national average. In the meantime, the people in Missouri have every right to worry that they are worse off as the disease spreads than people in other states.

COVID-19: This is the deadliest county