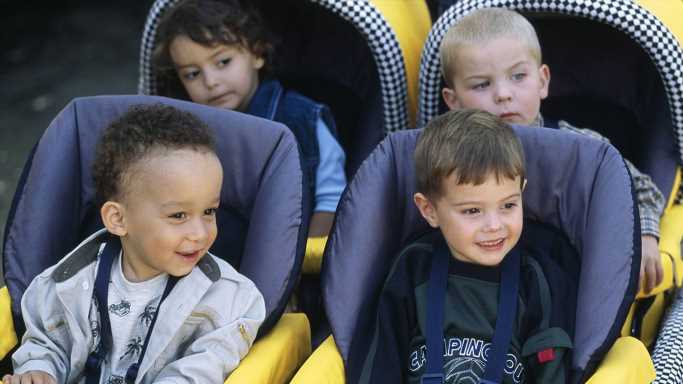 This Is the Most Popular Car-Inspired Baby Name

Branding has been essential to the car business for decades, and brand names have made some cars legends. For instance, the Ford Model T, made from 1908 to 1927. Ford made 15 million of them. Although it was last produced almost a century ago, it remains one of the best-known cars in history. Other car brands were named after the people who launched them. The most famous are Ford and Chrysler (named for Walter Chrysler who was an industry giant).

Some cars that disappeared almost immediately were also named for founders. The Tucker 48 was released in 1947, but only 51 were built. The only reason the brand remains known is a movie made about Preston Tucker. “Tucker: The Man and His Dream” went into theaters in 1988. The movie’s major distinction is that Francis Ford Coppola directed it.

The most recent car brand that has exploded onto the automotive scene is Tesla. The electric car company was founded in 2003 by Elon Musk, currently the richest man in the world. Brand consultancy Kantar values the Tesla brand at $42 billion. A publicly traded corporation, Tesla’s market cap is almost $1 trillion, which is more than all the other major car manufacturers in the world combined. In a world in which the entire auto industry is moving toward electric vehicles, Tesla is the only one that is almost universally known for that.

Oddly enough, some baby names overlap with car brand names. That probably does not mean anything and is most likely a coincidence. USwitch says in its “The Most Common Car-Inspired Baby Names” that “If you’re expecting a baby, then you know that choosing a name can be as hard as choosing car insurance. Maybe the thought of naming your child after a car has even crossed your mind.” And, without question, it hasn’t.

The study’s conclusions were based on U.S. government data about baby names from 2000 to 2019. These were then matched against 86 car models and brand names.

The lists were divided into boy’s and girl’s names. Each was made into a list of 10 based on matches with the government baby name data. The largest match by far was a boy’s name. “Austin” had an overlap of 171,670 cases. What makes the comparison particularly strange is that Austin barely sells any cars in the United States.

Click here to see which is the fastest-selling car in America right now.