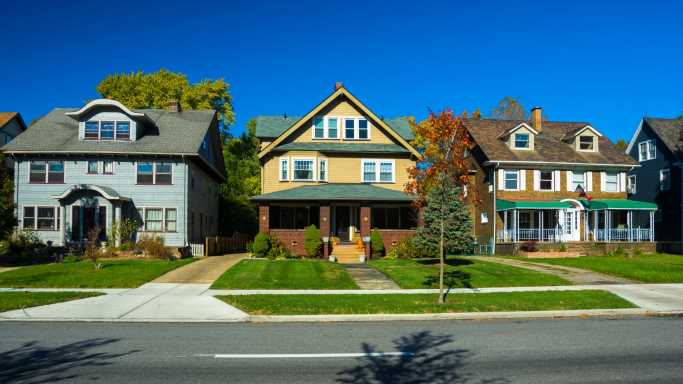 This Is the City With the Most Foreclosures

The housing market has been on fire for over a year. Home prices surged 19.5% in September, compared to the same month last year, according to the S&P CoreLogic Case-Shiller Index. Of the large cities the research tracks, Phoenix prices rose the most for the period, up 33.1%. There is evidence that in some smaller cities, prices are rising even faster.

One reason for the rise is low mortgage rates. Despite a rise in overall interest rates, home loan rates remain near a multidecade low. Another reason is that people have left large coastal cities with high home prices. Those prices in New York and San Francisco can be three times the national median.

The COVID-19 pandemic has triggered another cause. Millions of people have been able to work from home. Many will continue to do so, which makes them more mobile.

High real estate prices often mean lower foreclosure rates. People tend to have more home equity, which means loan trouble is less likely. Gone are the days of the surge in foreclosures during the housing price collapse of the Great Recession.

However, foreclosures have not disappeared. They are relatively high in some cities, as real estate research firm ATTOM found in its just-released November 2021 U.S. Foreclosure Market Report. Rick Sharga, executive vice president of RealtyTrac, an ATTOM company, said, “After an initial surge following the end of the government’s moratorium, it appears that foreclosure activity may be slowing down as we move towards the end of the year.” Yet, a total of 19,479 had foreclosure filings. That is one for every 7.055 housing units.

On a state basis, the highest figure was for Illinois at one in 3,187 houses. Florida followed with one in 3,319.

Click here to see the cheapest city to buy a home in.