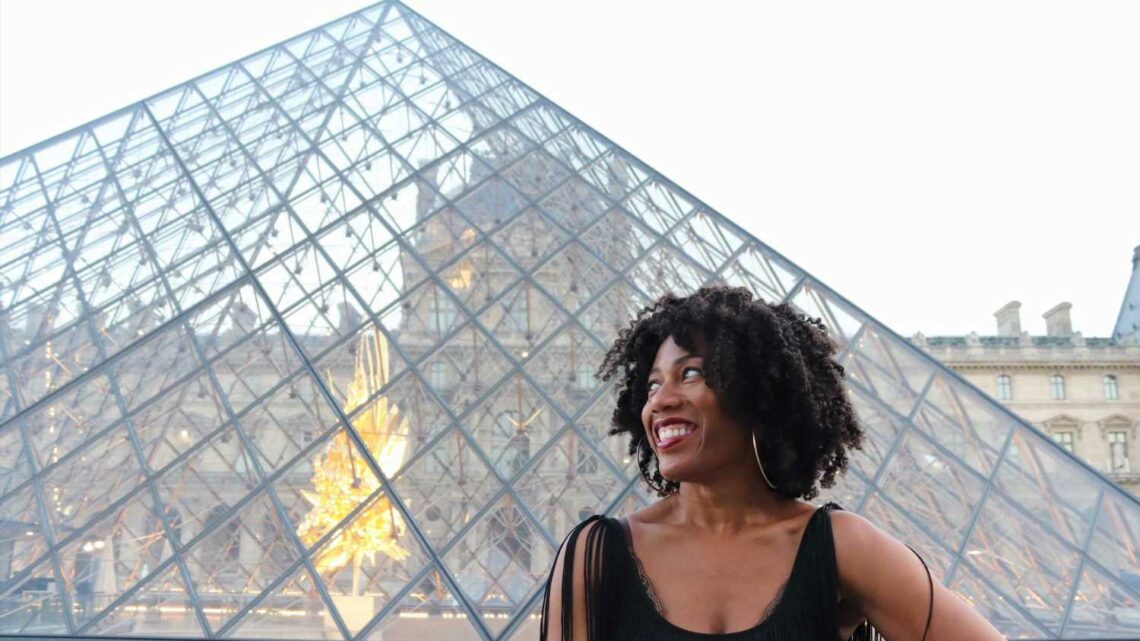 This 42-year-old saved $660,000 and moved to Mexico after losing her 6-figure job: 'I realized I could have a different life'

Roshida Dowe has always been a hard worker. From her early days as a receptionist to her decision to go to law school and spend years as a consumer automotive finance lawyer in Silicon Valley, she is well-accustomed to the grind.

But in 2018 at age 39, everything changed when she was laid off and decided to capitalize on her newfound joblessness by taking a year to travel the world. During her travels, she realized that she loved having the freedom to do whatever she wanted, whenever she wanted, and decided to turn her sabbatical into a full-time lifestyle.

Dowe has since left her life in the United States behind. She now lives in Mexico City where she is enjoying what she calls an "accidental retirement," working as a life coach and running her own YouTube channel. Now 42, Dowe's investment portfolio is worth more than $1 million, and she isn't planning on leaving "retirement" anytime soon.

Building a positive relationship with money

Though she grew up in a middle class family, Dowe's parents didn't talk to her about their finances very often, she says.

Early in her career, while working as a receptionist after graduating from college, Dowe wasn't very financially savvy. Part of what led her to law school at the University of Virginia was the realization "that I couldn't afford myself" on her receptionist salary.

The law degree allowed Dowe to command a much higher salary, but also left her with more than $200,000 in student loan debt, including some leftover from her undergrad years. She tackled the debt by diligently cutting down her expenses and putting money toward her loans before spending on other things.

After paying off her debts while working as a corporate counsel, Dowe kept the habits she had built and put any extra money toward savings and investments.

Losing her job, but finding herself

In 2018, the company she worked for was shut down by its parent company, and she ended up getting laid off and losing her six-figure salary, which at that point was about $200,000. Instead of looking for a new job right away, Dowe decided to take a year to travel.

During her year abroad, Dowe visited 44 cities in 23 countries, but Mexico City was the only place she visited more than once.

"I really loved how I felt when I was here," she says. "I loved the energy of the city."

That's why, despite her original plan to return to the U.S. after her career break and find a new job, Dowe decided to stay in Mexico.

With more than half a million in her investments at the time and about $150,000 in stock from her old company, Dowe calculated that she had more than enough money to live in Mexico City for at least "a while."

"I had paid off all my debt, I saved money," she says. "And when I realized I didn't want to work again, I did the math."

She is currently on a 1-year residency visa and in four years will be eligible to apply for a permanent visa.

While Mexico City isn't as affordable a place to live as some other parts of the country, Dowe says that the $1,200 rent for her high-rise apartment is still less than she had been paying in the U.S. Overall, her expenses clock in at about $2,300 per month.

While she was traveling, Dowe posted updates about her journey so that her family and friends could follow along. Over time, she grew a following of fans, some of whom reached out for advice.

"Strangers, mostly women, were reaching out to me and saying 'You took a career break? I want to do that too. Can you tell me more about it?'" she says. "I was helping everyone who came along, and eventually I realized this could be a business."

Now, Dowe works as a life coach helping women "who want to take career breaks [and] leave jobs that don't deserve them behind." Her clients are often women who want to live abroad, but don't know if they can.

"A lot of my time is spent showing people the possibilities and showing them what their life would look like if they made the leap too," Dowe says. She also runs a YouTube channel where she documents her travels.

These revenue streams bring in between $3,000 and $5,000 each month. "The income that I am getting from this prevents me from needing to withdraw anything from my investments," she says.

Despite the fact that she runs a successful business, Dowe considers herself retired. She never works more than four days a week and occasionally takes weeks or months off at a time to do whatever she wants.

"A lot of people think retirement means you're not working at all, and if you are working then you're not really retired," she says. "I only do work I love and I only do it when I want to."

Ultimately, her life is designed to sustain the level of happiness she says she experienced while traveling, during which Dowe says she "was the best version of myself."

"I was open, I wasn't stressed, I was allowed to do whatever I wanted to do," she says. "When I had the opportunity to remake my life from scratch, I made the decisions that made me happy."