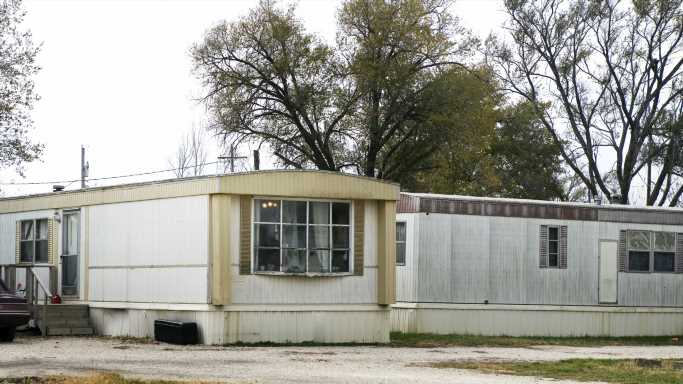 These Are the Poorest Places in the Midwest

The federal government defines the poverty line in the continental United States as $12,880 per year for individuals and $26,500 for families of four — with slightly higher numbers for Alaska and Hawaii. (These meager amounts are still substantially more than the average citizen makes in the 10 poorest countries in the world.)

Not surprisingly, in these difficult times, poverty is affecting more of the population. Between June and November of last year, the overall poverty rate in the U.S. rose from 9.3% to 11.7%, its highest single-year increase since the government started keeping records, according to a report released in December by financial experts at the University of Notre Dame, the University of Chicago, and China’s Zhejiang University.

The rate was even higher for those without a college degree, for African-Americans, and for children under the age of 17 — about 2.3 million of whom fell into poverty over that same six-month period. You will be shocked at how many children live in poverty in your state.

A major Midwestern city holds the dubious distinction of having the nation’s highest percentage by far of citizens living at or below the poverty line — Detroit, at 30.6%. Two other metropolises in the Midwest figure among the ten poorest cities in the country, Chicago (16.4%) and Columbus, Ohio (16.3%).

Click here to see the poorest places in the Midwest.

South Dakota accounts for eight of the region’s 25 poorest places. Missouri comes next, with five. Ohio and North Dakota have three each, there are two each in Illinois and Wisconsin, and Michigan and Indiana account for one apiece. While all these states are also home to well-to-do communities, all too much of the Midwest remains economically depressed — especially those with historically marginalized African-American, Native American, and Latino populations.

Federal stimulus efforts might well help such places, but they will doubtless remain among the country’s most economically vulnerable locations.

To identify the poorest places in the Midwest, 24/7 Wall St. reviewed the poverty rate — the percentage of all people who live in poverty — in the approximately 20,000 places with 500 or more residents using data from the U.S. Census Bureau’s 2019 American Community Survey.

The areas reviewed include cities, towns, as well as unincorporated areas known as Census Designated Places, or CDPs. These are the 50 places with the highest poverty rates. Each area’s median household income and population totals also came from the ACS. All data are 5-year averages through 2019, and do not reflect impacts associated with the COVID-19 pandemic. We only considered places where less than 25% of the population are enrolled in college or graduate school.

Disney CEO wants you back in the parks, mask and all