PayPal has long been known for powering both merchants' and consumers' online payments and running the peer-to-peer payments app Venmo.

Since its 2015 spinoff from eBay, PayPal has continued to grow globally as an independent digital payments company. In 2019, PayPal saw 15% increase in revenue and 25% increase in the number of payments it processed.

And now, digital payments have taken off amid the coronavirus pandemic, with consumers consumers and merchants alike looking for more ways to digitize the way they pay, both online and in-person.

"Digital payments, whether online or in-store, will become an integral part of our daily lives, even when shelter-in-place restrictions lift," PayPal's president and CEO Dan Schulman said during its first-quarter earnings call.

"The steps we've taken over the last several years have positioned us to extend our market leadership in the digital payments industry," Schulman added, referencing PayPal's acquisitions of companies like GoPay, Honey, and Xoom.

"Each of our acquired capabilities take on heightened importance in a time where online and offline have blurred almost overnight for merchants of all sizes," Schulman said, "and where consumers have embraced e-commerce and digital forms of payment as a way of life."

In April, PayPal gained a monthly record of 7.4 million new active users, adding to its first quarter-end total of 325 million (it has long-term aspirations to hit 1 billion users). And on May 1st, it saw a record number of transactions in a single day on its platform. Its stock price surged to an all-time high following the news, and has continued to climb, currently trading around $170 per share.

Here are the 8 execs driving PayPal's growth, launching new products, and positioning the payments giant to take off in an increasingly digital world. 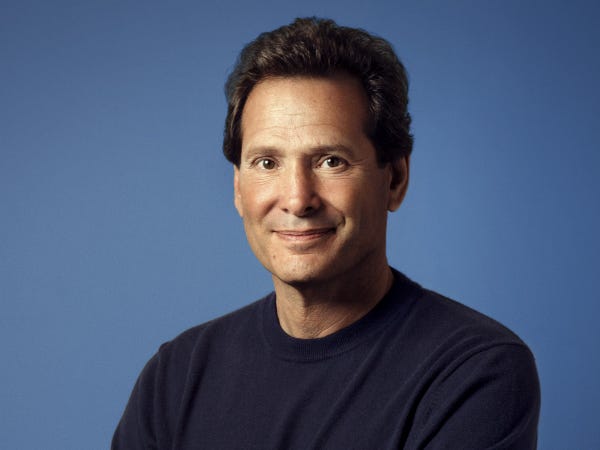 Dan Schulman joined PayPal as president and CEO in 2014, leading the payments giant through its 2015 spin-off from eBay. Under Schulman's leadership, PayPal has seen record volumes and sign-ups amid the coronavirus pandemic. Schulman worked with the US government to facilitate over $1.6 billion in PPP loans and give consumers the ability to receive stimulus payments through PayPal and Venmo.

Schulman has been a vocal advocate for diversity and financial inclusion. In 2016, PayPal canceled plans to open a facility in North Carolina due to a controversial law that restricted protections for the LGBT community. And in 2019, Schulman made every PayPal employee a shareholder and reduced health care costs for roughly half of its 23,000 employees.

A seasoned executive, Schulman was group president of enterprise growth at American Express prior to joining PayPal. Schulman also served as CEO of both Priceline.com and Virgin Mobile USA. Schulman is the co-chair of the World Economic Forum's steering committee to promote global financial inclusion. 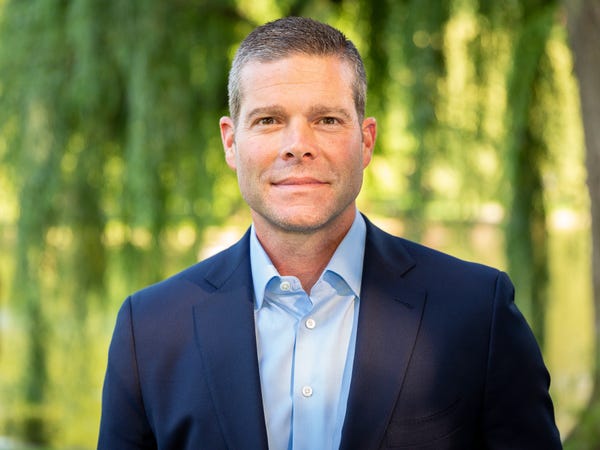 John Rainey joined PayPal in 2015. As CFO, Rainey is responsible for the financial stability of the company overseeing share buybacks, acquisitions, and how the company invests in innovation.

In addition to the finance function, Rainey also oversees the company's global customer service organization. With a focus on the bottom line, he leads efficiency initiatives like automating customer service functions through AI, which he says could save the company $25 million annually, Business Insider has reported. Rainey also decides when and where PayPal should invest in new products, like QR codes as a way to pay.

Prior to joining PayPal, Rainey was CFO of United Airlines. He currently serves on the board of directors of Nasdaq. 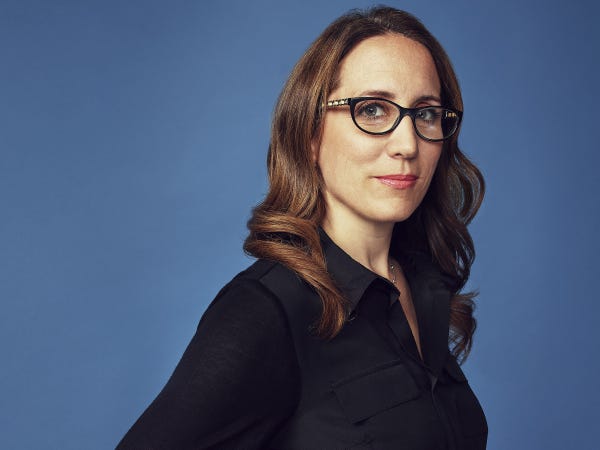 Pentland is responsible for the employee experience at PayPal, from recruiting and retaining top talent to employee financial wellness and diversity initiatives.

Shortly after joining the company as head of HR in 2015, Pentland worked with company leadership to examine how employees were being compensated and then worked with outside counsel to execute a plan to ensure gender pay equity. By the end of 2015, PayPal had achieved gender pay equity and has maintained it since.

Prior to joining PayPal, Pentland was the chief legal officer at Nokia. 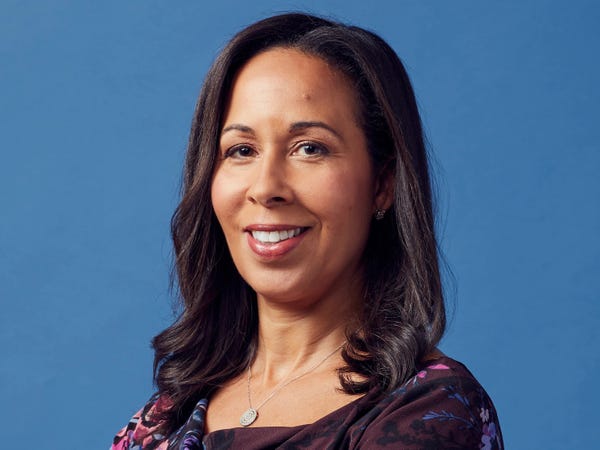 PayPal has seen record numbers of sign-ups this year, both from businesses looking to offer digital payments and consumers looking for new ways to pay online. In the first quarter, PayPal added 20.2 million accounts, of which half were a one-time gain from its acquisition of Honey at the end of last year. Even so, 10 million new accounts was a quarterly record, up from 9.3 from the first quarter in 2019. And in April alone, PayPal added 7.4 million users, an all-time monthly record.

Alford initially joined PayPal in 2011, eventually being appointed as the head of HR. In 2017, she left to serve as CFO and head of operations for the Chan Zuckerberg Initiative, a charitable organization co-founded by Facebook's Mark Zuckerberg and his wife Priscilla Chan. Alford rejoined PayPal as head of sales in 2019.

Alford also serves on the board of directors of Facebook. 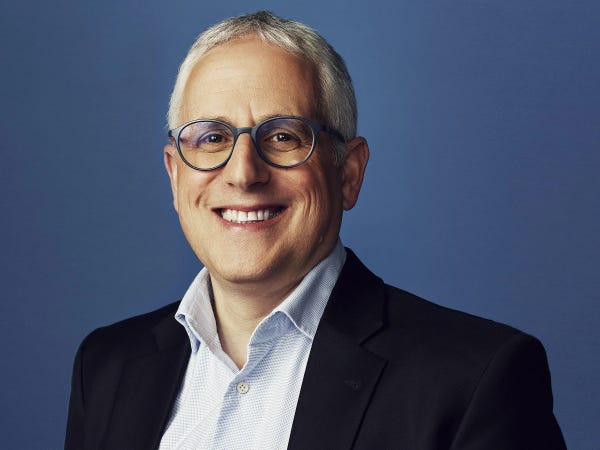 Auerbach joined PayPal in 2015 as SVP of strategy and growth after a short stint leading digital advertising and video businesses and the corporate venture fund at SingTel, a Singapore-based telecom company. Prior to that, Auerbach spent 26 years at McKinsey & Company heading up their North America and Asia tech practices and the South East Asia offices. 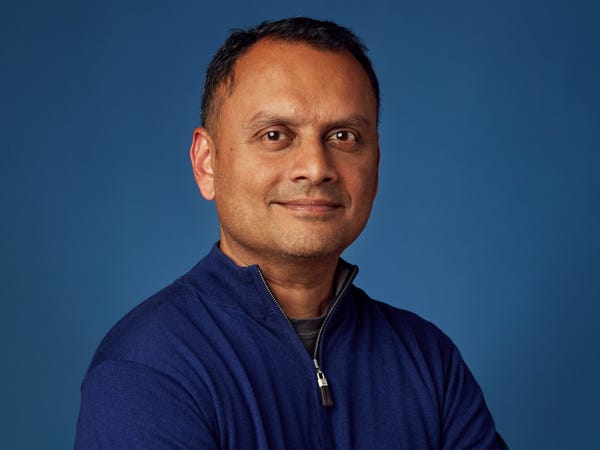 As chief product officer, Mark Britto is responsible for all product development and launches for PayPal.

Part of his remit has been connecting the infrastructure and business units that support the two sides of PayPal's platform: the consumer-facing and the business-facing. And in recent months, Britto has led PayPal's launch of new products like QR codes and spearheaded PayPal's facilitation of PPP loans for small businesses. PayPal has facilitated over $1.6 billion in funding of PPP loans for over 50,000 small businesses. 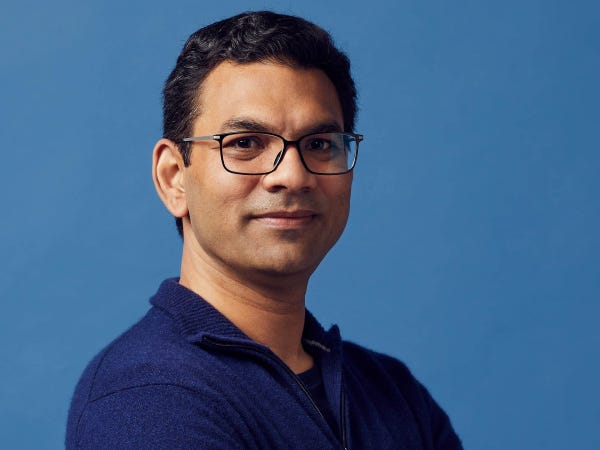 Sri Shivananda started his career as a software engineer, working at eBay for more than 15 years, witnessing eBay's acquisition of PayPal and subsequent spin-off in 2015. Working his way up, he ultimately led the global platform and infrastructure team, which included oversight of both eBay's marketplace and PayPal's payments tech.

In 2015, Shivananda managed the nine-month separation of PayPal's tech from eBay during the spin-off, which involved the migration of over 100 petabytes (a million gigabytes) of data and tens of thousands of servers. He was appointed CTO of PayPal in 2016, and now has responsibility over the payments giant's tech stack and core infrastructure. 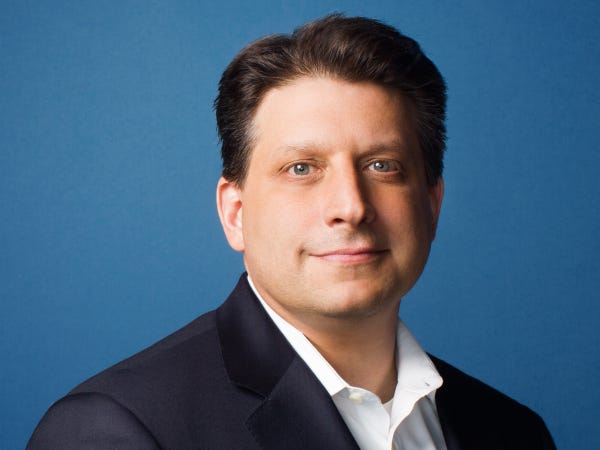 Aaron Karczmer is responsible for PayPal's risk management across its various products and platforms. From anti-money laundering to fraud monitoring, Karczmer oversees PayPal's infrastructure that keeps the platform secure for users.

Leading a team of experts with diverse backgrounds including law enforcement and intelligence, Karczmer has architected PayPal's data-driven approach to combating financial crime.

Karczmer has led partnerships with firms to like Polaris to combat human trafficking and the Center on Crime and Community Resilience at Northeastern University and the University of Chicago Crime Lab to combat illegal firearms trafficking.

Karczmer joined PayPal in 2016, bringing with him familiarity with the public sector and relationships with regulators and law enforcement. Karczmer spent nearly a decade at Amex, where he was deputy chief compliance officer. He also worked in New York County District Attorney's office where he led both identity theft and firearms trafficking investigations and prosecutions.

Have a tip? Contact this reporter via email at [email protected], encrypted messaging app Signal (801-824-5318), or direct message on Twitter @shannen_balogh.