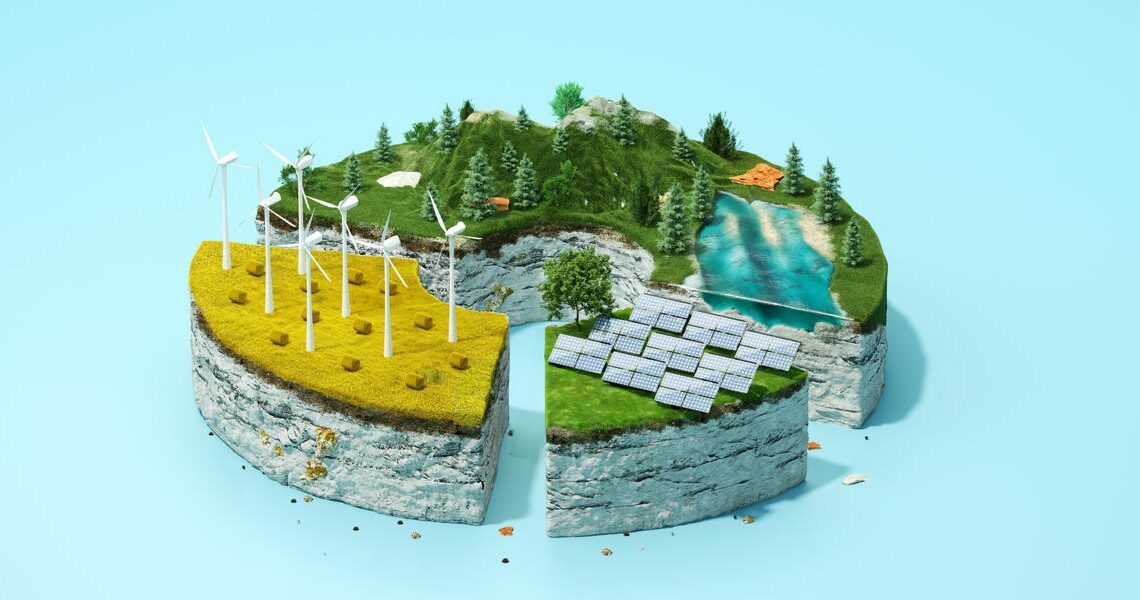 Recent data shows that renewable energy in Europe is at a turning point. In 2020 wind turbines provided almost a quarter of electricity, and renewable energy outperformed fossil fuels in the EU, according to a report from independent climate and energy think tank Ember. The UK generated more power from renewables than non-renewables.

Achieving clean growth, while ensuring an affordable decarbonized energy supply for businesses and consumers, is at the heart of the UK’s industrial strategy. The UK government has legislated that the UK reaches net zero greenhouse gas emissions by 2050 and businesses are more aware than ever of their impact on both the climate and environment.

The Drax Group, which currently supplies 12% of the UK’s renewable energy to businesses, is at the forefront of this UK drive. The group is heavily involved in Zero Carbon Humber – a partnership to build the world’s first net zero industrial cluster and decarbonize the North of England. Drax has kickstarted the planning process for developing bioenergy with carbon capture and storage (BECCS) – a landmark moment in the company’s plans to become a carbon negative company by 2030. It hopes the first unit could be operational in 2027, delivering the UK’s largest carbon capture project, permanently removing millions of tonnes of CO2 from the atmosphere each year.

“The devastating global impact of the COVID-19 pandemic has created the greatest challenge for a generation,” Keith O’Connor, said CEO of Fleetsolve Ltd , which specializes in liquid biofuel combined heat and power (CHP) units. “The short-term halt to normal business activities however, also resulted in positive environmental outcomes including improved air quality, lower emissions and significantly reduced energy consumption. This brief insight to a future low carbon society has both encouraged and accelerated the sustainability plans of many businesses.”

O’Connor said Fleetsolve has experienced a surge in clients both new and existing, keen to fast track their move away from fossil fuel. “Generating renewable, virtually zero carbon heat and power on site from liquid biofuels, is an innovative and highly effective solution to reducing the carbon impact of many large energy consumers such as utility companies, hospitals, manufacturing and infrastructure,” he added.

Fleetsolve uses end-of-waste organic fats, grease, and liquids from a variety of industries including food production, pharmaceuticals, and fast-food restaurants. The renewable fuel source is then deployed into energy efficient enhanced technology used to heat and power a site.

Another big UK development is shorepower technology, plugging cruise ferries into the renewable grid overnight in ports. Having completed more than 150 installations worldwide, Schneider Electric is currently installing the first UK commercial shore power link in Stromness — Orkney Islands — due to go live this year. It will be powered by renewable energy, abundant in Orkney. By plugging into the power grid with 100% renewable electricity and turning off their auxiliary diesel engines, ships at berth in the UK could reduce emissions equivalent to taking between 84,000 and 166,000 diesel buses, or 1.2m diesel cars off our roads. Ships could then avoid environmental impacts of up to £402m a year and reduce a major health hazard.

Research from the Offshore Wind Industry Council (OWIC) shows that the number of people working in direct and indirect jobs in the UK’s offshore wind industry will rise significantly, from 26,000 currently to more than 69,800 by 2026. The private sector will invest £60.8bn billion across the UK over the next five years in developing, constructing and operating offshore wind projects and the average annual investment will be £10.1bn between 2021 and 2026, and investment in 2026 alone will reach a peak of £10.6bn.

In Europe, LevelTen Energy has recently introduced a new European platform which helps businesses invest in renewable energy through power purchase agreements (PPAs). Some of the world’s leading brands including Google and Amazon are using PPAs to invest in renewables, LevelTen Energy wants to make it easy for any business to follow in its footsteps.

Flemming Sørensen,LevelTen Energy’s Europe VP. said, “With climate change concerns mounting and the UK still struggling to clearly roadmap the pathways to net-zero, the continued momentum for UK renewables requires active participation from a wide range of businesses.” He added, “Equally, we see the pressure for businesses to invest in renewables coming from all sides: consumers want to purchase from eco-friendly brands, employees want to work for them, and investors want to purchase shares in them. That’s why entering into power purchase agreements, which bring new wind and solar projects onto the grid, is becoming increasingly popular among big businesses and will be a key driver for the UK’s net-zero ambitions.”

LevelTen and its partners are working with UK businesses to find wind and solar projects that meet economic, environmental and social justice criteria.

By factoring in social justice issues into their procurement decisions, Sørensen said, “corporations can enact positive change that extends far beyond a single deal.”

He added: “Now, to be competitive, renewable energy project developers are evaluating their hiring practices, looking for project locations that will have a positive impact on the local community, and taking a closer look at their own supply chain.”

There is no silver bullet, O’Connor said, “It is through a combination of collaboration, complementary renewal technologies, accountability and investment that together will build a strong and sustainable zero-carbon economy.”